In his last paper, Jacques Monod, one of the founders of molecular biology, described a chemical that negatively affected carbon metabolism in E. coli. However, this catabolite modulator factor (CMF) was never identified.

Monod is famous for his work on the lac operon, which is positively regulated by the global transcription factor Crp (cAMP receptor protein – aka Cap – catabolite activator protein). Crp is one of the best studied transcription factors and regulates hundreds of genes in E. coli. When cAMP is absent, cAMP-independent Crp* mutants develop and although many such Crp* mutations have been studied, the mutation Ala144Thr is the most frequently observed. Why? We found that CrpA144T is activated by a new ligand: the pyrimidine nucleoside cytidine that builds up when E. coli starve and age. Perhaps of more general importance: cytidine also act as Monod’s CMF, negatively affecting carbon catabolism.

Our findings provide clues to the mechanism behind other commonly observed phenomena in microbial evolution and cancer: multiple mutations are often found in genetic hotspots and mutant phenotypes can appear transient. The cytidine-effect on CrpA144T provides a mechanism explaining transient phenotypes: a metabolite (cytidine) builds up in starving aging E. coli and favors the CrpA144T mutation. However, when the mutant is regrown with fresh nutrients, cytidine levels drop and the Crp mutant is less active. This also explains multiple mutations in Crp: when cytidine levels drop, additional mutations conferring cytidine-independence become advantageous (just like classical Crp* mutations confer cAMP-independence) . In other words, the metabolism is key to understanding (transient) genotype-to-phenotype relationships and generation of multiple mutations. A cautious tale that mutations should be studied in the exact environment they originate from!

These observations may also provide clues to another unsolved mystery in living cells: the C’s in DNA are synthesised in a very strange way: Cytidine, CMP and CDP are not synthesized de novo (in contrast to the other nucleotides and nucleosides). Instead, the C’s are scavenged from RNA (CTP is made from UTP and incorporated in RNA, the deoxy variants are made from CDP) or the environment. In other words, you need RNA to make DNA. Why? Our work indicates that cytidine acts not only as a building block in DNA and RNA, but also as a stress signal.

Finally, cytidine is known regulate the heat shock sigma factor RpoH via the cytidine regulator CytR. We found that rpoH expression is heavily perturbed in response to cAMP and cytidine levels and corresponding mutants. Possibly, RpoH plays a much bigger role in carbon catabolism than formerly appreciated. 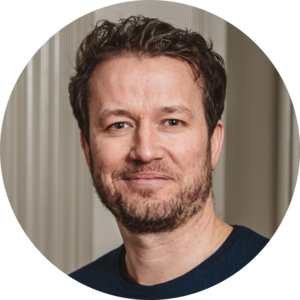