A community from Nature Microbiology
Contributor Nature Geoscience
Behind the paper

Adding diverse topsoil microbes to incubated permafrost induced a strong increase in its respiration and the onset of a missing N-cycling function. Permafrost functioning is limited by its microbial community composition, a hitherto unexplored constraint. 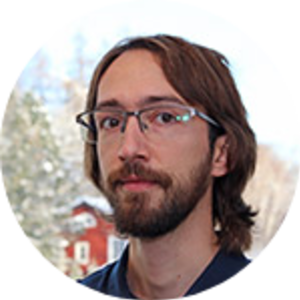 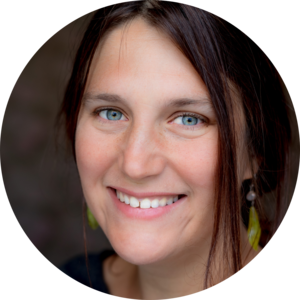 Perennially-frozen ground, or permafrost, stores large amounts of nitrogen and about as much carbon as is found in the atmosphere and in global terrestrial plant biomass. But to a microbial ecologist, permafrost is exciting beyond its 'climate change time-bomb' aspects, as the low temperatures over thousands of years imposed an interesting set of ecological constraints on permafrost microbial communities. Think of microbes in small drops of salt-saturated liquid water entrapped within dozens of meters of frozen ground, with very limited possibility for dispersal and thus access to fresh resources, and non-existent solar or geothermal energy inputs. Add to that the very low temperatures that promote long life cycles, and you also have to cope with background radiation damage within the microbial DNA. It is mostly bacteria and archaea who survive such conditions for thousands of years, and their communities found in permafrost tend to differ strongly from those commonly observed in soils. This was reason enough for us to wonder whether the strong selection occurring over time in permafrost would result in microbial communities that differ not only in composition, but are also functionally different from current-day communities.

We suspected that the permafrost communities might be so specialized to conditions that are about to change rapidly, that they might not be the best decomposers of the abundant permafrost organic matter upon thawing. If this were true, the aseptic way in which permafrost incubation studies are commonly performed might lead to an underestimation of current estimates of future carbon losses from permafrost soils. Because unlike in the lab, in the field there will be a mixing of old and young soils upon permafrost thaw. Such a microbial mix-up occurs through leaching, or thermokarst and airborne introduction of exotic microbial communities. If what we see in the lab is the behaviour of functionally limited microbial communities interacting with their now thawed familiar environment, what we see in the field might be modern microbes munching on long-term untouched organic matter reserves.

In other words, we expected permafrost microbial community functioning to be hampered by missing members and vanished functions (functional limitations), and tried to restore these by introducing new microbes. Similar to a stool transplant.

Upon doing so (a 2.5% soil replacement) we observed that about half of the large ammonium pool was converted to nitrate, while nitrate remained below detection limit in the control permafrost. Equally surprising, we observed a giant +38% increase in CO2 production in presence of the newly introduced microbes. These findings strongly suggest functional limitation in the permafrost community we studied: nitrification seemed entirely absent from the permafrost and respiration of soil organic carbon strongly hampered.

Relating microbial community composition to soil functioning is not straightforward, due to the huge and mostly unknown diversity of soil microbes and their functions, as well as the presumed redundancy of most functions. This makes direct links between community and functioning difficult to witness outside of extreme diversity loss (dilution-to-extinction approaches) or large global datasets. Because of this, our findings were met with healthy skepticism both by us and by our reviewers, which led us to explore alternative explanations in what eventually became an extensive supplementary discussion.

We explored whether additional microbial biomass, or carbon or nutrients introduced along with the microbes upon inoculation could explain our findings, and whether introduced substrates had induced a priming effect. Not the case. Alongside with the introduction of nitrification we observed an increase in the abundance of the functional genes coding for ammonia-monooxygenase A (amoA, the first step of nitrification) in PICRUst-inferred metagenome based on 16S amplicons, and backed these up with additional qPCR analyses. Lastly, with a new set of experiments, we explored whether the increased CO2 production could be generalized beyond this particular permafrost type to three other important types, and beyond our diverse temperate topsoil to three typical Arctic topsoils. They could.

It is too early to claim that projections for the entire permafrost carbon-climate feedback are underestimated because functional limitations in permafrost microbial communities are not accounted for. But we believe it is important to start addressing this question throughout the circum-Arctic permafrost region. For the difference these non-accounted-for microbial dynamics can make to estimates of organic matter decomposition upon permafrost thaw, might be major.