We highlight how trait-based life history strategies can be inferred from omics datasets. Here we report the impact of drought on the physiology of microbes on decaying plant litter.
Ashish Malik
Lecturer, University of Aberdeen
Follow
Like

Climate change is making droughts more frequent and severe. Some regions are more affected than others and Mediterranean ecosystems like those in California are particularly vulnerable. Droughts impact life forms in various ways. Drought stress reduces the activity of soil microbes thereby affecting ecosystem processes like decomposition. To understand the ecosystem response to drought we need to understand the physiological response of microbes to changes in water status. We studied the impact of drought on the physiology of microbes living on decaying plant litter.

In this paper, we report results from two experiments in a Mediterranean ecosystem with a mosaic of grass and shrub vegetation. The first was a 10-year precipitation change experiment to understand the ecosystem-level impacts of drought. This is part of the Loma Ridge Global Change Experiment in Southern California, that was established in 2007. There have been numerous publications from this long-term experiment. It’s a beautiful field site tucked on a hilltop in the Santa Ana Mountain range a few miles inland from Newport Beach.

The second experiment was within the first, aimed at understanding the microbial response to dry-wet cycles on a short time scale. We added rainwater to litter bags at the end of the dry season to investigate the resuscitation response of microbes to a water pulse. Litter in the bags was left to dry for 12 days in the field to also study the dry-down response. This meant multiple trips to Loma Ridge to collect litter, install bags, perform wetting experiment and retrieve bags for microbial analyses. Once litter was brought back to the lab, we used transcriptomics and metabolomics to study changes in microbial gene expression and metabolite production.

We demonstrated some key drought tolerance strategies in microbes. The observed physiological signatures of a decade-long drought treatment highlight how drought history dictates current active metabolism. Drought strategies were linked to osmolyte accumulation and changes in cell envelope structure. We also show that stress tolerance traits trade-off with growth which could have consequences for decomposition rates. However, stress tolerance responses were not clear in shrub communities because shrub litter was diverse and complex which makes it difficult for microbes to grow and constrains their drought response. The mechanisms behind this need to be probed further.

What we could not demonstrate with confidence was the microbial response to dry-wet cycles on a short time scale. This could potentially be due to the wetting treatment not being large enough to elicit a detectable response or due to large amount of variability across the field replicates. Nevertheless, we did observe some key physiological changes in response to wet-up which were linked to reduction in biomolecular repair and osmotic acclimation strategies. The lesson learnt from this experiment was that small differences in microclimate (such as variable moisture and temperature due to shading) can significantly affect microbial active metabolism.

This paper highlights how trait-based life history strategies can be inferred from omics datasets. The next steps should be to link these microbial strategies to process rate measurements to better understand the consequences of microbial physiology on ecosystem functioning. Stay tuned for more on this.

Ashish Malik
Lecturer, University of Aberdeen
Follow
My research interest lies in understanding soil microbial processes and the underlying mechanisms from population and community to ecosystem scales. The aim is to link microbial biodiversity and physiology to element cycling with a focus on soil carbon. A key question is also to determine how environmental change affects these linkages and thus ecosystem functioning.

Gareth (Gary) Trubl
about 2 years ago 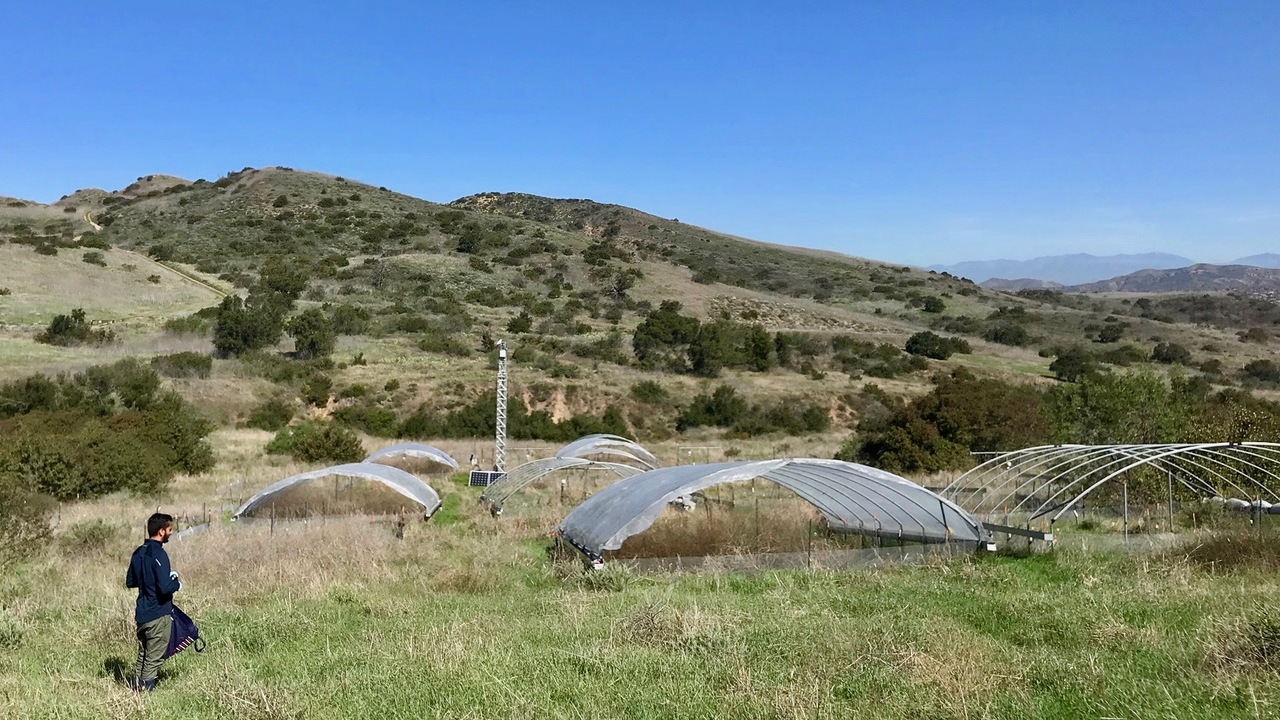 We highlight how trait-based life history strategies can be inferred from omics datasets. Here we report the impact of drought on the physiology of microbes on decaying plant litter.