Marine microbes at the mercy of trace metals

Trace metals are chronically scarce in the oceans. As such, metal requirements and uptake strategies can determine the success of marine microbial groups. In our new paper, we explore how trace metals shape the niche separation of the ecologically important ammonia-oxidising microorganisms.
Roxana Shafiee
PhD student, University of Oxford
Follow
Like

Marine microbes are experts at surviving in extreme environments. Hot springs, brines, polar and high-pressure regions are all colonised by specialist microorganisms that can withstand conditions inhospitable to most life. Often overlooked is that the open ocean, covering most of our planet, is also an extreme environment. Surprising, perhaps, given that the oceans are traditionally presented as teeming with life.

The open ocean is chronically scarce in essential nutrients required by microbial life for growth, specifically trace metals (such as iron, copper and cobalt). While these metals are only needed in minuscule quantities, their availability in the oceans is often less than required, forcing microorganisms to live in a constant state of metal deprivation. Most well-known is the iron scarcity that thwarts microbial growth in around 30% of the surface ocean1. The most successful microorganisms in the oceans both enhance their access to, and reduce their cellular demand for these essential trace metals.

In our new paper, we explore how essential metals dictate the growth and niche separation of microorganisms involved in one aspect of the global nitrogen cycle: the conversion of ammonia to nitrite. Ammonia oxidation is carried out by either bacteria (AOB) or archaea (AOA) and is the first step in nitrification. This process ultimately produces nitrate which is fundamental to marine microbial life, fuelling large phytoplankton and bacteria. This new study builds on previous work where we examined the iron requirements of marine AOA.

In the modern oceans, AOA widely outnumber AOB2,3. The predominance of AOA is traditionally attributed to the fact that AOA are better at taking up ammonium4, which AOA and AOB must compete for as their energy source. But this explanation fails to identify how AOB continue to persist in the oceans if they are poor competitors for ammonia. In other words, what ecological niche do they occupy? Furthermore, it is unclear why AOA still outnumber AOB in environments that theoretically have ample ammonium to support AOB growth.

In our paper, we asked whether AOA and AOB have different requirements for key trace metals. We further questioned whether this could underpin their niches in the ocean. AOA and AOB genomes hint at a potential role for trace metals: AOA genomes use more copper-based proteins in their respiratory chain instead of the iron-based cytochromes found in AOB genomes5-7. There is speculation that this provides AOA with a competitive advantage over AOB in an ocean where iron is vanishingly low and copper is typically more abundant. While genome sequences allow us to speculate over these sorts of ideas, it is important to assess how AOA and AOB growth (physiology) varies in response to changing trace metals. This is because microbes also employ adaptive strategies which change their ability to take up metals which may not necessarily be apparent at the genomic level.

How do we study microbe metal requirements?

In our study, we grew isolates of AOA and AOB under trace metal clean conditions, allowing us to tightly control iron and copper availabilities at the low concentrations found in the oceans. This is a highly meticulous process. It involves careful and precise preparation of culture media and apparatus in a clean laboratory with filtered airflow to minimise airborne metal contaminants.

Our results revealed that AOA and AOB single isolates have opposing responses when exposed to increasing doses of iron and copper. The AOB isolate, Nitrosococcus oceani, required a greater amount of copper to stimulate growth but was more sensitive to copper poisoning at high concentrations compared with the AOA isolate, N. maritimus. In contrast, N. oceani was able to grow at a much lower iron concentration compared with N. maritimus.

These physiological responses are not evident from a basic initial review of AOA and AOB genomes. In fact, AOB genomes encode for a greater number of iron-containing proteins compared with AOA making their ability to grow at lower iron less expected. However, a further look at the genome does provide some insight as to why AOB may be able to grow at lower iron concentrations. AOB typically have iron-specific uptake transport proteins, which are absent from AOA. These specialist iron uptake proteins allow AOB to better discriminate iron from non-iron atoms in the oceanic milieu, leading to more precise iron uptake. The reason that AOA can grow at both lower copper and higher copper concentrations remains to be confirmed. We speculate that it may be due to their unique S-layer and ability to produce compounds that bind copper outside of the cell. This provides an exciting avenue for future marine microbial ecologists to explore.

What are the implications of these contrasting physiologies for the niche separation of AOA in the marine environment?

In the context of previously published research, our work suggests that ammonia oxidation could be limited in particularly copper-deficient oceanic regions such as the northeast Pacific, thereby acting as a bottleneck in the global marine nitrogen cycle. Oceanic copper concentrations can vary by several orders of magnitude, so the ability of AOA to grow across a broad range of copper concentrations is likely to be a favourable survival strategy. This broad copper tolerance provides a potential explanation for why AOA outnumber AOB in the oceans, in addition to enhanced ammonium affinity.

The ability of AOB to grow at a lower concentration of iron compared with AOA suggests that AOB are better competitors for iron in the oceans. These traits align with the maximum abundances of AOB, which are typically seen at shallower depths compared with AOA. In sunlit near-surface waters, AOB would need to compete with phytoplankton for iron but would benefit from the enhanced supply of ammonia associated with the break down of organic matter. A niche in shallower waters supports previous findings that AOB are less sensitive to the effects of photo-inhibition compared with their AOA counterparts8.

While iron is scarce in the modern oceans, this has not always been the case. Before the widespread oxygenation of the oceans around 2.4 billion years ago, iron was a plentiful nutrient, and copper was scarce9. With successive oxygenations, iron became increasingly insoluble and unavailable for marine life, while copper became more available for microbes to utilise in their metabolisms.

It is thought that modern marine microbes retain indicators of the trace metal conditions of the ocean in which they  evolved10. For example, microorganisms that emerged in an ancient, iron-rich ocean tend to have higher iron requirements than microorganisms that evolved later when iron was less available. The greater iron requirement of AOB (but lower copper requirement) at the proteomic level compared with AOA supports an earlier emergence of AOB, aligning with recently published phylogenetic work11. As such, it is possible that AOB were the key players in providing oxidised nitrogen in the ancient ocean, becoming outcompeted by their archaeal counterparts as the oxygen levels in the ocean increased over geologic time.

I am a marine biogeochemist with an interest in understanding how marine microorganisms acquire and use trace metals like iron and copper. 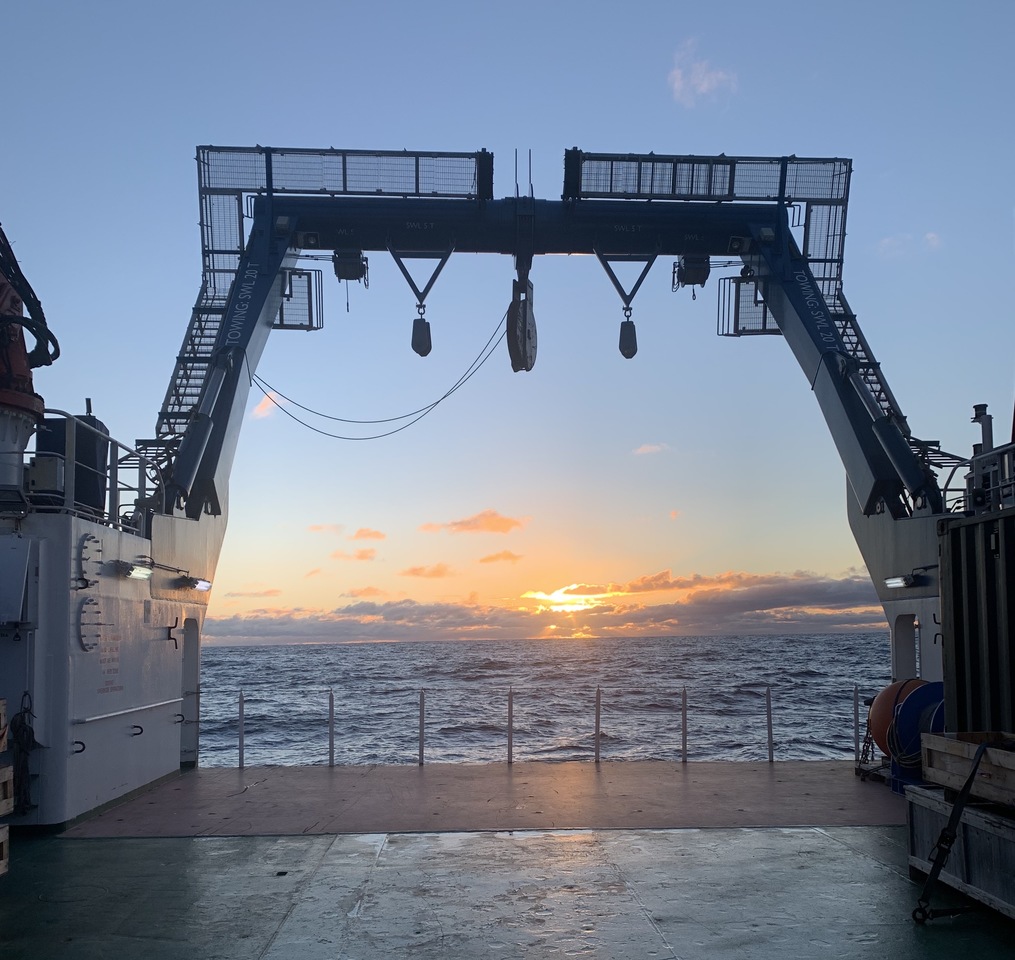 Marine microbes at the mercy of trace metals

Trace metals are chronically scarce in the oceans. As such, metal requirements and uptake strategies can determine the success of marine microbial groups. In our new paper, we explore how trace metals shape the niche separation of the ecologically important ammonia-oxidising microorganisms.