Antimicrobial resistance (AMR) is primarily driven by antimicrobial prescription. However, balancing risk of AMR development against the perceived needs of patients can provide a significant source of conflict, with efforts to assist decision making short in supply.

How to prompt positive change in clinical behaviour in a group of veterinary practitioners is perhaps not the kind of question that many people lose much sleep over, but for those in the world of antimicrobial resistance (AMR), doing just that might well prove crucial to safeguarding the efficacy of antimicrobials for future generations to come.

Why, I hear you ask? Because in true Darwinian style, use of antimicrobials provides a ‘selection pressure’ for evolution of bacteria capable of resisting the effects of the antimicrobials we most commonly use to tackle all manner of bacterial infections. Indeed, resistant infections are increasingly becoming a feature of clinical reality, forcing clinicians to use so-called ‘last resort’ antimicrobials, which themselves have been associated with mounting resistance.

At this slightly gloomy prospect, we would like to offer a little bit of hope! To try to mitigate against such an eventuality, countries around the world have joined in efforts to develop new antimicrobials and vaccines in an attempt to, in essence, ‘out run’ the bacterial evolutionary process. Whilst remarkable, these developments take time – and money - to come to fruition, so in the meantime antimicrobial stewardship, a term used to generally describe efforts at preserving the efficacy of the antimicrobials we have to hand right now, is forming a mainstay of efforts to curb the impact of AMR.

The problem with pets

Unfortunately, antimicrobial resistance has little respect for species boundaries. As with people, companion animals – including dogs, cats, rabbits etc. – are often prescribed antimicrobials, and such use has been associated with development and spread of bacterial resistance. Accordingly, developing effective antimicrobial stewardship approaches in this group of species is of comparative importance to people or livestock.

However, whereas in people particularly, widespread antimicrobial prescription and resistance surveillance systems are relatively well established (these forming a fundamental basis for effective stewardship), the structure of the companion animal veterinary sector presents some significant unique challenges that have hitherto made development of comparative systems and schemes particularly difficult.

Firstly, this sector is composed of many independent self-regulated veterinary practices, each operating their own data management processes. This makes collating data from across the sector particularly difficult. Compounding this, there are no regulatory frameworks outlining legally accountable targets for responsible use of antimicrobials. In other words, convincing practitioners to voluntarily change the way they approach clinical care, with little clear data suggesting that their existing practices are contributing to the antimicrobial resistance issue to start with has proven difficult! Why change what you don’t perceive as being broken?

Gladly, groups of researchers – namely the Small Animal Veterinary Surveillance Network (SAVSNET) at the University of Liverpool and vetCompass at The Royal Veterinary College - have been working hard to tackle the issue of a lack of widescale companion animal health data. Of pertinence, these groups have each reported antimicrobial prescription to be frequent, accounting for ~20% of all medicinal prescriptions in companion animals. Crucially, prescription of HPCIAs is common, particularly to cats.

Those of you familiar with cats know that their combination of claws, teeth and speed often render any attempts to provide daily oral medication both metaphorically and literally painful, resulting in both owners and veterinary surgeons frequently reaching for the easy option of a single jab of cefovecin (a HPCIA), providing a two week ‘long acting’ course of action. Whilst this behaviour is understandable, such ease of use has produced some evidence that cefovecin is being used in clinical situations beyond which it is indicated for; current guidance suggests its use in animals should be reserved only for situations deemed absolutely necessary, such as evidence of resistance to other less critical antimicrobials.

It was at this point that we at SAVSNET were considering what exactly to do next – we have found a ‘problem’, but what of the solution? Could we organise an intervention, could we get people listening, would they take kindly to intervention, and further would such intervention actually change anything at all?

Thankfully, life is filled with happy coincidences, as it turned out that the Quality Improvement (QI) Team at CVS Group Plc (a large veterinary practice group who already voluntarily provided data to the SAVSNET project) were wondering just the same thing, and approached us for help with developing an antimicrobial stewardship scheme in their practices! We both quickly realised that we were on untested ground, and that there was little prior evidence suggesting what might work to prompt voluntary changes in prescribing behaviour… and so the idea of a randomised clinical trial was born.

We started with CVS veterinary practices that were identified by SAVSNET as above average prescribers of HPCIAs. They were randomly placed into three trial arms: a control group, light intervention group and heavy intervention group, consisting of 20 veterinary practices in each group. Light and heavy intervention groups were informed of their outlier status and were offered either remote (light group) or in-person (heavy group) support, in addition to their existing access to the SAVSNET portal which offers free benchmarking for antimicrobial prescription. CVS practice teams in the heavy group were asked to reflect on their HPCIA prescription data and clinical decision-making to develop their own systems to promote responsible prescribing, and were supported in enacting change over a six-month period.

The study results far exceeded our expectations.  Over eight months following initial intervention, both intervention groups were associated with a significant post-intervention decrease in HPCIA prescription frequency in cats; the light group by 17% and the heavy group by 40%.  In dogs, the only significant decrease was seen in the heavy group, which decreased HPCIA prescription frequency by 23%.

The study participants enjoyed taking part and welcomed the opportunity to work together as a team to stimulate change.  Most participants were not aware of their above average prescribing status and found data provided for benchmarking and case discussion most helpful in making improvements, using prescribing guidelines to support clinical decision-making.

This trial demonstrates that companion animal veterinary practitioners respond to notification of being outside of a 'social norm' (i.e. being an above average HPCIA prescriber), and are responsive to involvement in structured antimicrobial stewardship programmes. It also suggested to us that ‘friendly’ (that is, not legislative) approaches to stewardship can work, and that busy professionals are more than willing to voluntarily engage with improvement processes, even if it impacts on their time.

The study findings are now forming the basis of a national veterinary antimicrobial stewardship programme in the UK, with the hope that similar benefits will be realised on a larger scale.  While still in its infancy the programme has, in a short period of time, acted to unite many veterinary practitioners and professional bodies who have been working to improve antimicrobial prescribing for many years.  With the power of many people working towards a common goal, we are optimistic that the programme will have a positive impact on AMR.

Antibiotics kill bacteria… by making them lose half of their body 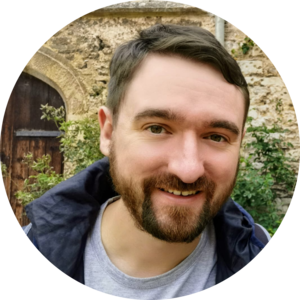