How do fungi navigate through the complex, microscopic, maze-like structures found in the soil? Fungal behaviour, especially at the hyphal scale, is largely unknown, and by using new microfluidic chips we are finally able to take a closer look at what goes on in the microscopic lives of fungi.

Though fungi are often thought of as sessile organisms, their microscopic hyphae move as they grow and actively explore their surrounding environment in search of nutrients. Because of the opaque nature of the environments where fungi grow (the soil, inside wood, or other plant or animal tissues), understanding the behaviour of hyphae in their natural environments has been elusive to scientists. In our publication Fungal foraging behaviour and hyphal space exploration in micro-structured Soil Chips, we present a unique peek into how hyphae of seven different Basidiomycete litter decomposers navigate and problem solve in microscopically heterogeneous environments.

When this project first started up, I was hired as a postdoc in the newly formed lab of Edith Hammer at Lund University in Sweden to work with developing microfluidic systems simulating the microscopic heterogeneity of soil. By a unique collaboration with the biomedical engineer Pelle Ohlsson who normally specialises in acoustofluidics (separating cells in microfluidic systems using sound waves), we were able to design and develop a microfluidic chip that simulates several of the different challenges that hyphae are faced with when growing through the microscopic pores of the soil – narrow passages, sharp turns, and maze-like obstacle courses. 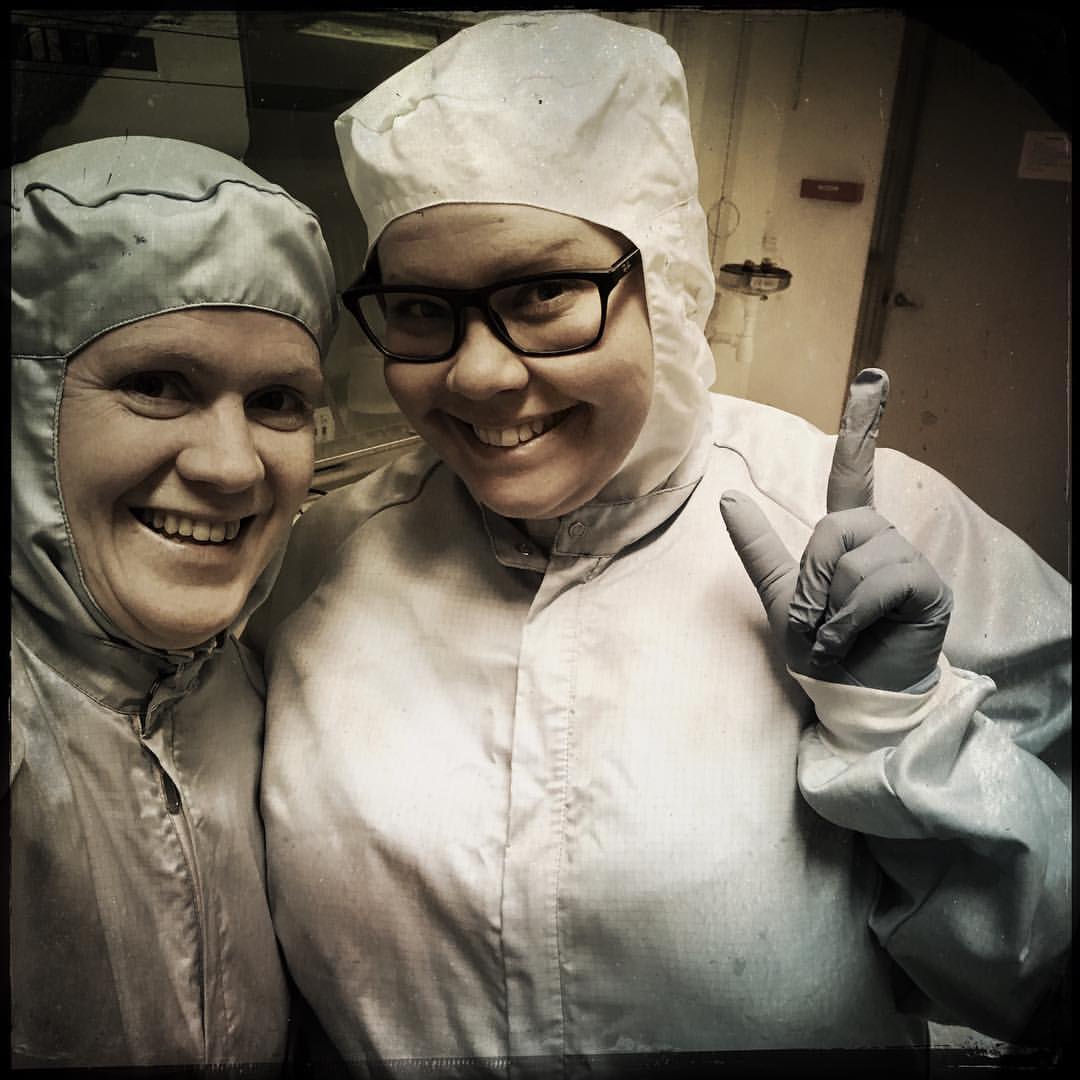 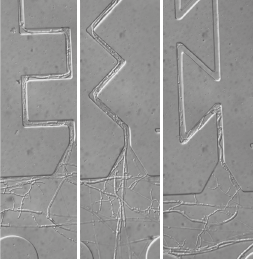 Initially we had little knowledge about whether we were going to be able to get the fungi to actually grow into and explore our systems. A few earlier studies had indicated that it was possible to grow fungi inside microfluidic channels, but most of them had used nutrient media- or water-filled chips, whereas we wanted to see if the fungi would explore pristine spaces without necessary getting a reward. The first chip designs that we tried out were sun-shaped with lots of channels protruding in every direction from a hole in the centre where a fungal plug could be placed. While these chips gave us proof of concept that the fungi were willing to colonise even empty channels, it also made us aware that there might be big differences in how the fungal hyphae go about exploring their environment, even between species that are all considered to have the same nutritional strategy (litter decomposers).

We quickly realised that we needed a more elaborate design to be able to properly compare how the different fungi explored their environment and challenge them with various obstacles to see what their limits and preferences were. This is how the design of the Obstacle chip came about. I wanted to make a chip that allowed us to test many different fungal abilities in one chip so that we could compare them. You could say that the design of the Obstacle chip contains several different experiments within itself as it has sections that challenge the fungal hyphae with narrow passages to grow through (channels ranging between 20-4µm in width), sudden openings (simulating an encounter of a larger pore space in the soil) and increasing angles (examining how willing the hyphae are to turn and grow back towards themselves). We also thought it would be interesting and fun to see whether the fungi would be able to complete a longer series of mixed obstacles, and therefore I put together a combination of different patterns and designs to make two different types of obstacle courses, one larger and one smaller which allowed us to observe if the fungi were indeed able to advance past more complex situations or choose the easier route when presented with options. 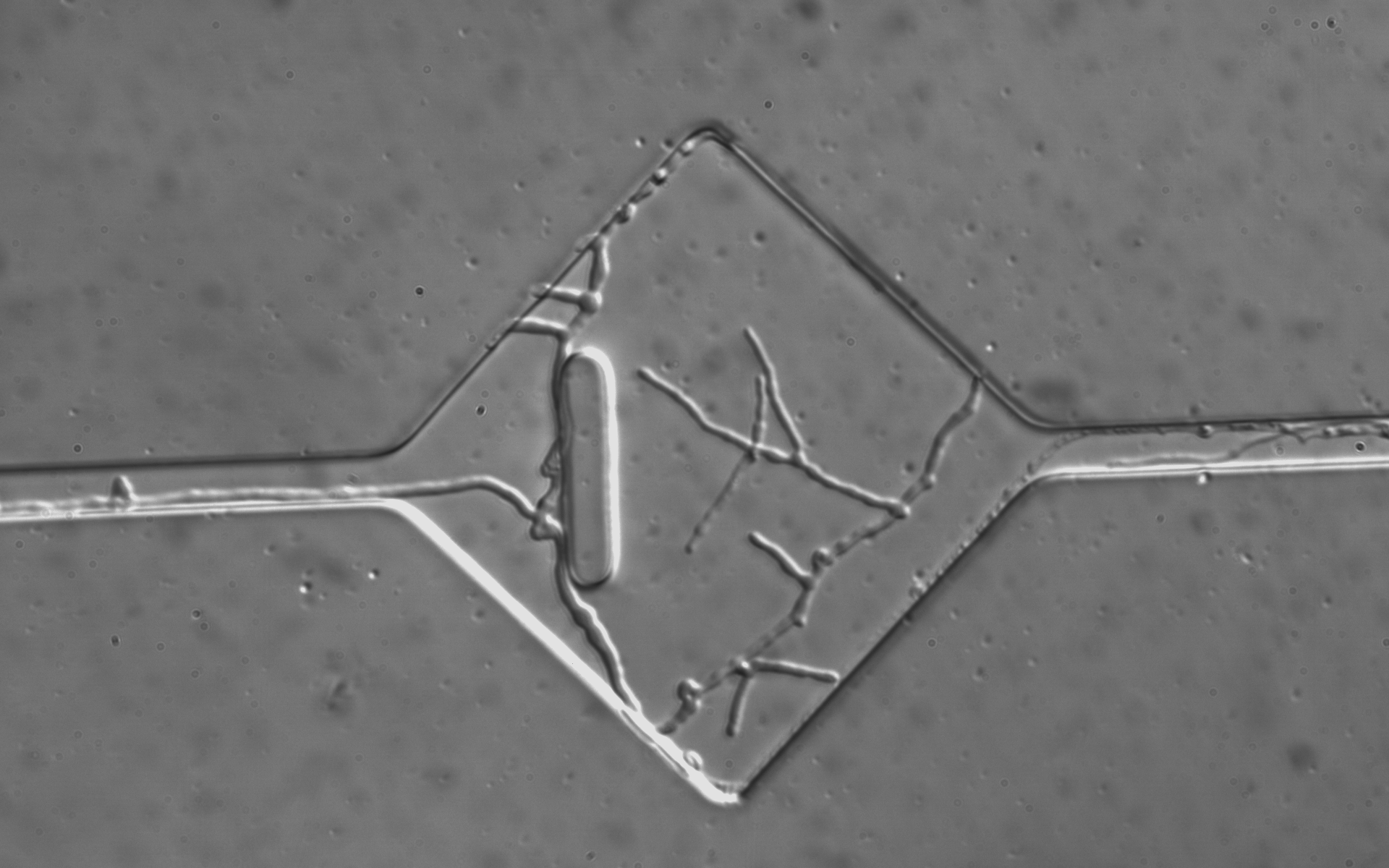 After fabricating the chips, it was an exciting wait to see whether the fungi would grow into the chips, and quite amazing to get to follow them day by day as they made their way through the chips and obstacles that we had set out for them. Spending that many hours in front of the microscope, it really felt like it gave me a chance to get to know these fungi and better predict how they would respond in different situations. I believe that often, too many generalisations are made around fungi simply based on the fact that we are not able to properly observe them and their behaviours in their environment. Because if you take a closer look, fungal species may differ in their behaviour just as much as animals. 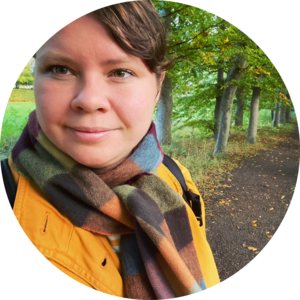