Let’s see where the phages take us

Isolation of phages associated with the gut commensal Bacteroides thetaiotaomicron reveals a link between cell surface structures, including phase-variable capsular polysaccharides, lipoproteins and S-layer proteins, and susceptibility to phage infection.

One of my favorite parts of being a scientist is the confluence of ideas, perspectives, and expertise that lead to new research directions. Our paper “Phase-variable capsular polysaccharides and lipoproteins modify bacteriophage susceptibility in Bacteroides thetaiotaomicron,” published today in Nature Microbiology, is the result of such a confluence. Here, Eric Martens and I take turns highlighting the motivations and events that led to the paper from each of our perspectives.

This study has origins in papers from Jeffrey Gordon’s lab, but has been a long and twisted path, underscoring the unexpected fortuity that science often brings! Those early papers, Sonnenburg et al., 2005 Science and Martens et al., 2009 Journal of Biological Chemistry, revealed that B. thetaiotaomicron changes capsular polysaccharide (CPS) expression both in vivo and in vitro as a function of its nutrient environment or the particular nutrient utilization genes that it is forced to express. This raised the intriguing hypothesis that certain polysaccharide nutrients were optimally assimilated by B. thetaiotaomicron cells that express certain CPS on their surface.

While testing this hypothesis by creating strains with less complicated CPS would be exciting, when I joined the University of Michigan in 2009 I thought it would it be a disastrous mentoring decision to give a new graduate student, in a new lab, a project that requires such complicated and time consuming genetics to even set up the first experiment. So, I began making the mutants myself whenever I had free time, which eventually led to deletion of 6/8 individual CPS in 6 different lineages, which would ultimately blossom further to become the 8 single CPS expressing strains. Nathan Porter joined the lab 2 years after I started this process (about the amount of time it took me to make the first 6 lineages) and, a bit more confident, I described the above hypothesis to him and promised him that he would be able to write many exciting papers using those strains. Nathan finished deleting the last two CPS, plus making an acapsular strain, locking invertible promoters in the “on” position and bar-coding the strains, plus re-sequencing them for mutations that arose during construction, all of which was an immense amount of work itself. When Nathan finally got to test the original hypothesis, there was extremely little support for the idea that individual CPS play significant roles in B. thetaiotaomicron glycan utilization! In need of a new direction, Nathan began competing these strains against one another in germfree mice. He ultimately discovered that 3 CPS in particular promote increased competitive fitness, but CPS5 is the best among these, particularly in the presence of adaptive immunity (Porter et al., 2017 Cell Host & Microbe). While these findings were intriguing, we were unable to determine the mechanisms through which CPS5 exerts this effect.

In parallel with the experiments described above, we were constantly thinking about why else B. thetaiotaomicron would have such an elaborate repertoire of surface CPS. Inspired by a paper by Reyes et al., 2013 PNAS—which demonstrated that Bacteroides phage could be introduced into the gut, transiently reduce their apparent bacterial target, and then the bacteria would rebound and the phage disappear from detection—we began thinking about roles for CPS in phage interactions. Since we had started sharing the single CPS strains with several labs and collaborators to maximize the chances of finding out what roles CPS perform, Andrew Hryckowian became separately and similarly inspired (see below).

In a lab that mostly works on B. thetaiotaomicron biology, there was much trepidation about bringing unknown phage that prey on this species into the lab. Nathan was meticulous about precautions: he worked in a separate room, used dedicated equipment and anaerobic jars and sprayed everything with bleach at the end of each experiment. During the early phage-hunting experiments, we pondered a number of questions. One of which was “Why can we still get phage out of wastewater that infect this strain that’s been in freezers since the late 1960’s, wouldn’t circulating bacteria or phage have mutated during the last 50 years?”. Another was “Why don’t enrichment cultures containing B. thetaiotaomicron plus wastewater lyse all of the cells even though phages are present when they are plated to form plaques?”. Ironically, CPS were a major part of this symbiont’s phage resistance mechanism and illuminated answers to those questions. While we’re still only part of the way down a road that began over 10 years ago, we finally have some satisfying answers about the biological role of Bacteroides CPS!

I was initially motivated to study B. thetaiotaomicron-infecting phages during a Sonnenburg lab meeting led by Jonathan Lynch in 2015. Jon showed impressive videos he captured of B. thetaiotaomicron where, at high cell densities, the spacing between cells was commonly uniform and compact. However, every so often, a cell and its daughters would be more spaced out (e.g. center left in the banner image, above [thanks Jon!]). Jon called these cells “super spacers.” Because super spacers were never observed with an acapsular strain of B. thetaiotaomicron, Jon reasoned that he was visualizing heterogeneity in capsular polysaccharide (CPS) expression between cells in the wild type strain.

Prior to this meeting, I didn’t appreciate the complexity of Bacteroides CPS expression. As it turns out, gut resident Bacteroidetes commonly encode multiple cps loci and B. thetaiotaomicron VPI5482 encodes 8 distinct CPS. Jon also mentioned that a heroic graduate student (Nathan Porter) from Eric Martens’ lab generated a panel of 7-way capsule deletion mutants in VPI5482, such that each strain expressed 1 of the 8 cps loci (see above). The room was buzzing with ideas of ways this panel could be used to probe microbiome structure and function.

Considering that CPS impact the ability of phages to infect bacteria (previously documented in Klebsiella, E. coli, etc.), I hypothesized that each of these strains would be susceptible to different subsets of phages. Bryan Merrill and I subsequently purified phages from primary effluent from the San Jose-Santa Clara Regional Wastewater Treatment Plant in San Jose, California. It was my goal to use these phages as tools to understand roles and identities of phages in the gut microbiome.

I learned that Nathan also had phages on the brain (and in hand) after Justin returned from giving a seminar in Michigan. He suggested I reach out to Eric and Nathan to start a collaboration. I sent Eric some of my preliminary data and planned future directions. He reciprocated by sharing their preliminary data and planned future directions along with the response, “I would propose that we move forward in the spirit of collaboration and see where the phage take us. I'm guessing there will be many directions and opportunities for follow up by everyone.”

Soon, Justin, Eric, Nathan, and I were regularly meeting to discuss our findings, sharing reagents, and traveling to conduct side-by-side experiments to make sure our methods were sound. In both Michigan and California, several other people in the labs got caught up in the phage enthusiasm and played critical roles in getting the paper to the stage you see it. In many ways, this paper is a testament to the value of being open in sharing preliminary data and reagents. I hope to emulate this sort of collaboration many times in the future, with my friends in Michigan and elsewhere.

Is a better diet one of the keys to mitigating C. difficile infection? 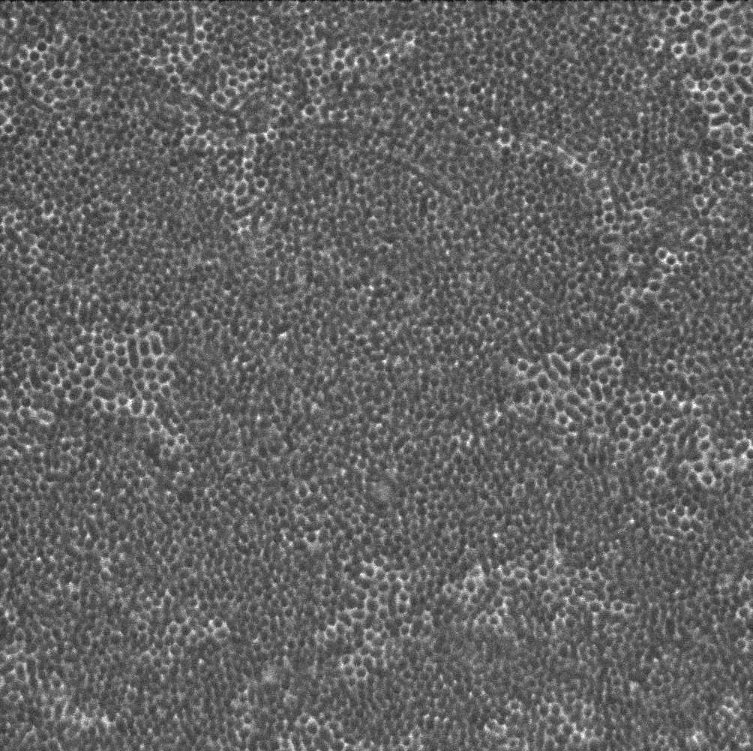 Let’s see where the phages take us