A community from Nature Microbiology
Contributor Nature
Behind the paper, Coronaviruses: Past, Present and Future

Learning from the Wuhan COVID-19 Data on the Fly

+1
Chaolong Wang and 1 other View all
Professor, School of Public Health, Huazhong University of Science and Technology
Follow 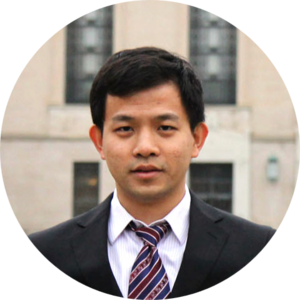 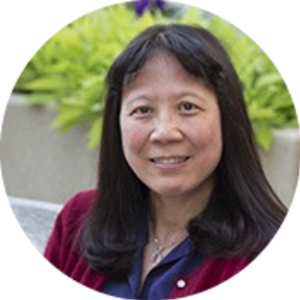 On January 20, Wang left Wuhan together with his family, heading back to his hometown for the Chinese New Year. While he had been hearing about the “pneumonia of unknown cause” from the news since December 31, his daily life and plans for the holiday were largely unaffected. Soon after landing at his destination, he received the alarming news about the confirmation of human-to-human transmission of the disease, which was later named COVID-19. Three days later, on January 23, the unprecedented cordon sanitaire of Wuhan was announced. While shocked, he knew the family’s return flight to Wuhan scheduled for the next week had to be canceled.

Wang watched the news about Wuhan every day, seeing the number of cases rising quickly. Many of the healthcare workers exhaustedly fighting on the frontline were his colleagues in Tongji Medical College and affiliated hospitals. At the early stages of the outbreak, people knew little about this new disease, except that it was a respiratory disease caused by a coronavirus similar to the SARS-CoV that hit China 17 years ago. In the absence of effective drugs and vaccines for COVID-19, a series of vigorous non-pharmaceutical interventions were quickly implemented in Wuhan to block potential transmission routes. By then, it was clear the economic price of the interventions would be enormous, but their effectiveness was unclear. Thus, a team of public health researchers, including Wang and his colleagues at the Tongji School of Public Health, quickly assembled to help evaluate the interventions and predict epidemic trends. The team consisted of members on the expert consultation committees for COVID-19 at municipal, provincial, and national levels, infectious disease epidemiologists, and quantitative health scientists.

On the other side of the Pacific Ocean, on a weekend in mid-February, Lin wrote a note to Wang, her former postdoctoral fellow, to check on how he and his family were doing during the outbreak. Wang mentioned that he and his colleagues had been analyzing the epidemic data to help control the outbreak in Wuhan. Seattle had already seen its first case in mid-January, and Boston had a first case in early February. Sensing a spread was plausible in the US, Lin decided to join forces with Wang and his colleagues to help analyze the Wuhan COVID-19 data. The team was collectively motivated to use their expertise to gain knowledge that could help Wuhan, the US and other countries fight against the disease at a critical time.

The most challenging part of the research was to perform real-time analysis by developing new models of transmission dynamics on the fly, as not much was known about this new disease and the outbreak was evolving quickly. Some of the Tongji team members were on the battlefield, running between government agencies, hospitals and communities across Wuhan to collect data and provide feedbacks to the authorities, while others had to work from home due to the strict stay-at-home policy, assembling information and performing analysis on the computer. The team telecommunicated frequently and worked hard day and night under extreme time pressure. What kept them going was a strong desire to share findings with others as early as possible to help Wuhan, the US and the rest of the world combat COVID-19, which by then had become a pandemic. A draft of the research paper was finished in four weeks and preliminary findings were published as a preprint on MedRxiv on March 6. Lin tweeted a summary of the findings on that same day which was subsequently widely retweeted.

On March 10, Harvard University announced classes would be moved online, employees would work from home, and students would not return to campus after the school’s spring break (March 16-20). After discussing with colleagues, Lin decided to give a local Zoom seminar before the start of the spring break on Friday, March 13 to share the findings of the MedRxiv preprint with the Harvard community to help colleagues with planning and strategy development. The Harvard IT team, along with assistance of staff from the Biostatistics Department and Harvard T.H. Chan School of Public Health (HSPH), quickly arranged a Zoom meeting to allow for a large number of attendees. Lin went to the empty HSPH on Friday, March 13 to give the Zoom talk in the IT media room. This was to be the last time she was to go to the HSPH campus. She has not returned during the four and half months since then.

Given that so little was known about the disease, the key takeaways in the MedRxiv preprint and this Harvard talk and Lin’s subsequent talk at the Broad Institute on March 20 provided the community with useful information at a critical time, including the effectiveness of intervention measures used in Wuhan, the risk factors associated with the virus infections, and the vulnerable groups that needed to be protected, such as healthcare workers (HCWs) and elderly people. Lin showed in her March 13 talk using the Wuhan data that HCWs were at a higher risk of infection, especially in the absence of interventions, and demonstrated that Personal Protective Equipment (PPE) for the HCWs in the US was inadequate compared with what was being used in Wuhan, e.g., a lack of medical goggles, face shields, caps, and full protection suits. To her surprise, her three slides conveying this message were widely distributed during the weekend among HCWs. She received many emails from HCWs. In response to this talk, on March 16, a few physicians launched a national petition that called for comprehensive PPEs for US HCWs, which resulted in >2 million signatures, and national efforts to help HCWs obtain PPEs. To help the UK, Lin served as a witness on April 17 and discussed the findings of the Wuhan study at the COVID-19 evidence session of the Science and Technology Committee of the UK Parliament. The Committee later made ten recommendations in a letter to the UK Prime Minister Boris Johnson.

The team’s analysis of the association between public health interventions and the epidemiological characteristics was published in JAMA on April 10, two days after the reopening of Wuhan on April 8. After having worked remotely in his hometown for nearly three months, Wang returned to Wuhan soon after the reopening of the city. He was pleased to see that Wuhan had suppressed the local outbreak, thanks to the heroic frontline efforts of HCWs and full compliance of the residents to mask wearing, drastic social distancing, and isolation and quarantine measures for nearly three months. But that was not the end of the pandemic.

As many countries in the world confront COVID-19, the research team hoped to share the knowledge and lessons gained by modelling the epidemic in Wuhan to help these countries understand the features of the disease, develop effective intervention strategies, and plan successful reopening playbooks. Therefore, they continued to refine their models and analyses as they learned more about the virus. The modelling paper, entitled “Reconstruction the full transmission dynamics of COVID-19 in Wuhan”, was submitted to Nature in early April and was recently published on July 16, 100 days after the reopening of Wuhan.

The modelling study reveals two key features of the virus: high transmissibility and high covertness. High transmissibility means the virus is very contagious in the absence of interventions. The study shows the basic reproduction number was 3.5 without interventions. High covertness means that virus infections are hard to detect because many infected individuals are asymptomatic or mildly symptomatic. The study shows that till March 8, about 87% of cases in Wuhan might have gone undetected. It suggests that the detected cases were the tip of the iceberg. The stringent interventions implemented by the city helped block the transmission by these undetected cases. The results of this study were consistent with several serological studies in Wuhan, the US and other parts of the world, including the recent CDC serological study in 10 sites in the US, which found the total numbers of COVID-19 cases were likely 6 to 24 times higher than were reported using the PCR test.

The combination of contagious and covert features suggest that combating COVID-19 is much more challenging compared to SARS and MERS. We would like to share two key take-home messages. First, public health interventions are important and effective. Asymptomatic and mildly symptomatic cases may be as infectious as symptomatic cases, based on comparison of their viral loads. Even if it is not possible to detect all cases, interventions and control measures such as test-trace-isolate, universal mask wearing, social distancing, and avoiding the 3Cs as recommended by the World Health Organization (Crowded places, Close contact settings, Confined and enclosed places), can effectively block the transmissions stemming from undetected cases. This is likely how Wuhan was able to suppress the local outbreak. Second, it is important to avoid reopening and lifting control measures too early, because when the number of detected cases is not low, the numbers of undetected cases, or unascertained cases, are not low either. In fact, they can be substantially higher. To reduce the chance of a second wave, consider reopening when the number of cases is sufficiently small, ensure that control measures continue to be in place, and keep up with the compliance with public health measures after reopening. Remain vigilant and wear masks! We are stronger when fighting against the virus together.

By Chaolong Wang and Xihong Lin

Chaolong Wang is Professor of Epidemiology and Biostatistics at the School of Public Health, Tongji Medical College, Huazhong University of Science and Technology, Wuhan, China. Email: chaolong AT hust.edu.cn

Papers from the team:

Back to Coronaviruses: Past, Present and Future
Next

More about me and my research can be found at http://chaolongwang.github.io/
Follow