Shimoda et al. present evidence that a small functional peptide derived from the KSHV transactivator could be used to target MYC in cancer. The authors find that the peptide attenuates MYC expression, reduces cell proliferation, and selectively kills cancer cells in tissue culture and a xenograft tu…

“Can somebody tell us what is unique about a virus?” A professor’s voice left a short, uncomfortable silence in the theater-like classroom. I know the word, “virus”, but what is it? A brave classmate raised his hand high and announced confidently: “A virus cannot live without the host cell.” His words landed like a splash of fascination, creating waves of curiosity around viruses for many years since I left that moment. Yes, a virus needs a host cell to replicate itself to win the survival games.

Today, I work with Dr. Yoshihiro Izumiya’s group at the University of California, Davis, where we are tackling Kaposi's sarcoma-associated herpesvirus (KSHV), also designated as human herpesvirus 8. KSHV is the causative agent of devastating diseases: Kaposi’s sarcoma, two human lymphoproliferative diseases, primary effusion lymphoma (PEL), multicentric Castleman’s disease, and was more recently described to be associated with KSHV-inflammatory cytokine syndrome (KICS). Like all other herpesviruses, the KSHV lifecycle consists of two phases: the dormant latency phase and the active lytic replication phase.

In latency, viral genomes attach to the host cell chromosome as nuclear episomes and only a few viral genes are actively transcribed. The transition from latency to lytic replication (where viral particles are actively produced) is initiated by the expression of a single viral transcription factor, the ORF50 protein, which is also referred to as K-Rta. The expression of viral ORF50 protein alone possesses a strong transactivation function, which is sufficient to trigger the KSHV lytic gene expression cascade from latent KSHV chromatin. In virus replicating host cells, many important cellular functions, such as cell proliferation, are downregulated, because important apparatuses for gene expression are appropriated by the virus for their robust replication. During lytic replication, more than 40% of the host cell’s total transcription activity is dedicated towards KSHV production. This suggests that the virus evolved a highly efficient mechanism to hijack the host transcription machinery.

One sunny California day, an idea came to Dr. Izumiya’s busy mind - a reverse hijacking strategy. “Can we use virus proteins such as ORF50 protein to control cellular functions? What if we isolate a specific viral protein functional domain and use it as a competitor to attenuate cellular protein functions?” The ORF50 protein carries DNA binding and dimerization domains at the N-terminus and a transactivation domain at the C-terminal region. Using a combination of state-of-the-art molecular biology technologies and the accumulating knowledge in the KSHV research community, including our studies done by Dr. Lyu in Dr. Izumiya’s group, we identified host proteins that interact with K-Rta domains. Sure enough, the list of interacting proteins includes several important factors required for the host gene transcription, revealing the clever strategy of the virus to use these proteins for its own replicating business. Soon after, Dr. Izumiya’s group successfully identified a small peptide-derived K-Rta sequence, which attenuates overheating cellular transcription factors, such as MYC. We named the peptide VGN50 (Virus de Gann wo Naosu ORF50), a Japanese name that translates to “curing cancers with viral protein(s)”

Among many molecular target candidates, MYC protein is still one of the most important oncogenic therapeutic targets. MYC is a multifunctional host cell transcriptional factor that controls a variety of cellular functions, including cell cycle, cell growth, apoptosis, and cellular metabolism. MYC is overexpressed in many cancers, due to the high demand for metabolism for continuous cancer cell replication. However, MYC has been considered an "undruggable" target due to its unstructured nature. Furthermore, a drug that simply blocks a single molecule or pathway involved in MYC expression can be circumvented by other pathways that can activate MYC. Instead, a transcriptional complex that MYC itself requires for its downstream gene transcriptional activation may be a more effective drug target to overcome chemoresistance. In this context, mechanistically, VGN50 functions as a decoy to block the recruitment of coactivator complexes consisting of Nuclear receptor coactivator 2 (NCOA2), p300, and SWI/SNF proteins to the MYC promoter in cancer cells. Thus, VGN50 blocks MYC from doing its job. We were also able to demonstrate that the peptide reduces cell proliferation and selectively kills cancer cell lines in both tissue culture and a xenograft tumor mouse model thanks to excellent teamwork.

Viral proteins have naturally acquired the ability to control cellular machinery under significant pressure from host defense mechanisms during the co-evolution with host species – like us, human beings. Through co-evolution, the viral protein is shaped to maintain a consensus sequence, which plays an essential role in the function of interest. Therefore, virus peptides are a potent resource for drug development to regulate specific cellular protein functions. As proof of concept, we have identified VGN50 and studied the mechanism of action to demonstrate that VGN50 can be useful to block MYC-dependent cell activities.

I am so grateful to have been able to join the journey – many thanks to the NCI Center to Reduce Cancer Health Disparities (CRCHD) Continuing Umbrella of Research Experiences (CURE) program that provided me with support during re-entry to medical research. Please check out this wonderful program if you have a passion for medical research despite a hiatus period due to whatever the reason is. I hope you will find a way as I did.

So, what would be the next? Well, our efforts continue. We are identifying more functional and useful peptides from the virus with the hope of curing diseases with the virus's power. After all, the herpesvirus encodes 80+ proteins, and the virus regulates many other cellular functions!

Click the link to read our full study published in Communications Biology. https://www.nature.com/articles/s42003-021-02853-0 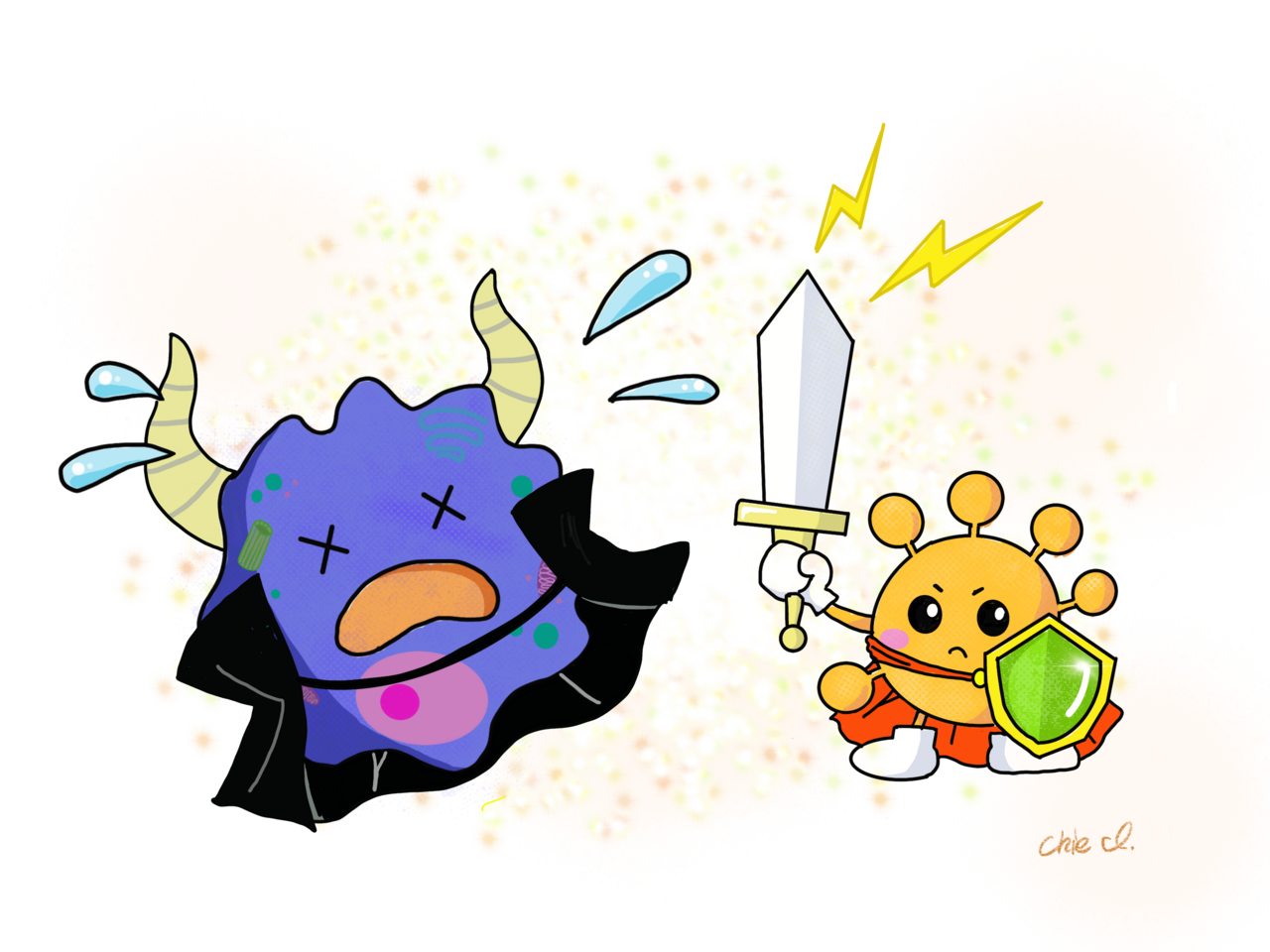 Viral proteins have naturally acquired the ability to control cellular machinery. Therefore, they are a potent resource for drug development to regulate specific cellular protein functions. As proof of concept, UC Davis researchers have identified VGN50 that can block MYC-dependent cell activities.