In vaccine development, scientists are often confronted with the dilemma that conserved proteins are not good targets and good targets are not conserved. Here I shall call this challenge the Jenner's Dilemma, in honor of Edward Jenner (1749-1823), who discovered and coined the term "vaccine".

Jenner's Dilemma is an expected consequence of the co-evolutionary arms race between a microbial pathogen and its host. Microbes rely on variable cell-surface proteins to evade host immunity and establish infection. If, hypothetically, host-invading proteins do not vary, the host would quickly evolve immunity and drive the pathogen population to extinction.

The outer-surface protein C (OspC) is an embodiment of the Jenner's Dilemma in the Lyme disease pathogen, Borrelia burgdorferi. OspC is immuno-dominant, making it an attractive vaccine target (Barbour and Travinsky 2010). Yet OspC is highly variable, with ~20 major variants co-existing in the pathogen populations in the Northeast United State where Lyme disease is heavily endemic (Wang et al. 1999).

This paper reports a novel vaccine design that has the potential to break the spell of the Jenner’s Dilemma. We have been searching for OspC-based diagnostics and vaccines for over two decades (Ivanova et al. 2009). The key inspiration and breakthrough came during the summer of 2018 when I attended the Genetic and Evolutionary Computation Conference (GECCO) in Kyoto, Japan. The GECCO conference showcased a kaleidoscope of evolution-inspired computational algorithms and their myriad applications in engineering and artificial intelligence, from designing robotic fish to composing songs. More practically, the conference opened my eyes for wonderful software tools available for implementing evolutionary algorithms including the DEAP library in Python and the GA package in R (Scrucca 2013), two software packages critical for the success of the present study.

Our approach is premised on the co-evolutionary arms race between the pathogen and host and, more specifically, the “strain model” developed by Gupta and colleagues (Gupta et al. 1996). The second theoretical underpinning is the immune selection model proposing that antigenic differences between antigen variants are correlated with their sequence differences (Georgieva, Buckee, and Lipsitch 2019).

Armed with the software tools and the evolutionary and immunological theories, we started to design OspC-based vaccine candidates by computationally minimizing their sequence differences with the natural variants. It turned out that genetic algorithm was well suited for this computational optimization problem (Fig 1, “Centroids”). Importantly, optimization with genetic algorithm is automated and there is no need for the painstaking task of experimentally identifying and validating epitopes on an antigen molecule.

Among the many candidates generated by the genetic algorithm, we decided to experimentally test four optimized OspC sequences. These OspC sequences were subsequently cloned, over-expressed in E.coli, and purified. Testing with ELISA using sera from infected human patients and reservoir hosts validated their significantly broader antigenicity relative to the natural variants, supporting their appeal as candidates for diagnostics and vaccines against the Lyme disease (Fig 2).

While the optimal vaccine design with genetic algorithms is novel, evolution-inspired approaches have been used for the development of broad-spectrum vaccines against flu and HIV. In vaccine development against pandemic influenza viruses, researchers have designed and tested computationally optimized broadly reactive antigens (COBRA) based on consensus hemagglutinin (HA) sequences (Crevar et al. 2015). Against HIV, researchers have reconstructed and tested ancestral protein sequences (Rolland et al. 2007). In the present study, we included both of these evolutionary designs as positive controls (Fig 1, “Consensus” and “Root”). ELISA testing with naturally infected sera showed that the OspC analogs optimized by the genetic algorithm outperformed consensus and root sequences (Fig 2).

In contrast to these “center-of-tree” approaches of vaccine designs, common approaches to overcome the Jenner's Dilemma rely on mechanical understandings of antibody-antigen binding. One method is the identification of conserved epitopes, the antibody-binding sites on the protein molecule. Unfortunately, the Jenner's Dilemma holds true at the sub-molecular levels as well: conserved sequences are not good epitopes; good epitopes are not conserved. The conserved C6 peptide of the VlsE protein, an excellent diagnostic antigen of Lyme disease, is a rare exception (Liang et al. 1999).

An alternative approach is the use of a mixture of antigen variants. The cocktail approach cannot encompass all strains in the case of a large number of natural variants (as OspC of the Lyme pathogen), is cumbersome to manufacture, and amplifies the risks of adverse effects (e.g., auto-immunity).

A third molecular design is the use of a single super-antigen containing linearly concatenated epitopes. This multivalent super-antigen design is the basis of a Lyme disease vaccine approved for veterinarian use (Earnhart and Marconi 2007). The linear super-antigen, however, does not preserve native protein structure or function and the veterinary vaccine formulation contains a non-OspC protein.

The team and future

This paper is the first, proof-of-concept study of novel evolutionary vaccine designs for Lyme disease. We developed the computational algorithms, proposed a mathematical model, and demonstrated the broad antigenicity of the evolutionary constructs. Studies are under way to test the immunogenicity of the sera from mice immunized with the evolutionary analogs. To prove vaccine efficacy, it is further necessary to perform in vivo studies where immunized mice are challenged by Ixodes ticks carrying diverse B. burgdorferi strains. Further, the evolutionary analogs will surely need to be better characterized for structure and function. In addition, we need to refine the analog sequences to improve solubility, stability, and immunogenicity.

A bonus outcome of this three-year journey is the highly productive and exciting collaborations we were able to forge. We are fortunate to get in touch with Dr Maria Gomes-Solecki at University of Tennessee Health Science Center, a veteran researcher of Lyme disease vaccines and diagnostics. Maria supported our project with enthusiasm and unconditional commitment of time, expertise, and resources. Dr Larisa Ivanova, an alumnus of Maria’s lab, contributed her immunoblots from years ago.

Dr Saad Mneimneh, a colleague of mine in the Computer Science department, joined the team in later stages and quickly validated our computational algorithms and developed a mathematical model. Maria and Saad provide expertise complementary to ours that are essential for future development of the project as a team.

I am indebted to the co-authors from my lab, a multi-disciplinary team of undergraduates, post-graduates, doctoral students, and post-doctoral scientists who dedicated years of efforts to this project with the bare minimum of monetary support and purely out of passion.

Dr Lia Di and Saymon performed hundreds of ELISA during the COVID-19 pandemic, fearlessly riding buses and subways amid waves of outbreaks sweeping through the New York City since early 2020. Bing’s expertise was critical to set up ELISA in the lab. Brian and Edgaras continued software and model development even after the funding ran out. Roman Shimonov and Justin Hiraldo, two senior undergraduate students (acknowledged), digitized and analyzed the immunoblot images as part of their independent studies during a difficult school year conducted entirely online.

Through the team efforts, we have established an experimental and analytical infrastructure from scratch including the expression and purification of recombinant proteins, immunological tests, computer simulations, and statistical analysis. With this solid methodological infrastructure, we are now well positioned to apply the evolutionary vaccine designs to other microbial pathogens. I look forward to continuing working with my team (hopefully with funding levels matching their expertise and passion).

Jenner’s Dilemma is inherently an evolutionary problem, which calls for evolutionary as much as molecular solutions. The success of genetic algorithm (GA) in minimizing antigenic distances to the natural OspC variants is not accidental: OspC diversification could be modeled as a genetic algorithm as well (as we show with a mathematical model and computer simulations). In essence, we used genetic algorithms to both understand and unravel the OspC adaptation.

To summarize, learning algorithms are at the heart of all evolving systems (Valiant 2013; Smith and Szathmary 2000). If microbial pathogens adapt through a learning process (e.g., OspC diversification), evolutionary computation (e.g., genetic algorithms) may well be the key to thwarting pathogen adaptation and winning the co-evolutionary arms races.

With this paper, we laid down the first milestone in our journey of combating pathogen diversification through evolutionary computation.

Smith, John Maynard, and Eors Szathmary. 2000. The Origins of Life: From the Birth of Life to the Origin of Language. Oxford University Press. 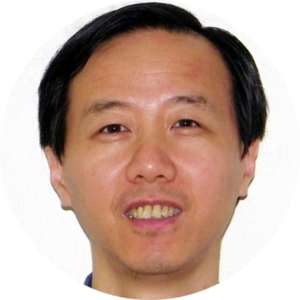