Staphylococcus aureus is a major cause of hospital-acquired infections. Some of these infections tend to persist in spite of the use of antibiotics that are reported as active against the infecting strain by routine laboratory testing. A reason for this persistence could reside in the capacity of the bacteria to survive within the host cells, where they are less accessible and less responsive to antibiotics.
In this work, we examined the response of S. aureus internalized by J774 macrophages, taken as a model of permissive cells, to antibiotics belonging to different pharmacological classes. We show that a small proportion of phagocytized bacteria are capable to survive intracellularly during antibiotic exposure. These survivors display all the characteristics of the so-called persisters. These are phenotypic variants that exhibit a transient non-growing state when followed at the single-cell level, as well as antibiotic tolerance, characterized by a markedly slowed down kill rate. This phenotype was stable but readily reversible upon antibiotic removal. These observations were extended to a series of human non-professional phagocytes like keratinocytes, epithelial cells, osteoblasts, or monocytes.
A transcriptomic analysis of these intracellular persisters exposed to the beta-lactam antibiotic oxacillin revealed a profound reorientation of metabolic pathways. Many genes involved in metabolic or proliferation processes were downregulated. Yet, bacteria remained metabolically active. ATP levels were maintained, as well as protein synthesis. The central metabolic flux was also reoriented, with a shift of carbon source from glucose to lactose and from oxidative phosphorylation to D-lactate fermentation.
Conversely, genes involved in stress defense mechanisms were upregulated, including a transient activation of the stringent response as well as an induction of cell-wall stress, SOS and heat shock responses or of diverse antibiotic targets. These redundant adaptative responses can explain the multidrug tolerance phenotype of intracellular persisters.

Taken together, our results indicate that intracellular persistence induced by antibiotics in permissive cells is highly plastic, and involves a series of redundant regulations, which might differentially adapt the level of dormancy as a function of the sensed level of stress. We suggest that these intracellular S. aureus persisters may constitute a reservoir that may reactivate and cause relapses of infection, possibly contributing thereby to therapeutic failures. 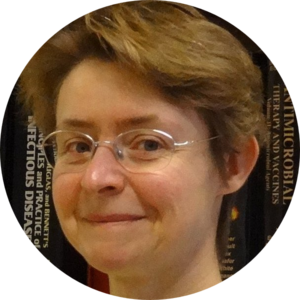