Isolation and cultivation is tricky, at best.  But, when you take into consideration cultivation of two microorganisms with seemingly different lifestyle preferences, the task of cultivation becomes increasingly more difficult.  The goal of this study was to cultivate two microorganisms that co-occur in nature and to replicate this coexistence as closely as possible to the environmental conditions they experience in nature.  When designing the experimental set-up for this study, we realized we would not be able to use the semi-solid gradient tube-based cultivation approach commonly used for  iron (Fe)-oxidizing microbes.  This set-up would have provided the perfect opposing redox gradient for both microbial groups.  However, downstream metabolomic analyses prevented us from designing the experiment around semi-solid media.  We needed to pivot to liquid media incubations if we wanted to utilize the suite of omics-based methods we aimed to incorporate into this study.  We tested 48 different combinations of head space conditions, electron donors, electron acceptors, and carbon sources before landing on the final set-up. Cultivation optimization is never easy, and co-cultivation of coexisting microorganisms characterized by different lifestyles is even more difficult when you consider the best conditions for one microorganism, might not be the best for the other, and vice versa.  But, we persisted and we were able to show why it’s important to continue to study Fe-cycling microorganisms and, more importantly, we were able to provide novel insights into the interactions that drive their coexistence in nature.

Fe is one of the most abundant elements on Earth, is essential for life, and plays a key role in a variety of microbially-mediated processes.  Fe is found in both dissolved and solid (crystalline) forms, and is utilized by both Fe(II)-oxidizing bacteria (FeOB) as an electron donor or Fe(III)-reducing bacteria (FeRB) as a terminal electron acceptor.  What better place to study the interactions of FeOB and FeRB than an Fe-rich, slightly acidic, and organic matter (OM)-rich environment.  The Schlöppnerbrunnen fen, located in Northern Bavaria, provides just that.  In this fen, we have previously shown that FeOB, for example Sideroxydans sp., and FeRB, for example Geobacter sp., are found across all redox zones (oxic, transition, and anoxic zones) in peat soil samples collected during routine sampling events.  The ubiquity of FeOB and FeRB across these redox zones led us to the question, what drives these interactions?  Is it the constant supply of Fe(II) or Fe(III) for dissimilatory Fe(II) oxidation and Fe(III) reduction?  Is it the presence of OM functioning as an electron shuttle, thereby enhancing rates of Fe-cycling?  Is it the presence of the partner’s exometabolites?

So, what do our findings mean?  By combining cultivation-based and omics-based approaches to investigate how FeOB and FeRB interact, we were able to show that rates of iron reduction and iron oxidation by a community of Fe-cycling microorganisms do not increase under micro-oxic growth conditions.  This is not to say that microbially-mediated Fe(III) reduction and Fe(II) oxidation does not occur, instead the rates seem to be unaffected by the presence of excess Fe species.  In fact, the rates of Fe(III) reduction and Fe(II) oxidation appear to be driven my exometabolites produced by the partner organisms during co-cultivation.  Additionally, transcriptome profiling of this co-culture system revealed H2 metabolism plays an important role in the co-existence of S. oneidensis and Sideroxydans sp. CL21 under these conditions and likely plays an important role as an alternative electron donor for FeOB in Fe-rich and OM-rich environments, such as fens, where FeOB and FeRB coexist.

These findings contribute to understanding the unexpected roles exometabolites play in driving interactions between FeOB and FeRB during co-cultivation in a laboratory setting, and likely during coexistence in the environment: exometabolites drive these interactions, more Fe(II) or Fe(III) availability does not necessarily speed up microbially mediated Fe-cycling, and the ability to utilize alternative electron donors is an important characteristic of FeOB in environments where redox conditions fluctuate and the preferred electron donor may not be as favorable.  Lastly, our results highlight the potential co-evolution that exists between FeOB, such as Sideroxydans sp., and FeRB, such as Shewanella sp. and Geobacter sp., and emphasize the niche environment in which these FeOB and FeRB simultaneously coexist and, most importantly, thrive.  In the end, we learned iron is not everything, it’s the exometabolites that drive these interactions. 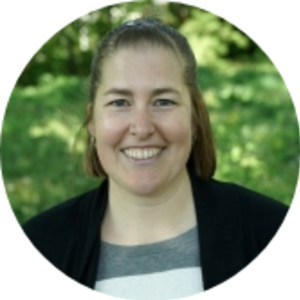