Plants establish intimate relationship with diverse microorganisms forming complex communities, which vary across host plants and environments, and alteration of this balance may affect host growth or cause disease. Extensive evidence have shown that the root-associated microbiome can influence the outcome of plant-pathogen interactions. Symbiosis between rhizobia and legumes is an important type of plant-microbe mutualism and establishment of this mutualistic association is a very complicated process. In soybean, Sinorhizobium (Ensifer) and Bradyrhizobium are the two main groups of microsymbionts, and they differ in their ability to perform nodulation and exhibit obvious geographic distribution. In acidic soil, Bradyrhizobium strains are predominant in nodules of the soybean; whereas in alkaline soil, Sinorhizobium strains are predominant in soybean nodule. Do commensal microbes living in soil or inhabiting plant niches affect the specificity between different types of rhizobia and soybean? How does the root-associated microbiota affect specific interaction of Sinorhizobium and Bradyrhizobium with the host soybean?

To answer these questions, we first collected three different types of soil in China (from Wuhan [Hubei Province], Siping [Heilongjiang Province], and Luancheng [Hebei Province); the pH levels were 5.63 (acidic), 7.2 (neutral), and 8.23 (alkaline), respectively. We examined the composition and network relationship of rhizocompartment microbiota in three types of soils for growing soybean and found some rhizosphere microbes were correlated with the composition of Bradyrhizobia and Sinorhizobia in nodules, such as Comamonadaceae, Pseudomonadaceae, Alicyclobacillaceae, Paenibacillaceae, Bacillaceae, Microbacteriaceae Micrococcaceae and Intrasporangiaceae. To identify microbial mechanisms for specific colonization of different rhizobia, we next cultivated candidate Bacillus isolates from alkaline soil because of the well-known beneficial role of Bacillaceae in plant-microbe interactions. Intriguingly, the Bacillus cereus group specifically promotes and suppresses the growth of Sinorhizobia and Bradyrhizobia, respectively, and it also alleviates the impact of saline-alkali condition on Sinorhizobia nodulation and colonization in nodule. Cooperative and competitive microbial interactions are important selective forces driving complex microbial assemblages in different compartments for plant fitness. To the best of our knowledge, this study is the first to report the interactive relationship between Bacillus and rhizobia and the effect of Bacillus on rhizobia-legume symbiotic nodulation under stress.

In summary, our findings demonstrate that the rhizosphere microbiota has an important regulatory role in rhizobia–soybean symbiosis and the adaptation of plants to environment. These findings reveal a novel microbial mechanism for rhizobia-specific interaction with the host and nodule colonization in natural conditions and provide new approaches to promote nodulation of rhizobia under stress conditions in soybean or other leguminous plants. Thus, the hologenomes of legumes and their microbial counterpart(s) should be considered as an important component of the genetic basis of rhizobia–legume symbioses in future molecular mechanism of symbiosis and in genetic breeding for crops with high efficiency of symbiotic nitrogen fixation. 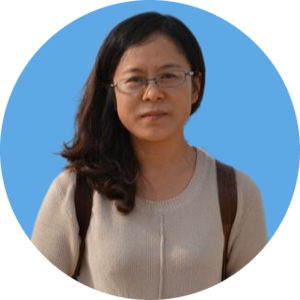