This study combines biochemistry, biophysics and in vivo analysis of short-term chromosomal mobility to decipher the role of a Nucleoid Associated Protein in E. coli.

During their cell cycle, bacteria have to organise their DNA very carefully, so that they can at the same time copy it (replication), send it to the future daughter cells (segregation), and use it to produce the proteins they need (transcription/translation). Most of the segregation steps are now known in various species (E. coli, B. subtilis, C. crescentus), but the actors, or their action, underlying these processes still need to be characterised.

In E. coli, a particular chromosomal domain, called ter, connects the end of the replication process with the cell division, through interactions with proteins located at the septum (where the cell will divide). One of these essential "linkers" is the MatP protein, which binds a few sequences in ter and - potentially - a protein at the septum, so ter is localised at mid-cell until the sister chromosomes have been segregated and are ready to finally separate before cell division.

However, it was not clear how MatP could achieve this role of organisation with so few binding sites (23 matS sites within 800kb). MatP supposedly associates in tetramers, containing 2 DNA binding sites, and was initially proposed to form loops between its binding sites, although those were not seen in Hi-C.

Taking the work from there at Toulouse University, we set up biochemical experiments (EMSA and DNA pull-downs) which rapidly showed us that the interaction MatP-matS was not as strong as we thought: it was either not stable, and/or not very specific to matS. This was further confirmed with biophysical experiments (Tethered Particle Motion, TPM). These single-molecule experiments are great to analyse the direct action of a protein on a single piece of DNA, and I am always glad when I can combine them with in vivo study - as we managed to do in this manuscript.

These in vitro results were however not sufficient to write a nice story by themselves. At that moment, due to personnal reasons, I moved to Cambridge, UK, and started working in a Physics lab. They had experience in tracking chromosomal foci over short periods of time, and mutants of MatP were obvious candidates to see the change of chromosomal mobility in vivo, which we could relate to physical properties of the chromosomal loci (compaction, diffusion coefficient and length). It was quite challenging for a biologist like me to be surounded by physicists, but we managed in the end to understand the results we were getting: MatP pairs replicated ter regions together, and that lowers their mobility. This activity is due to dynamic interactions between MatP and DNA, MatP and a septum protein called ZapB, and MatP preventing the Topoisomerase IV to decatenate (and therefore separate) the ter regions too early.

Once MatP has fulfilled its role, which is probably to give time to the cell to check that everything is clear before cell division, it is removed from the ter regions and they can segregate to the future daughter cells, shortly before the septum closure. At that time, they recover a mobility that is close to the rest of the chromosome.

It tooks us quite a long time to get there (this was interrupted by 2 long maternity breaks!), but thanks to a great collaboration between different labs, biologists and physicists, we end up with a nice model of chromosomal organisation. 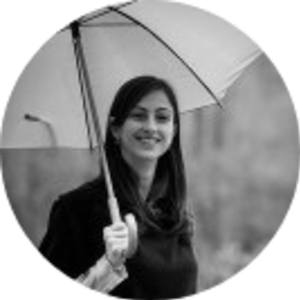