When walking through Central European forests, traces of herbivorous insects often catch the observer’s eye. Most conspicuous on the often dominant beech trees are the feeding marks caused by a very small weevil of 2–2.5 mm in length, the beech leaf miner beetle Orchestes fagi. The adult beetles cause small holes, while the characteristic mines of the larvae start with a tunnel from the midrib and end as a blotch mine at the leaf margin, where the larvae pupate. The recently described invasive fungal pathogen Petrakia liobae, again, is a conspicuous pathogen which is currently increasing in many forests in Central Europe.

Having this observation in mind, my colleague Derek Peršoh from the Ruhr-University in Bochum and I ask ourselves whether these species interact and whether the common herbivore O. fagi might support the spread of the invasive pathogen. This was the motivation for starting this study. We had the great opportunity to conduct this research within the infrastructure programme “Biodiversity Exploratories”, funded by the German Research Foundation.

We tested the hypotheses that O. fagi carry spores from its overwintering habitats in the soil and litter to the canopy leaves and (2) that the infection of European beech leaves by the invasive fungal pathogen P. liobae increases with feeding damage caused by the weevil O. fagi.

We combined multiple approaches to test the hypothesis, including a field survey and laboratory experiments, NGS metabarcoding and qPCR and entomological, mycological and molecular ecological expertise.

In a first step, Kirstin Arend and I went out in the field in early spring and sampled hibernating individuals of O. fagi at the base of beech trees. It was a sunny day and it was amazing to watch the beetles crawling from the litter up the tree trunks. We transferred 30 beetles to vials and subsequently analysed them for spores of P. liobae inside and outside the body in the lab. The fungus was not detected, indicating that O. fagi does not serve as vector for P. liobae, at least not between growing seasons.

In a second step, Kirstin Arend and I went back to the field for one week in June/July and harvested branches of 43 mature trees of up to >35m height in the sun-exposed and shaded canopy by using a crossbow – this was fun! The forest was beautiful and we received great help from tow interns, Thais de Paula Alencar da Silva from Brazil and Ernest Amartey S. Sackey from Ghana. We set up a field lab, were we assessed the herbivory on the leaves and then selected leaves of different categories (without feeding damage of O. fagi or any other herbivore; with damage of exclusively adult O. fagi (small round holes); leaves with damage of adult O. fagi plus mines caused by larval frass of O. fagi, but without signs of other herbivores). We surface-sterilized a total of 240 leaves, cut discs of 7 mm in diameter and transferred them for immediate desiccation to tubes. The, thus conserved, endophytic mycobiome of the discs was subsequently analysed in the lab. Designing a specific qPCR set-up, Derek Peršoh even supported the findings from the already sophisticated metabarcoding study. With striking consistence between both approaches, we found that the abundance of the fungus in beech leaves increased with feeding damage of the beetle. This relationship was stronger for the thicker sun-exposed than for the thinner shaded leaves. We therefore assumed that physical constitution of the leaves plays an important role in protection against the pathogen and that feeding of O. fagi provides entry ports for the pathogen. However, many other biotic and abiotic factors such as leaf chemistry or microclimate could have influenced our findings from the field experiment.

In the third and final step of the study, Ludwig Beenken and I excluded animal-derived elicitors as well as systemic responses of beech in a laboratory experiment. We sampled undamaged sun- and shade leaves of 10 mature trees at the lower part of the Uetliberg, near Zurich in Switzerland. After cleaning we exposed them to three treatments (1) perforated to simulate physical herbivore feeding damage and inoculated with P. liobae; (2) inoculated but not perforated, (3) perforated but not inoculated (control). We incubated the leaves separately in sterile, transparent plastic boxes at 100 % relative humidity at 20 °C under permanent light and quantified necrotic areas based on digital images taken after 11 days. We confirmed that sun-exposed leaves have thicker cell walls and are more resistant to pathogen infection than shaded leaves. Furthermore, mechanical damage significantly increased frequency and size of necroses in the sun, but not in shade leaves.

We found multiple concordant evidence to support our hypothesis that feeding damage of adult beetles indeed provides entry ports for fungal colonization by removal of physical barriers and thus promotes infection success by pathogenic fungi. The results indicate in addition that feeding activity by larvae might provide additional nutrient sources or eases access to substrates for the necrotrophic fungus. Exemplifying that invasive pathogens may benefit from herbivore activity, we assume that their interaction may challenge forest health in light of climate change.

The results of this study are published as Gossner et al. 2021. Insect herbivory facilitates the establishment of an invasive plant pathogen. ISME Communications 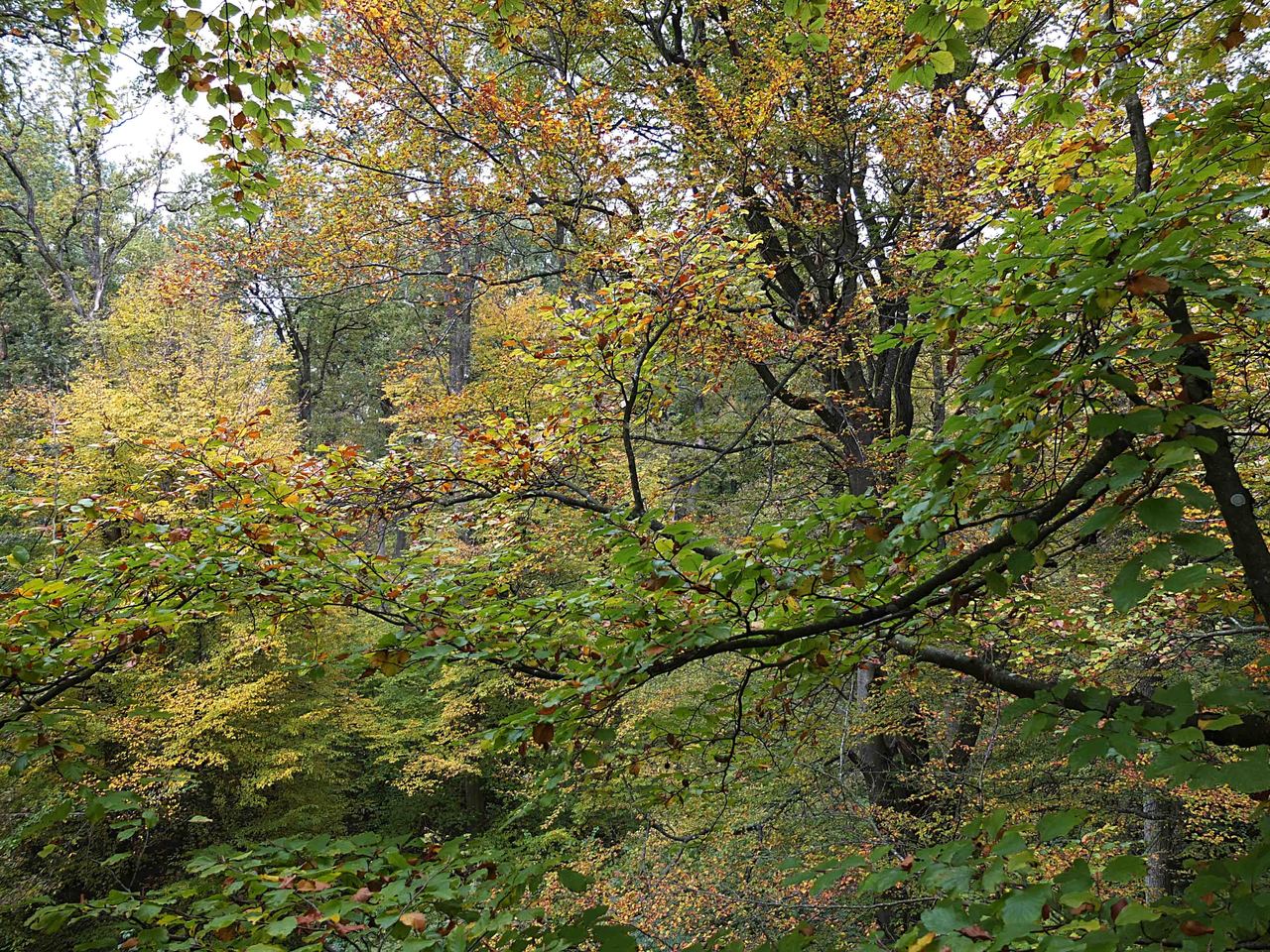