How is the gut microbiome established? This question first came to my mind as I changed my baby children’s diapers. Over time, I observed a drastic change in the colour and smell of their faeces, indicating that dynamic and fast-paced changes were taking place. To explore this phenomenon, we undertook a research project.

In the past decade, many studies have focused on infant gut microbiota development1 and its association with subsequent host health and disease2. Moreover, recent studies have demonstrated that short-chain fatty acids (SCFAs) are key metabolites that mediate symbiotic microbiota-host relationships3. In this study, we investigated gut SCFA dynamics, equilibria, and their association with gut microbiota, using a total of 1,048 samples collected over 2 years from 12 infants.

We next evaluated the association among gut microbiota, SCFA profile, and life events, which revealed that cessation of breastfeeding induces the increase of Clostridiales abundance and butyrate concentration. We also found that early-life Clostridiales are diverse and personalised and possess sets of butyrate-producing genes.

To our knowledge, this is the first study demonstrating the production and accumulation of lactate and formate in breastfed infants. However, the physiological effects of these microbiota-derived metabolites are not clear. Our findings highlight the importance of elucidating the functional roles of these minor SCFAs. Additionally, gut microbiota-derived butyrate performs various health-promoting functions, including exerting protective effects against subsequent asthma risk4. Since the microbiota-derived SCFAs in early life are associated with subsequent host health4, the findings of our study pave the way to answer another question that came up in my mind: “Can we modulate the gut microbiome of our grandchildren to reduce their risk of disease in future?”

Thank you for reading; the full paper being referred to here “Key bacterial taxa and metabolic pathways affecting gut short-chain fatty acid profiles in early life” is available at The ISME Journal: https://www.nature.com/articles/s41396-021-00937-7 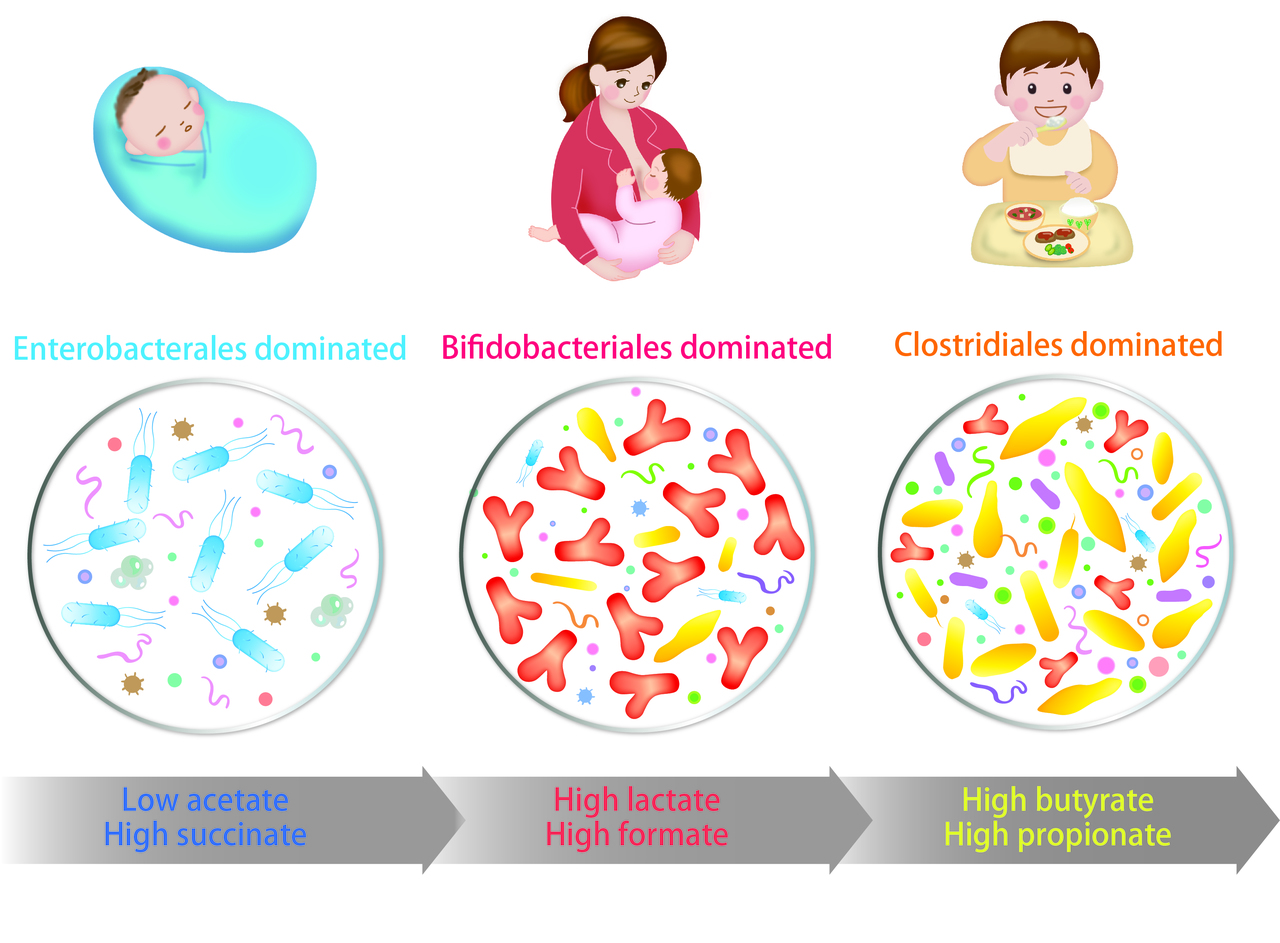