Early in the SARS-CoV2 pandemic hydroxychloroquine gained tractions as a potential treatment, but despite its effectiveness in cell culture, the effectiveness in clinical trials proved more complicated. We sought a mechanism of action with a potential to resolve the apparent discrepancy.
Scott B. Hansen
Associate Professor, Scripps
Follow
Like Liked by Sorrel Bunting and 2 others
0

Super-resolution microscopy in cultured cells is employed to dissect the effect of hydroxychloroquine (HCQ) at the plasma membrane and HCQ directly perturbs clustering of the SARS-CoV-2 receptor ACE2 with endocytic lipids and PIP2 clusters.

Hydroxychloroquine has been used as an effective anti-malaria drug for many decades and more recently as an anti-inflammatory treatment in Niemann-Pick syndrome and lupus.  Most of what is known about hydroxychloroquine relates to its anti-malarial properties in the mosquito, not mammalian cells.

How does hydroxychloroquine work in a mammalian cell?

Unknown to most, hydroxychloroquine is also a local anesthetic. Anesthetics are hydrophobic molecules that partition into the membrane. Could the lipid partitioning properties of hydroxychloroquine contribute to its mechanism of action in humans? Recently my lab showed a membrane-mediated mechanism for local and general anesthetics—the anesthetics displace proteins from cholesterol dependent domains (pockets of saturated lipid) in the membrane (Pavel PNAS 2020).

What are hydroxychloroquine’s side effects? Reviewers asked us to test the toxicity of hydroxychloroquine at high concentration. Previous studies showed no toxicity in VeroE6 cells up to 50 µM, the same cells and concentration we used, so we were a little annoyed at the request. While repeating the VeroE6 experiments, we included an HEK293T cell line since we used both in our experiments. Like the previous studies we saw no toxicity with VeroE6 cells (yes science is reproducible at times), but we did see toxicity in HEK293 cells.

How does this knowledge benefit the clinic and future research?  From the outset we aimed to do something that would benefit the clinic. As biophysicists, we use molecular mechanism of action to guide in vivo experimentation. If the clinic behaves like the cell culture, hydroxychloroquine will need to be dosed based on the levels of tissue cholesterol. Most doctors only look at cholesterol in the blood. How the blood cholesterol correlates to the tissue cholesterol is still an open question. The blood is a transport mechanism that may not reflect the years of potential buildup in the tissue. This is especially true of aged individuals with chronic disease. 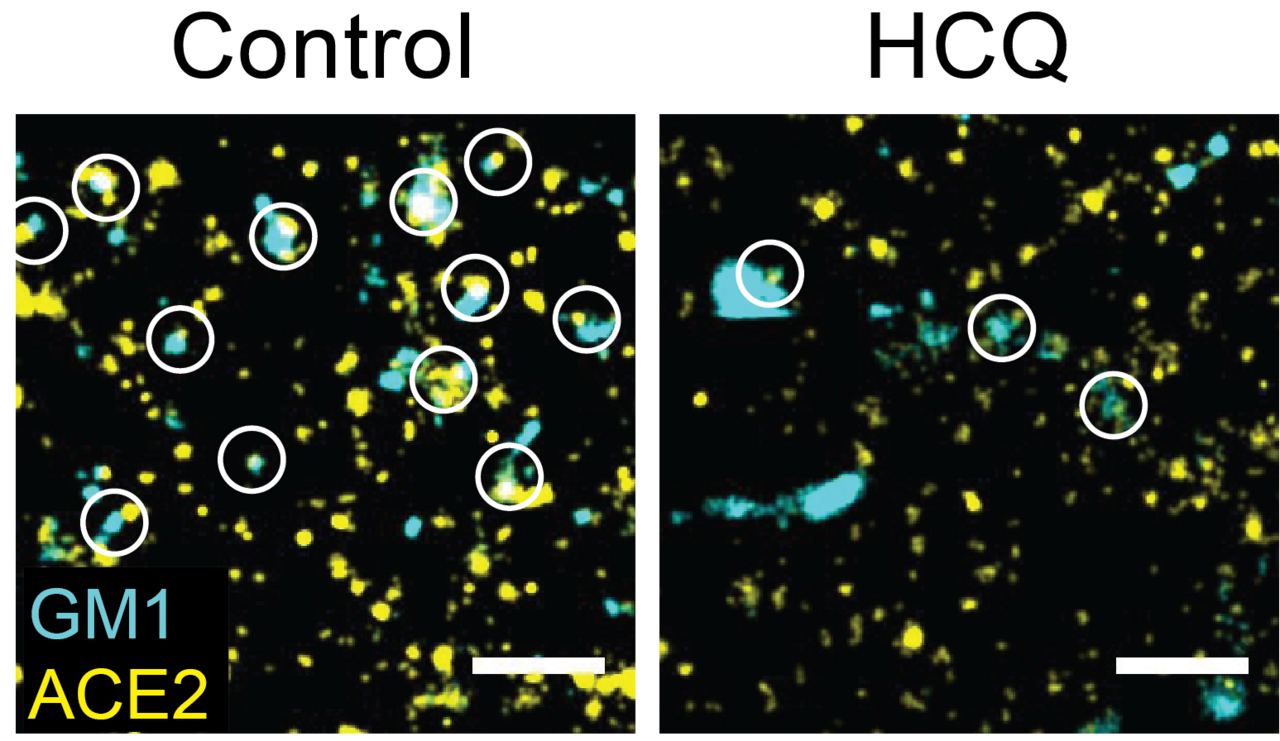