How the rare Dantu blood group protects against severe malaria

While the incidence of malaria has declined globally, Africa still bears the greatest burden of the disease in the world accounting for more than 90% of all malaria deaths in 2018 [1], with Plasmodium falciparum being the most prevalent parasite in the region. Over time, malaria has had a significant impact on the human genome. This has resulted in the selection of genetic variants that are protective against malaria, such as sickle cell trait and alpha-thalassaemia. These protective genetic variants are most commonly found in populations living in malaria endemic regions.

Recent studies showed that the rare Dantu blood group variant provides a strongly protective effect against malaria infection, similar in magnitude to the sickle cell trait effect [2-4]. Our study sought to investigate the mechanisms through which Dantu confers its protective effect against malaria. Interestingly, the Dantu variant is found at highest frequency in Kilifi, in the Kenyan coast, which makes this work more impactful for this population, as well as other populations that live in malaria-endemic areas.

We collected red blood cell samples from 42 healthy children in Kilifi across Dantu genotypes, i.e. carried two, one, or zero copies of the Dantu variant. We then carried out a series of experiments using flow cytometry and video microscopy techniques to investigate how the P. falciparum parasite invades red blood cells from the different donors. We observed a significantly reduced ability of the parasite to invade Dantu red blood cells.

These findings provide critical insights into the interactions between the human host and the malaria parasite, adding a new dimension to our molecular understanding of red blood cell invasion by the P. falciparum malaria parasite. Our study highlights how a host genetic variant found naturally in populations living in malaria-endemic areas in East Africa confers a strongly protective effect against malaria, through increased red blood cell membrane tension. We hope that the findings from this study will inform the development of drugs that could mimic this fundamental change in red blood cell membrane tension to prevent malaria parasite infection.

You can find the full article here

Learning from the Wuhan COVID-19 Data on the Fly

Microbial sentries of chemical balance in the rhizosphere 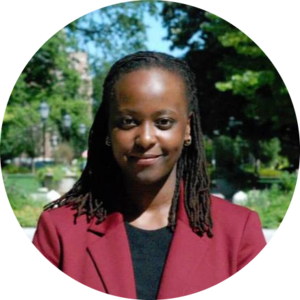