How phages vote while social distancing

Decision-making is a process carried out by all life forms and even tiny biological identities like bacterial viruses, known as phages. As phages are relatively simple, we can study the fundamentals of decision-making in great detail. Phage lambda is a quintessential model system, which makes a decision to kill (lyse) or remain dormant in (lysogenize) its bacterial host upon infection. Research on lambda has spanned decades, yet it turns out that this simple and well-studied system may greatly surprise you when you look at it closely enough.

One of the major themes present throughout our studies is the individuality of phages, particularly, their decision-making behaviors when multiple phages infect one cell, which resemble separate entities voting on biological choices as they reside in their bacterial world. Competition between phages can be fierce, where some phages dominate the viral replication process, leaving other phages in the same cell to languish, their votes unvoiced. However, phages need not always be selfish and aggressive towards each other. During lysogeny, phages cooperate to cast unanimous votes and join together with their host, where this unity may play a role in optimizing evolutionary fitness. Indeed, to lambda, each infection is election day, and the fate of their world hangs in the balance. Dramatization aside, we have been intrigued by these subcellular phenomena and sought explanations for how the behaviors of individual phages could diverge in one cell. We found the answer in space, which we explored in this current work.

No, not outer space, but rather the physical space inside a bacterial cell, is where the phage develops. By labeling phage DNAs and a resource needed for phage DNA replication, we found that a single phage DNA will gather resources to its own location. Lambda will then replicate its DNA, keeping its direct DNA descendants nearby itself and its resources, and create new viral particles inside its personal space, so to speak. Basically, the individual phage built its own subcellular phage factory, shortened to “phactory”. Consequently, when multiple phages infect the same cell, they can form separate phactories and maintain responsible social distancing. It turns out that the existing structure of the cell, the bacterial nucleoid, can effectively serve as a fence between neighboring phages, defining their borders. Additionally, the mRNA transcripts produced from phage DNA are localized as part of each phactory, which is another important layer to phage individuality. This is because different phactories in one cell can have different transcription profiles, meaning that separate phages can undergo divergent gene expression in one cell. This begins to explain the subcellular voting behaviors we observed previously.

Altogether, the findings here intertwine across several other projects, satisfying some outstanding questions we had about the mechanistic details underlying our data and observations. Broadly speaking, this paper underscores the point that viruses can implement some intriguing machinations during their development, which might yield interesting discoveries if we continue to peer inside the cells they infect. 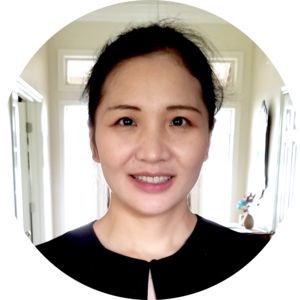