Luís M. Silva and Beatriz Acuna Hidalgo
2 contributors
Like Liked by Evelina Satkevic and 1 other
0

Upon infection, a host will try to reduce pathogen numbers by producing an immune response towards them. However, depending on various factors, such as host-pathogen genotypes (e.g., coevolutionary history) or host energetic reserves, it might not be able to clear them (Figure 1). In short, there are three different infection outcomes: a) the host limits pathogen growth and clears the infection; b) pathogen growth impairs host homeostasis, likely leading to its death; or c) the host limits pathogen numbers but does not clear them, perhaps because it is not able to (e.g., pathogen persister cells are able to evade immune surveillance) or because the host does not energetically compensate in the long-term. Immunity is costly to the host, requiring re-allocation of resources from other functions to immune defences, without an always clear positive outcome [1]. This has become particularly apparent in the last decade, when the focus in studies of animal hosts has turned to infection tolerance, rather than only considering resistance [2].

A classically studied property of a pathogen is its virulence. Traditionally, immunology literature has characterised virulence as a “genetic term for the parasite-induced reduction in host fitness” [3]. Nevertheless, it takes two to tango and therefore, virulence results from both pathogen and host properties; for instance, a pathogen might develop differently within two hosts with different genotypes, depending on how well it is adapted to complete its life cycle inside each host. In light of this, Råberg and Stjernman (2012) described virulence as a balance between host and parasite components, that will influence the infection outcome [4]. Hosts encompass two conceptually different defence strategies to the pathogen, resistance, which includes immune responses aimed to decrease pathogen numbers (e.g., antimicrobial peptide production), and tolerance, which reduces the fitness or health cost of sustaining and fighting an infection [5]. On the parasite side, exploitation (Figure 2a) is characterised by pathogen numbers and how many host resources are sequestrated by its growth, and per parasite pathogenicity (PPP) (Figure 2b), meaning the amount of harm a pathogen is able to cause independently of its numbers. This framework has been applied in the context of HIV infections [6], where it was shown that the viral genotype affects virulence and infection outcome mainly through PPP modulation rather than exploitation. Prior literature mostly focused on studying different populations/genotypes within the same species. In our study, we expanded the use of this framework by using four opportunistic bacterial species with different degrees of virulence (Figure 3) and tested if the bacterial components of virulence, i.e., exploitation and PPP, help us to understand and predict the outcome of these dissimilar infections in Drosophila melanogaster.

The infecting bacterial species included three opportunistic pathogen species (i.e., Lactococcus lactis, Providencia burhodogranaeria and Pseudomonas entomophila) and a common plant bacterium, Enterobacter cloacae (Figure 3a). Bacteria were ranked from least to most virulent, measured as cost in survival to the host, from E. cloacae, Pr. burhodogranaeria, L. lactis and Ps. entomophila (Figure 3b). “Cradle to grave” infection studies are scarce and their lack drives the misconception that most infection only have two possible outcomes: survival with persistent infection or death by pathogen over-proliferation. Therefore, we decided to track infection status until death. This allowed us to confirm that all species can be found in individuals up to 75 days post infection, and that the likelihood of being cleared (i.e., clearance index) depends on not only the injection dose but also the different components of their virulence. For instance, we observed that the least and the most virulent species, E. cloacae and Ps. entomophila respectively, lead the clearance levels (Figure 4). Regarding intermediate virulence species, by decomposing virulence, we observed L. lactis was able to better exploit its host than Pr. burhodogranaeria but no differences in PPP (Figure 5). The latter suggests that the higher virulence found in L. lactis is likely due to its capacity to multiply and exploit the host, and not necessarily any difference in harm, when compared to its fellow Pr. burhodogranaeria. On the other hand, the differences in virulence observed between the two intermediate virulence species and E. cloacae, the lowest one, arise from a combination of both components, exploitation and harm to the host (PPP). Altogether, our data suggests assessing different host-pathogen properties might help understand infection outcome, as well as to identify target points for future research and treatment of infections.

Our study shows that persistent infection and clearance are both possible outcomes of bacterial infections. More importantly, we show that decomposing virulence into exploitation and PPP provides deeper knowledge into the pathogens’ infecting strategies and can be used when not only between different genotypes but also between different infection types, in our case differing in organism origin and species. This novel application of this framework allowed us to understand which components impact clearance or survival to infection, for instance lower exploitation and PPP in E. cloacae helps to explain its low virulence compared to its counterparts (Figure 5). These tools have already started to be used with other infections and have been useful to understand their dynamics and population structure [6]. We believe the addition of clearance into a now extended framework, will surely contribute to different fields of evo-eco and biomedicine, as well as treatment development. Our data enforces that PPP and exploitation might act independently and as such, they should be considered in future infection studies. By characterizing and differentiating the source of harm to the host, we might be able to customise better care for infections in the short and long run. 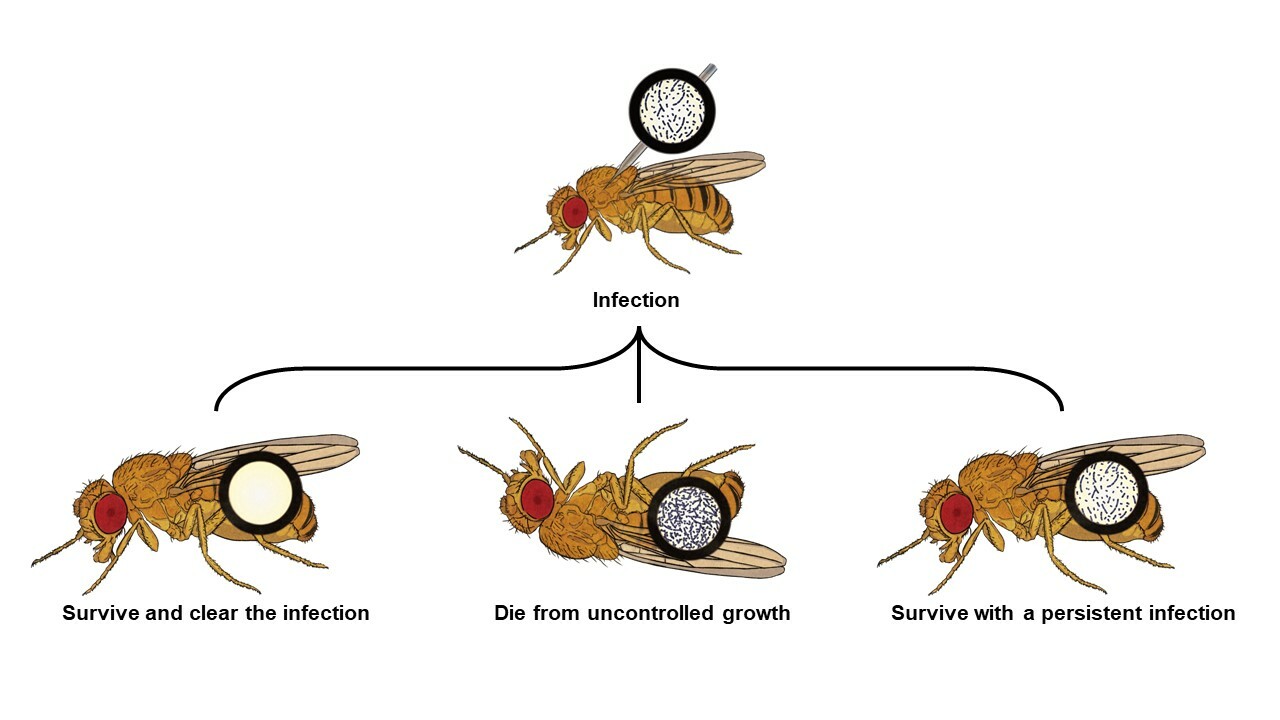