Fungi decompose lignin. Everyone knows that—from introductory biology textbooks to The Magic School Bus cartoon that my kids watch after school. But have we overlooked the small but unique role of bacteria in lignin degradation?
David Levy-Booth
Bioinformatics Specialist, University of British Columbia
Follow
Like Liked by Salvatore Mandalà and 3 others
0

Lindsay Eltis, Bill Mohn and colleagues at the University of British Columbia have collected a growing body of evidence that bacteria contribute to lignin degradation [1]. This post details our genome-resolved investigation into thermostable ligninases in bacteria found in BC's remote thermal environments [2].

As a postdoc in Bill’s lab, my goal was to uncover the role of bacteria in enzymatic deconstruction of lignin in thermal environments. A multi-year effort combining advanced multi-omics, microbiology, and biochemistry revealed potential thermostable bacterial biocatalysts, which we are characterizing to create the next generation of sustainable bio-products.

Why thermal environments? Bacterial delignification in geothermally warmed environments was unstudied, despite being a clear target for identification of thermostable enzymes. Heat-resistant biocatalysts are attractive for use in industrial processes to convert plant biomass to value added chemicals. Because plant biomass is 15-30% lignin, thermostable ligninases can aid in the valorization of plant-based waste streams [3]. Sustainable plant-based fuels and chemicals could unlock the economic potential of lignin, replacing petroleum feedstocks.

To collect the raw material for 13C-lignin incubations, I set out to sample several hot springs in northern British Columbia: including a thermal swamp complex, a 53 oC pool in an abandoned resort, and one we never ended up finding after a sketchy 2.4 km kayak across the Skeena River in a storm (Figure 1). At a paper mill in Crofton, BC, I sampled a giant, 62 oC pile of wood shavings and debris called “hog fuel," a waste product used in biomass-fired power plants. The thermal swamp samples were used to develop a framework for genome-guided metatranscriptomics, that we applied to identify bacterial pathways for catabolism of lignin-derived aromatic compounds [4]. The samples from other sites were used for stable isotope probing, to monitor the microbial assimilation of carbon from lignin.

I extracted, fractionated, and purified 13C-labeled DNA with Thomas Dalhuisen, an undergraduate volunteer in Bill’s lab. Shotgun sequencing of this precious DNA would allow us to reconstruct genomes and enzyme sequences that we hypothesized would belong to lignin degrading bacteria. I turned to Sunita Sinha at the University of British Columbia Sequencing and Bioinformatics Consortium to produce high quality sequences from the nanograms of 13C enriched DNA. A few weeks later, we had hundreds of GB of sequencing data on our lab server ready for assembly.

Recovery of 125 near-complete genomes was essential to identification and classification of novel ligninase candidates. I followed an ensemble approach for genome binning and refinement [5] that identified phylogenetic clusters of Actinomycetes, Firmicutes and Gammaproteobacteria. I was particularly interested in the Actinomycetes genomes, such as those from potentially novel species in family Thermoleophilaceae, which contained abundant laccase-like multicopper oxidases and previously characterized aromatic degradation pathways. We considered evidence for aromatic degradation essential for explaining incorporation of 13C from labelled lignin into a bacterium’s nucleic acids, so I developed a custom suite of protein models to aid in their identification.

Copper oxidases are appealing targets for thermostable ligninases because they are a relative simple enzymatic system, and several stable small laccases (SLAC) had previously been identified in mesophilic Streptomyces [6]. Postdoc Laura Navas expressed our target laccases using E. coli, and wrestled a full contingent of four copper atoms into them. Because of Laura’s enzymology expertise, our team was able to demonstrate the thermostability and lignin modification potential of a gammaproteobacterial 2-domain laccase (Figure 3).

There remains a mountain of research to fully harness bacterial ligninases for sustainable lignin valorization, and we are only scratching the surface of how bacteria interact with lignified substrates in the environment. Nevertheless, our multi-disciplinary team applied a well-developed metagenomics-based bioprospecting platform to uncover novel bacterial enzymes for a more sustainable world. 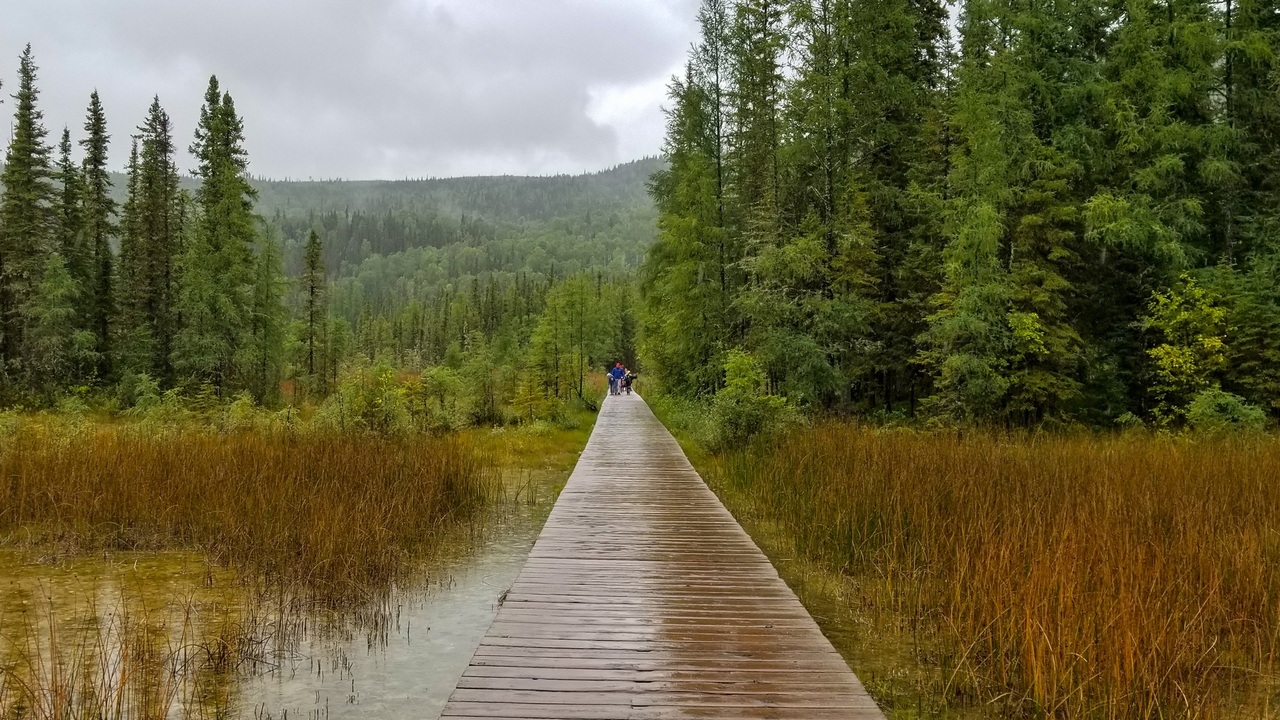 Fungi decompose lignin. Everyone knows that—from introductory biology textbooks to The Magic School Bus cartoon that my kids watch after school. But have we overlooked the small but unique role of bacteria in lignin degradation?