HIV-1 Vpu: a tricky modulator of the DNA repair machinery

In our study, we discovered that the HIV-1 accessory factor Vpu manipulates cellular DNA repair pathways to suppress the accumulation and sensing of nuclear viral DNA species as well as superinfection.

HIV-1, the main causative agent of AIDS, is a retrovirus. Thus, reverse transcription of the linear single-stranded viral RNA genome and integration of the resulting double-stranded linear DNA into the host genome are essential steps of its replication cycle. The intermediates of this cycle, i.e. viral nucleic acids and double-strand breaks in the host-cell genome at sites of proviral integration sites, inevitably cause some innate immune activation and DNA damage responses. To avoid immune control and to prevent cell death prior to completion of its replication cycle, HIV-1 has evolved various mechanisms to suppress immune recognition and DNA damage induced apoptosis. Previous studies identified the viral protein R (Vpr) as important modulator of the DNA damage response. Vpr is present in viral particles and manipulates HIV-1 infected cells immediately upon viral entry.

Here, we joined forces between two research groups specialized in DNA repair and HIV/AIDS, respectively, to elucidate whether and how HIV-1 modulates DNA repair in cells that are already productively infected. To achieve this, we used fluorescence-based reporter assays for specific DNA repair pathways. Unexpectedly, our approach identified the viral protein U (Vpu) as key modulator of DNA repair. Vpu is a small membrane-associated protein whose major known functions were to degrade the primary viral receptor CD4 preventing superinfection, to counteract the restriction factor tetherin promoting efficient release of progeny HIV-1 virions and to inhibit the cellular transcription factor NF-kB mitigating innate immune activation.

We discovered two novel synergistic activities of Vpu. First, Vpu prevents circularization of the viral DNA by inhibiting the activity of the DNA repair protein RAD52. The linear viral DNA that enters the nucleus contains identical sequences, called long terminal repeats, at its ends and is thus prone to generate dead-end 1-LTR circular forms. Concomitantly, Vpu activates the helicase BLM that unwinds the ends of the linear DNA and permits degradation by the exonuclease EXO-I. Thus, once expressed in the infected cell Vpu prevents the accumulation of viral DNA species and also further proviral integration.

However, why would HIV-1 inhibit its own integration? Notably, Vpu is present only during late stages of the viral replication cycle, when HIV-1 already accomplished integration and established productive infection. Thus, HIV-1 must prevent superinfection to optimize viral spread and delay the death of infected cells. In fact, reducing effects on viral DNA species were only observed under conditions allowing multiple rounds of HIV-1 infection.

Counterintuitively, our results clearly showed that Vpu manipulates nuclear events although it is not present in the nucleus. A major clue solving this enigma came from our discovery that Vpu interacts with RanBP2/Nup358, a component of a large nuclear pore complex regulating nuclear transport and a post-translational modification called SUMOylation. Thus, Vpu ,via RanBP2, impacts on nuclear compartments termed PML-nuclear bodies that relay the Vpu effect to DNA repair enzymes including BLM and RAD52.

Altogether, while examining the interplay between HIV-1 and DNA repair, we made some unexpected discoveries, some of which were initially counterintuitive, but explained by digging deeper and acquisition of additional data. Accumulating evidence suggests that Vpu prevents superinfection and immune sensing by sophisticated synergistic mechanisms including degradation of the HIV-1 receptor CD4, suppression of NF-κB-driven immune activation, inhibition of RAD52, and activation of BLM for degradation of excess viral nuclear cDNA and prevention of proviral hyper-integration. However, important questions remain to be answered. For example, BLM and Exo I are expressed at high levels in activated T cells and might may restrict proviral integration. Thus, what is their precise role in innate antiretroviral immunity and the establishment of latent reservoirs of HIV-1? 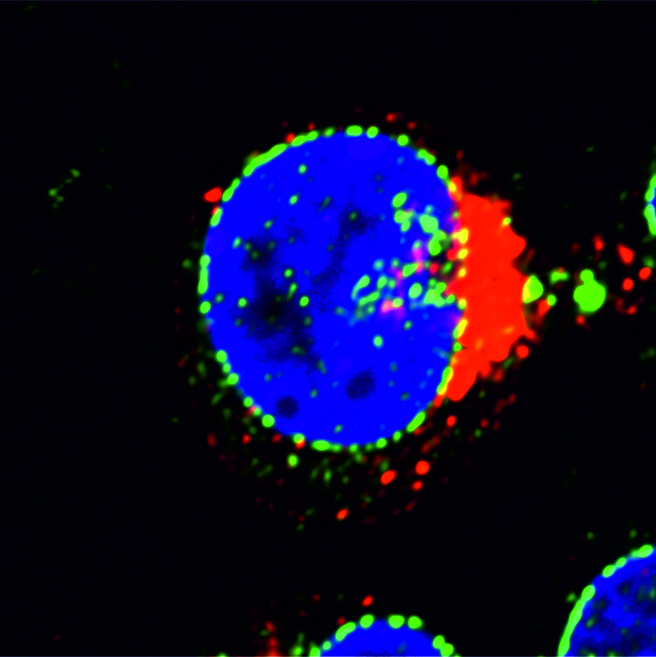 HIV-1 Vpu: a tricky modulator of the DNA repair machinery