Many prokaryotic microorganisms produce gene transfer agents (GTAs), which are structurally similar to bacterial viruses called bacteriophages or phages in short. GTA mediate horizontal gene transfer among bacteria. Despite of the role of GTA in bacterial evolution, their structure remained unknown. 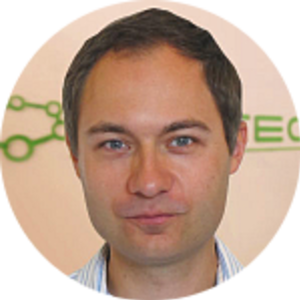 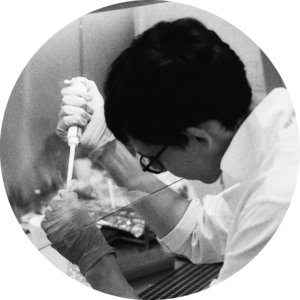 GTAs are produced when the cells are stressed, for example by nutrient shortage [1].  At most 1% of cells from the population initiate synthesis of GTAs [2], which carry short pieces of the cell genomes. The cells producing GTA die [2], however, part of their genetic information is carried over to the recipient cells. This system is advantageous for individual genes since it provides a way for genes to persist even when the cells die. However, using GTAs to transmit DNA carries risks for the cells employing this system. GTAs may gain the ability to selfishly encapsulate genes encoding their proteins. In that case, GTAs would not provide any benefit to the other genes of a cell. The selfish GTAs would behave like a virus, which would be a disaster for the producer microorganism. Phages may have arisen from GTAs encoded by the early life forms. Alternatively, GTAs may be “tamed” phages utilized by the cells to propagate their DNA. We performed a structural study of GTA produced by marine bacterium Rhodobacter capsulatus (RcGTA) [3]. The structure of RcGTA particle shows that the cells of R. capsulatus employ at least four mechanisms to restrict the possibility of conversion of RcGTA to phage-like propagation: (1) The head of RcGTA, unlike those of phages, has the shape of compressed icosahedron with reduced size, allowing it to package only four genes. In contrast, the structural locus of RcGTA contains eighteen genes. (2) DNA is packaged in RcGTA heads with lower density than that in the heads of phages. (3) The genes required for the assembly of RcGTA particles are present in five distinct loci dispersed through the bacterial genome [4]. Therefore, at least nine particles are required to encapsulate the entire DNA encoding RcGTA proteins. (4) Particles of RcGTAs do not mediate the gene transfer on their own. Recipient cells have to actively uptake the DNA brought to them by RcGTA [5]. In contrast, phages puncture cell walls and membranes and eject their genomes into bacteria without the active participation of the cell that is being infected. Properties of RcGTA indicate that this system evolved from a “tamed” phage acquired by the bacteria. The numerous mechanisms preventing reversion of RcGTA to phage lifestyle provide evidence that R. capsulatus cells are under evolutionary pressure to prevent it.