From mosquitoes to SARS-CoV-2

Late February I traveled back to the United States from a visit to my home country, The Netherlands. Little did I know back then that I just made it back in time before the COVID-19 pandemic was declared, the travel ban was enacted, and cases were rapidly rising in the US. When I returned to the Grubaugh Lab at the Yale School of Public Health, the focus of our lab had shifted from mosquito-borne viruses to the novel coronavirus. Although I normally do research on transmission of viruses by mosquitoes, I knew I could use my molecular skills to help fight the COVID-19 pandemic. Specifically, we knew we could help assuage the national struggle of laboratories to validate their diagnostic assays.

The first thing we did to help the rapid emergency response was to construct RNA transcript standards. These RNA transcript standards are short stretches of RNA that span the regions of the SARS-CoV-2 genome targeted by primer and probes sets from commonly used quantitative reverse transcription-polymerase chain reaction (RT-qPCR) assays. By generating these standards we could provide laboratories with controls to validate their RT-qPCR assays. We worked day and night to generate five standards spanning different regions of the SARS-CoV-2 genome to be able to share the standards with clinical laboratories. Our mission was to distribute these standards to laboratories around the world, and we accomplished it within weeks.

After generating the standards, we started working on a research protocol that later would help us to establish the Yale IMPACT biorepository: a SARS-CoV-2 collection with currently more than 30.000 specimens from inpatients, healthcare workers, and outpatients with matching clinical information and test results. When establishing our testing protocol we soon realized that different RT-qPCR assays were used in different parts of the world. Even more concerning, it was unclear how the performance of these assays would compare to each other. Therefore, we made an independent comparison of analytical sensitivity and efficiency of nine primer-probe sets used in assays that were developed early on during the pandemic. We tested all primer-probe sets under the same standardized conditions in order to rule out variation due to specific conditions (i.e. primer and probe concentrations, PCR kits, and PCR conditions) used in these assays. We found that overall all primer-probe sets had very similar analytical performance under these standardized conditions, except for the RdRp-SARSr primer-probe set developed by the Charité Institute of Virology, Universitätsmedizin Berlin. The reduced performance is likely due to a mismatch in the reverse primer that was included to help detect related coronaviruses. Based on our findings we established a modified protocol using the US CDC primer-probe sets for SARS-CoV-2 detection for research laboratories.

To date, we have used this protocol to test more than 10.000 specimens. Our findings have led to several important insights, such as the potential of saliva as an alternative specimen for SARS-CoV-2 detection, detection of SARS-CoV-2 in sewage sludge, SARS-CoV-2 infection of the placenta, differences in immune responses to SARS-CoV-2 that underlie disease outcomes, and will serve many more ongoing and future research projects to better understand and ultimately prevent and control COVID-19. 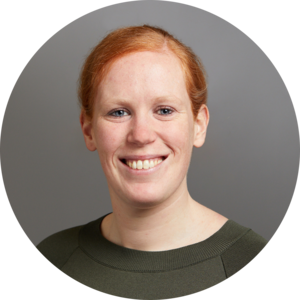 Ben Johnson
over 1 year ago

Validation of assays is not the most glamorous work, but it is so important! Well done