Azole drugs have been used for decades, with moderate success in the treatment and prophylaxis of human fungal infections. Although apparently well established, the known mechanisms of resistance to azoles don't explain all the cases of azole resistance observed in clinical isolates.
Miguel Cacho Teixeira
Associate Professor, iBB - Institute for Bioengineering and Biosciences, Instituto Superior Técnico, Universidade de Lisboa
Follow
Like Liked by Salvatore Mandalà and 4 others
0

Drug resistant microbial infections have been recognized by the World Health Organization as one of the top 10 global public health threats facing mankind. Drug resistant human fungal infections are particularly worrying as the antifungal armamentarium is scarce and on the verge of becoming obsolete, especially for the treatment of infections caused by some non-albicans Candida species.

Understanding the molecular basis of drug resistance is believed to be crucial to design better suited antifungal therapeutic approaches. The evaluation of these molecular mechanisms in laboratory environments have been mostly conducted through the inspection of pathogenesis related phenotypes upon deletion or over-expression of individual genes. Although interesting, this approach lacks connection with the clinical evolution of drug resistance phenotypes, and as such may lead to the identification of drug resistance determinants that have no real impact on the clinical outcome of infections.

In this study, we bet on studying the genome evolution of Candida glabrata clinical isolates towards azole drug resistance, using an in vitro evolution approach, and posaconazole as the drug of choice. Surprisingly, three of the final multi-azole resistant strains did not display the typical genetic marker of azole resistance: Gain-Of-Function mutations in the PDR1 gene, leading to the constitutive activation of the transcription factor Pdr1 and, consequently, to the constitutive over-expression of drug efflux pumps that catalyse the extrusion of azole drugs. We then asked ourselves, if not Pdr1, who could be the causative agent behind the drug resistance phenotype. And to our surprise, a single gene, besides a couple of adhesin enconding genes, was found to be mutated in the three evolved drug resistant strains: HXT4/6/7. Following this clue, we've characterized Hxt4/6/7, and its close homolog Hxt6/7, as plasma membrane hexose importers, whose deletion was found to increase azole resistance, even in a pdr1∆ background. Could these hexose importers be hijacked to work as azole importers as well? We've checked this hypothesis using radiolabelled-fluconazole accumulation studies and in silico docking, demonstrating that Hxt4/6/7 is important for the accumulation of the drug and, at least in silico, is predicted to display a strong affinity to azole drugs in the sugar binding pocket of the protein.

The cool think about this result was that, almost 20 years earlier Ted White's group had demonstrated that azole drugs do not enter yeast cells just by passive difusion, but rather are imported into yeast cells by facilitated transport. At that time, it was not possible to identify the "midle man", that is the membrane transporters responsible for this activity. We believe that hexose transporters are the missing link. Indeed, our discovery may very well be just the tip of the iceberg, as many other members of the hexose transporter family in C. glabrata, but also in all other pathogenic fungi, are likely to share this unexpected role of Hxt4/6/7.

This work was only possible with the collaboration of several research teams, including my own team, at iBB-IST, Univ of Lisbon, Portugal, Acácio Rodrigues' team, CINTESIS-FMUP, Porto, Portugal, with access to clinical isolates and long experience in studying the clinical development of antifungal resistance, Patrick Van Dijck's team, UCL, Louvain, Belgium, who contributed with high experience in genetic manipulation of yeasts, and Cláudio Soares' team, ITQB-NOVA, with longstanding expertise in molecular docking.

Check out the paper from the following link: 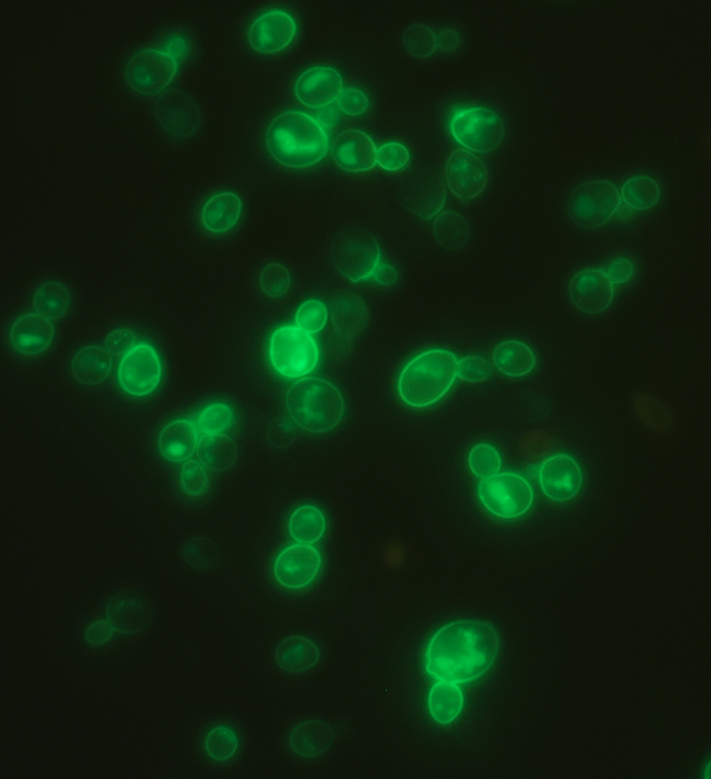 Azole drugs have been used for decades, with moderate success in the treatment and prophylaxis of human fungal infections. Although apparently well established, the known mechanisms of resistance to azoles don't explain all the cases of azole resistance observed in clinical isolates.