Towards a unified understanding of protein dynamics and their functions in the bacterial cell division complex
Georgia Squyres
Postdoctoral Researcher, Caltech
Follow
Like Liked by Mads Frederik Hansen
0

The most common reaction when I tell people that I study how bacterial cells divide is: “Really? We don’t know that already?” It seems like such a fundamental process should be well understood, but yes, really: there’s a lot we don’t know about bacterial cytokinesis. At its heart is a protein called FtsZ, a bacterial tubulin whose filaments form a “Z ring” at the middle of the cell that constricts during cell division. At face value, this looks a lot like eukaryotic cell division, in which actin filaments form a contractile cytokinetic ring. However, in eukaryotes, myosin motors are also present at the division site, while bacteria lack such motors entirely. How do the bacterial division proteins work together to generate constrictive force and divide the cell? Right now, progress is being made quickly in the field, with a lot of research labs each bringing their own expertise to solve the puzzle piece by piece.

During the first part of my graduate work, I was involved in a collaborative project that brought together the Garner lab (where I was a student) with the Brun, VanNieuwenzhe, Holden, and Dekker labs to study how FtsZ filaments move during bacterial cell division. We found that FtsZ filaments move around the division site by treadmilling, and that this treadmilling causes other division proteins to move and ultimately helps orchestrate cytokinesis. My first moment of discovery as a graduate student was seeing single molecules of Pbp2B, a cell wall synthesis enzyme, spinning around the Z ring. I would later understand that this movement was driven by FtsZ and that it helps to distribute cell wall around the division site, but at that moment in the microscope room, the most important message was clear: protein dynamics are key.

Once that project ended, I knew I wanted to keep studying how protein dynamics, and FtsZ in particular, help to divide bacterial cells. Matthew Holmes, another graduate student who had recently joined the lab, was also keen to study these dynamics. Matt decided to focus on studying how the proteins in the rest of the division complex moved. In the original work, we found that some proteins in the division complex were stationary at the single molecule level, while other proteins moved. Matt reasoned that this meant there had to be two sub-complexes at the division site that moved differently, and set out to test this idea by systematically imaging the dynamics of each division protein, becoming a formidable single-molecule microscopy expert in the process. Meanwhile, I became interested in a group of proteins that bound to FtsZ filaments. These proteins- EzrA, SepF, and ZapA- reminded me of the proteins that regulate actin filaments and microtubules in eukaryotes. I was curious if these proteins were similarly responsible for regulating FtsZ filaments, and if so, in what way and what the implications would be for cell division.

My pet hypothesis was that these proteins would regulate FtsZ dynamics, which would mean that they controlled FtsZ treadmilling. To study this, we first needed a very precise way to measure FtsZ treadmilling in live cells. Other groups had previously measured FtsZ dynamics in vitro by measuring the lifetime of subunits in treadmilling filaments. Adapting this method to work inside cells was not an easy task, but luckily, we had some help. Ethan was invited to teach in the Physiology course at the Marine Biological Laboratory that year, and I brought along this subunit lifetime project. Three talented and energetic graduate students- Sarah Barger, Betheney Pennycook, and Joel Ryan- tackled the experiments head-on, both during the course and afterward in a visit to the Garner lab. What was once a dream experiment was now a working assay.

Once the dust settled, though, it was clear that my pet hypothesis was wrong: none of these proteins had any detectable effects on FtsZ dynamics. Instead, removing them caused catastrophic defects in Z ring assembly, turning them from Z rings into “Z fluffs”, as I referred to them during my group meeting presentations. I was still sulking when I brought the project back to the Physiology course for a second summer, but Victoria Yan helped me see my results in a new way: as she put it, these proteins were modifying the “mesoscale architecture” of the Z ring, and that suggested that they might mediate inter-filament interactions. There was a lot of literature about these proteins as potential FtsZ bundlers, and one luckiest-suppressor-screen-of-my-life later, the story was coming together.

Finally, Matt and I decided to join forces. Together, our data helps to provide a more complete picture of how protein dynamics work in the division complex: as Matt predicted, there are indeed two dynamic sub-complexes: one containing the cell wall synthesis proteins and their binding partners, and one consisting of FtsZ and FtsZ binding proteins. It also provides a detailed look into what those FtsZ binding partners do during cell division, bundling FtsZ filaments together to form a functional Z ring. Without this bundling, which normally happens during the first part of the cell cycle, cells can’t divide.

The question now is why FtsZ bundling is so important for cell division. We have some ideas, including that it might help localize cell wall synthesis at the division site or that it could help FtsZ filaments generate membrane deformations. Future studies, especially those combining in vitro approaches with live-cell imaging, will help us understand how this all fits together in the big picture of bacterial cell division.

Of course, there’s a lot more to this paper than I can share here- SIM-TIRF of FtsZ filaments in the presence and absence of EzrA, the weird phenotypes of a FtsA knockout, and plenty more. Read the whole thing here: https://dx.doi.org/10.1038/s41564-021-00878-z 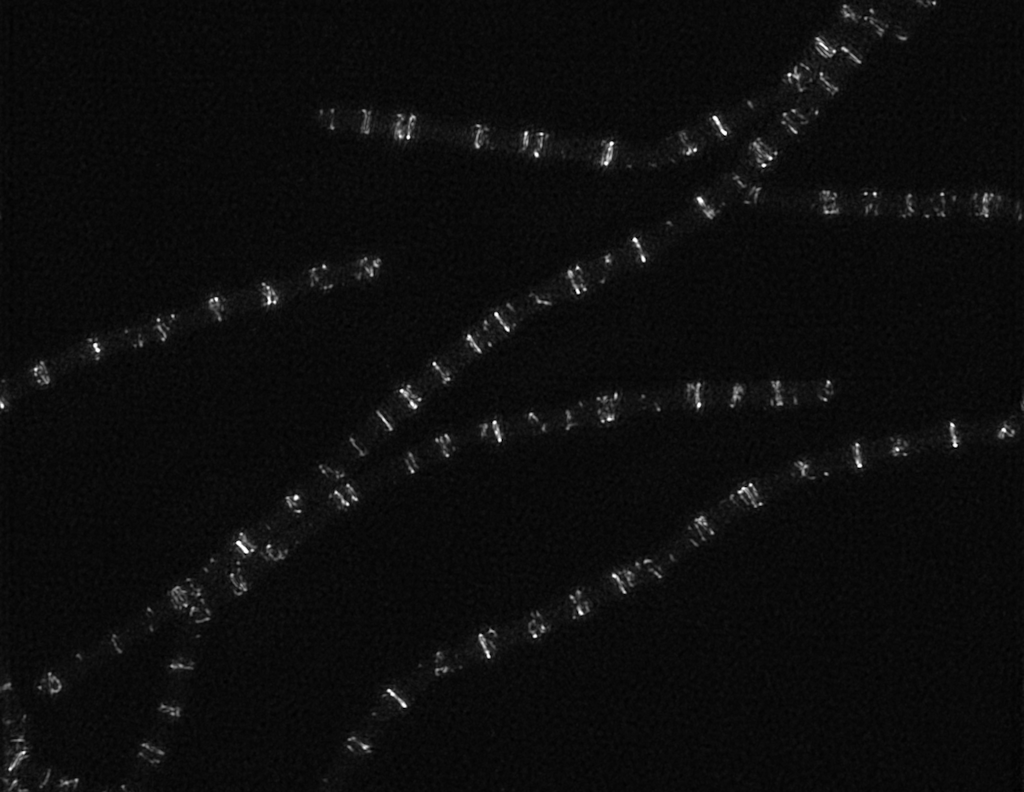