An important component of host defence against viral infection is cell intrinsic immunity. This type of immunity is mediated at a cellular level rather than requiring recruitment of other cells to restrict the infection. It is characterised by the induction of an anti-viral state, which limits the ability of viruses to enter cells, make copies of themselves within the cell or exit the cell having replicated. The induction of this anti-viral state is triggered by a signalling molecule called interferon. Interferon signalling leads to the expression of a multitude of interferon stimulated genes (ISG). Many of these ISG are uncharacterised in terms of function.

Technological developments over the last twenty years have changed the way that we investigate how cells work. In particular, the use of transcriptomics, where the messenger RNA (mRNA) in a sample is measured. mRNA is important because it is the intermediary between the cell nucleus, where the genetic information is stored and the ribosome, where proteins are made. Transcriptomics gives an overview of what the cell is doing. However, transcriptomics is a broad-brush tool that does not necessarily give the fine detail of what individual genes do in the prevention of infection.

Over the last few years we have undertaken a program of work to understand the role of individual ISG in the control of viral infection. In particular we are interested in respiratory syncytial virus (RSV). RSV infects the lungs of children – all children will be infected with it before the age of 2 years old, most before 6 months of age. Some of these children will get extremely sick with RSV infection and we hypothesized that this is because they fail to control the virus early on during infection. However, prioritising which ISG to investigate was an issue, especially given the large amount of data available. We therefore used a screening process to identify those genes which are more commonly associated with RSV infection (https://doi.org/10.1128/mSystems.00051-16).

This screening process led us to work on a pair of genes called Interferon-induced protein 44 (IFI44) and interferon-induced protein 44-like (IFI44L) which we published in the Journal of Virology (https://jvi.asm.org/content/early/2020/06/26/JVI.00297-20). We confirmed that the genes were induced following RSV infection and then set about exploring whether they played a role in the control of infection. The first question was what would happen in the absence of either gene. Using two different gene-knockout approaches, CRISPR-cas and siRNA, we showed that when you reduce expression of either gene, the virus replicated better. We then did the opposite experiment, increasing the amount of both genes in the cells, this led to decreased viral replication. These initial findings were supported by studies in mice and children. Mice lacking the IFI44 gene were more susceptible to RSV infection and children with lower expression levels of the gene, as determined using transcriptomics on their blood, were more likely to have a more severe infection – though this was a weak association.

The question remains as to how IFI44 and IFI44L prevent viral infection. One of our observations was that altering the levels of the two genes altered the ability of cells themselves to replicate. When there was more IFI44, the cells replicated more slowly, when it was removed they replicated faster. We think that this gives us a clue as to their function – somehow they limit resources that both the cells and the virus need to make more copies of themselves. We are now looking to understand exactly how this happens. What is fascinating is that there are so many different genes involved in the prevention of viral infection and an important question is how do they interact to protect us. 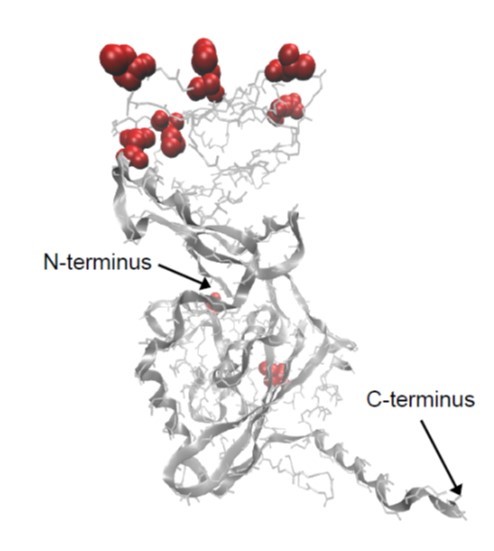