When I tell people that I’m doing research on resistance to disinfectants, most of them ask me whether we started doing this in response to the ongoing SARS-CoV2 pandemic. Well, we didn’t. But in more than one way, our research on antimicrobial resistance is related to it.

As you might know, there is a pandemic going on. No, I’m not talking about SARS-CoV2. I am talking about antimicrobial resistance (AMR), sometimes referred to as the “silent” pandemic1. Resistance to antimicrobials, such as antibiotics and disinfectants, is a serious problem and causes hundred-thousands of deaths annually – tendency rising. The emergence of resistance is fueled by the ever-increasing use of antimicrobials. This sounds paradox, but the reason why antimicrobial use causes AMR is natural selection – bacteria constantly evolve to adapt to their environment. And if their environment is loaded with antimicrobials, it favors bacteria that can survive and reproduce in these environments. Bacteria have many different defense mechanisms and some of these are effective against many different, sometimes unrelated compounds; this phenomenon is termed cross-resistance. Because of cross-resistance, exposure to a disinfectant can result in reduced susceptibility to unrelated agents such as antibiotics2. This is especially relevant in settings where disinfectants and antibiotics are used in conjunction, e.g. in health care and animal husbandry.

Disinfectants are an effective measure to control the transmission of bacterial (and viral) pathogens in general, and antibiotic resistant bacteria in particular. The use of disinfectants has been surging over the last two years. As a simple example: ask yourself how often you’ve used hand or surface disinfectant over those last two years compared to the time before. Disinfectants are currently ‘in-all-hands’. But even before the SARS-CoV2 pandemic, the consumption of biocides used as disinfectants was estimated to be much higher in terms of mass than for antibiotics3,4. As such, it is likely that biocides are a driver of microbial adaptation to antimicrobial substances on a global scale. Nevertheless, the topic of disinfection resistance remains relatively underexplored compared to antibiotic resistance, as a quick search on PubMed indicates (Figure 1).

In our lab, we study how bacteria adapt to disinfectants, preservatives and other compounds that are regulated as biocides. We are especially interested in the environmental conditions that favor the emergence of resistances, the underlying mechanisms that bacteria employ and the consequences of biocide exposure for resistance to antibiotics.

In our most recent paper, we describe a novel principle for how microorganisms adapt to stress imposed by the commonly used disinfectant benzalkonium chloride (BAC). Namely, we observed that the bacterium E. coli forms a small subpopulation that can survive disinfection with BAC for much longer than the rest of the population. In the field of antibiotic research, these subpopulations are called persisters5. The persister subpopulation in our experiments makes up less than 0.01% of the population. This number might appear insignificant at first. After all, 99.99% of the bacteria were killed by the disinfectant. However, when we exposed an E. coli population to BAC once a day and let them recover between treatments, we found that the fraction of surviving cells increased from 0.01% at the start to around 10% within only 4 days of repeated disinfection! By surviving the disinfection event, the persisters had enabled the whole population to evolve and to adapt to their environment. When we sequenced the genomes of our evolved bacteria, we found that several genes were mutated. The gene that was most often affected was lpxM. lpxM codes for an enzyme involved in the biogenesis of the outer membrane and has previously not been associated with resistance to antimicrobials. Upon closer inspection, we found out that our mutants possessed an altered membrane surface charge, which likely results in less absorbed benzalkonium chloride and, thus, increased survival.

But now what? Should all biocides, such as disinfectants, be banned to lessen the chance of AMR? Of course not! If used correctly, biocides are invaluable in many areas of today’s society. Just like antibiotics, they have saved countless lives and continue to do so. Safeguarding the efficacy of these precious resources is paramount and inappropriate use should be avoided. A possible route would be the stricter regulation of biocides based on scientific evidence of their benefit in specific fields of applications. Just like for antibiotics, application guidelines pertaining to concentration and contact time should be followed closely.

Our hope is that our work will sensitize scientists, policy makers, professional users and the public that not only antibiotics, but also disinfectants, need to be used properly to safeguard their efficacy, on which we rely so much to combat two ongoing major public health crises: antimicrobial resistance and the SARS-CoV-2 pandemic. 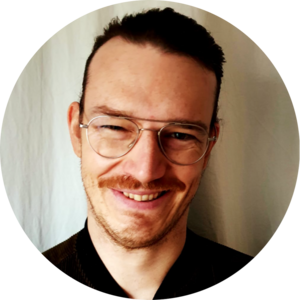