Diphtheria is a historical and vaccine preventable disease, which has recently seen a surge in the number of cases reported globally with variants that could potentially escape vaccine and treatment. 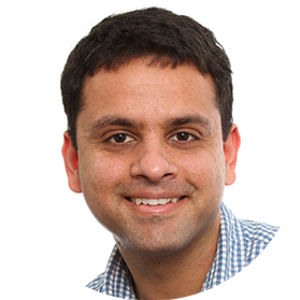 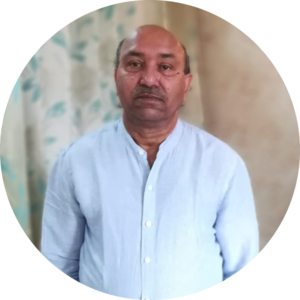 During 1920’s diphtheria was a leading cause of death in children globally. Due to infection of upper respiratory tract that leads to suffocation and death, this disease is also referred to as “the strangling angel of children”. During 18th- 20th century, large outbreaks struck in Europe, America, Russia and Eastern Europe and today the disease still remains endemic in many places around the world. The hallmark of diphtheria is the formation of the pseudomembrane on the site of colonization, usually interior tonsillar and posterior pharyngeal areas. It can also result in cutaneous infection. Corynebacterium diphtheriae, the causative agent of diphtheria is a Gram-positive bacillus. Since the introduction of universal immunization programs, the incidence of this disease has been reduced drastically. However, in many countries due to different factors such as low socioeconomic status, inaccessibility to public health, displacement of human population, and poor immunization programmes, the problem still prevails.

A potent toxin produced by C. diphtheriae known as Diphtheria Toxin (DT) is crucial for the pathogenesis of the organism. Hence, the management of disease has almost always involved patient isolation and treatment with antitoxin and antibiotics. DT is encoded on a corynephage, which can lysogenise with other closely related species, including C. ulcerans and C. pseudotuberculosis. These species are now being increasingly found to be associated with clinical disease that cannot be differentiated from diphtheria based on symptomatic examination. In addition, non-toxigenic but tox-bearing (NTTB) C. diphtheriae have also been reported in many clinical cases in Europe, Brazil and Asia. Since the diphtheria vaccine is primarily a toxoid formulation, it may not be effective for preventing NTTB-mediated infections. It also remains unknown if the existing vaccine is continuing to be as effective against the variants of C. diphtheriae that are in circulation today. With this backdrop, we analysed the  genomes of a large collection of C. diphtheriae isolates to determine their phylogenetic  structure, antimicrobial resistance (AMR) portfolio and toxin, which is the key target of current diphtheria vaccine.

The collection of more than 500 C.  diphtheriae genomes in our study covered 16 countries and territories, spanning a period of 122 years. Our study included data on 60 novel Indian isolates. Genomic analysis has shown that the C. diphtheriae is a genetically diverse species with extensive recombination across the whole species and 62 isolates were designated as novel multilocus sequence types (MLST). Distinct clades contained monophyletic groups identified from several countries, representing a successful population spread across the globe. Diphtheria outbreak-associated isolates belonged to a single group of C. diphtheriae.

Eighteen allelic variants of the tox gene were identified among the 291 tox+ isolates. The diphtheria vaccine strain C. diphtheriae PW8 and about 50% of the global isolates exhibited the tox variant type 16. However, the inevitable selection pressure on DT due to constant global increase in vaccination rates for diphtheria was evidenced by the recent increase in non vaccine type tox variants and NTTB strains. Prevalence of toxin diversity in C. diphtheriae and NTTB strains forewarns us to prepare for possible vaccine escape and anti-toxin treatment failure in the future.

Based on the evaluated AMR portfolio, it also became evident that the resistance genotypes are not restricted to a single country. While majority of the C. diphtheriae isolates were susceptible to commonly used antimicrobials such as erythromycin and penicillin, a few isolates showed AMR acquisition, which could only be explained by exposure during asymptomatic infection or carriage to antibiotics generally not used in treatment of diphtheria.

Interruption of childhood vaccination schedules worldwide due to COVID-19 pandemic and reported increase in diphtheria case numbers from  2018 highlights how important it to monitor the disease and make preventive efforts before it becomes a global threat once again. Future studies should focus on asymptomatic carriage in vaccinated, partially vaccinated and unvaccinated individuals, especially covering communities that are at-risk communities or are known epidemiological hot spots of the disease.