Menu
A community from Nature Microbiology
Editor
From the Editors, About the Community

Despite the pandemic, let’s not give up on battling inequality

Lock-downs appear to be exacerbating existing biases in research. We should watch out for those whose uphill struggle just got steeper.

Like all crises, the COVID-19 pandemic is producing winners and losers. Based on early analyses and accounts, for example, here,  here (underlying method here), here and here , it seems that many women in science are finding themselves on the losing side: there is already a detectable drop in the proportion of preprint submissions authored by women – while men, if there’s any change, contribute more. The Earth and environmental sciences are a hotspot: among the most popular preprint servers, EarthArXiv records one of the biggest reductions. And there are hints that early-career researchers may be affected over-proportionally. The drop is larger in the first-author positions, where usually more junior researchers are found, and less pronounced among the often-senior last authors. At Communications Earth & Environment, we are conscious that the playing field was not level to start with. It is now tipping further out of balance. We are considering whether there is anything we can do.

The trend that is emerging now, only a month or two into the lockdown, is most likely only the very beginning of a much larger slump: half a year lost in a three-year PhD project could derail the research, and a missed fieldwork season could leave data gaps that mean important questions cannot be addressed. Early career researchers are often on short-term funding, where timing is critical. And women are probably affected more because they are, on average, more likely than men to take on the vitally important, additional care-giving responsibilities – home-schooling, tending sick relatives – that the pandemic has brought. Less time to take measurements and samples, less time to analyse data and less time to write up the results will add up to delays in their research that are hard to catch up. The impacts could be felt for years, depending on the stage of the research project when the lock-downs hit.

There are no easy ways of redressing the balance. Nevertheless, we should not just let it be. As a result of circumstance beyond anyone’s control, the future career options of a generation of young researchers could be skewed to cement existing inequalities.

At Communications Earth & Environment we have considered what we can do to ease pressure a little, at least at the point of publication.

First, we would like to expedite the handling of papers by those who have been disproportionally disadvantaged during the COVID-19 health crisis. To this end we invite anyone who has suffered delays in their research – which is obviously not limited to women alone – to let us know in their cover letter, so that we can do our best to handle these manuscripts with priority. How much of a difference this measure makes will, however, depend on how many requests we receive: the larger the proportion of fast-track requests, the less of an effect. We therefore also ask all authors to consider carefully whether your need is greater than most others’.

Secondly, we will relax our criteria of novelty. We will not decline papers for publication because of overlap with results by independent groups that was published slightly earlier where broadly the same research goal was plausibly pursued in parallel.

We are, of course, aware that these measures can help only in a small way. Hopefully, making these changes public will raise awareness. Any concerns about gender balance and other inequalities in the publication record as a result of the pandemic are dwarfed by the human tragedy of hundreds of thousands of deaths from COVID-19, and of many more people experiencing severe illness, potentially long-lasting health effects, and lost livelihoods. Nevertheless, we should not just let inequality rise: a forced decline in productivity now could affect the career options of a generation of young researchers. 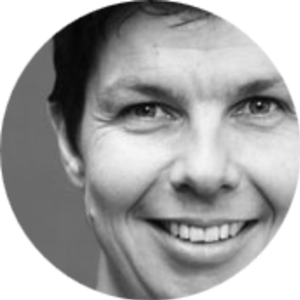