In our recent work we show that the bacterium Desulfovibrio desulfuricans strain G11 can grow autotrophically via the reductive glycine pathway, which was not yet demonstrated before in nature for CO2 fixation. 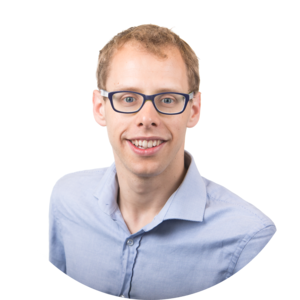 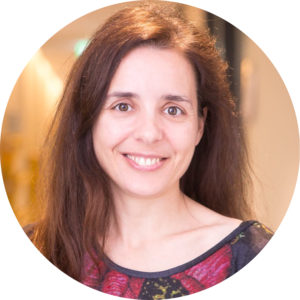 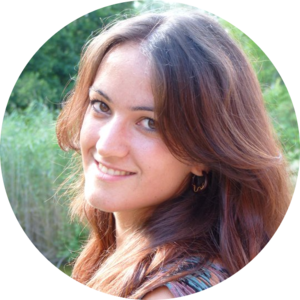 The capacity of D. desulfuricans to grow on CO2 as sole carbon source was not yet reported, even though Spirillum desulfuricans (later on renamed Desulfovibrio desulfuricans) had been isolated, by the renowned Dutch microbiologist Martinus Beijerinck, exactly 125 years ago. Mainly, the ability of this microbe to reduce sulfate to sulfide was highlighted then, and many researchers followed up the work of Beijerink and studied this fascinating process.

Also the senior-author of our manuscript, Prof. Alfons J.M. Stams, started his career in 1980 studying the carbon metabolism of Desulfovibrio. In his later work as a microbial physiologist Fons kept interest in Desulfovibrio species, and especially the syntrophic and competitive relations of sulfate reducers with other microorganisms. In a previous study1 on microbial syntrophy, Fons and co-workers developed the hypothesis that D. desulfuricans might not necessarily need acetate for growth, as previously assumed, but that it might possess another so far hidden metabolic feature: autotrophy. The fact that the genome of D. desulfuricans did not encode for all enzymes of one of the known six natural CO2 fixation pathways intrigued him.

In the search for a possible pathway for CO2 fixation by D. desulfuricans, the research published by Arren Bar-Even offered inspiration. Arren proposed the reductive glycine pathway in 20132 as a (synthetic) energy-efficient pathway for formatotrophic metabolism, and later in 2018 also for autotrophic growth3. The genome of D. desulfuricans  seemed to encode all the necessary enzymes for this pathway. First transcriptomics and proteomics results pointed towards the operation of the reductive glycine pathway in D. desulfuricans. Arren Bar-Even was invited to join the team to further study this. Arren’s lab, as well as Christopher Lawson in Berkeley, performed metabolomics analyses and could finally proof the activity of the pathway. So far, full autotrophic growth via ‘7th CO2 fixation’ pathway in nature was only suggested based on a metagenome of a non-isolated phosphite oxidizer in 20184. Two years later we are happy to demonstrate that this pathway is real in nature, adding to the intriguing diversity of CO2 fixation mechanisms and pointing out that autotrophic growth can be a “hidden” property of some (even well-studied) microbes.

This work is  a ‘final piece’ of a puzzle completed after an impressive 40-year long career for Prof. Alfons J.M. Stams, who recently became emeritus professor at Wageningen University. As his colleagues, we are very thankful for his great mentorship, and for the constant enthusiasm for microbial physiology that inspired so many.

A very sad note behind this paper is the tragic news that co-author Arren Bar-Even recently passed away at the age of 40. Apart from the conceptual idea on the reductive glycine pathway and metabolomics performed in his lab, Arren was actively involved in composing the manuscript text and figures, where he happily helped with his sharp and critical eye. Arren leaves behind a great hole; he was an inspiring scientist for many researchers in the field of metabolism and metabolic engineering. At the same time we are very grateful to have had opportunity to work with him. Just a couple of days before his unexpected death, Arren wrote us in reply to the acceptance of this paper: “Great to see my small synthetic pathway reaching maturity and becoming natural :-)”.

Several CO2 fixation routes have been named after scientists that made an important contribution in their discovery. In view of the long speculation if the ‘reductive glycine pathway’ could be a CO2 fixation of autotropic growth5, its assignment to a particular scientist is difficult. Arren was also never in favor of calling pathways after people and preferred metabolic names. Consistently, he called  the ‘Calvin-Benson-Bassham cycle’ the ‘reductive pentose phosphate pathway’, and the anaerobic Wood-Ljungdahl pathway the ‘reductive acetyl-CoA pathway’. This latter linear CO2 fixation route,  Arren saw as a ‘fraternal twin’ of the reductive glycine pathway, with glycine as central C2 molecule instead of acetyl-CoA. Arren chose the name ‘reductive glycine pathway’ for this pathway, so we hope the community will keep on using that name. Rest in peace Arren and thanks for all you gave us and the scientific community!