These deep-subsurface bacteria have likely undergone minimal evolution since their physical separation, potentially as far back as the breakup of Pangea between 165 and 55 Ma ago.

We were on a global hunt for microbial dark matter in all corners of the world. Microbial dark matter refers to the uncultured majority, the bacteria and archaea that we have not been able to get into culture, sequence their genomes, or analyze their ecology and evolution. During this hunt we analyzed hundreds of samples from collaborators all over the world that contained previously undiscovered lineages, which we would then sort and sequence using single cell genomics, giving us a first glimpse at their individual genomic diversity and metabolic capacity.

However, a handful of samples caught our eye for another reason.

We discovered many Candidatus Desulforudis audaxviator cells at five distinct subsurface sites across the globe. This lineage has long been of interest due to the fact it lives in low-energy, deep-subsurface fractures that are accessed via boreholes in South African ultradeep gold mines, and in one location forms the only single-species ecosystem discovered to date.

Out of curiosity, we examined the genetic relatedness of the genomes identified as D. audaxviator, and we discovered something absolutely shocking. The individual cells from California, Siberia and multiple sites in South Africa were nearly identical! Minimal genomic divergence had occurred despite having been separated by thousands of surface miles and living deep within the Earth’s subsurface where even meteoric water takes a minimum of tens of millions of years to travel. Even prophage viruses that had integrated into these genomes, and antiviral CRISPR regions, which are known to evolve on laboratory time scales, were mostly identical! This caused us to deviate from our original plans to document dark matter metabolisms and instead look for the cause of this astounding global genomic identity.

Where to begin? In collaboration with an international team of scientists, we began to look for explanations. We looked at dormancy as spores or low cellular doubling times as mechanisms for preserving genomic identity since the populations were separated into their subsurface environments, and instead found evidence of actively respirating and transcribing cells and relatively short cell turnover times. We ruled out population genetics explanations such as purifying selection. We searched the public databases for D. audaxviator 16S rRNA sequences in surface samples, and found none, meaning recent dispersal is unlikely. We only found them in continental subsurface environments, but not in deep sea environments, which is consistent with D. audaxviator inability to grow at marine salinities. Additionally, we found that the genetic divergence within populations was significantly smaller than the genetic diversity between populations, indicating that these populations were not experiencing recent or frequent intermixing. We also teamed up with ThermoFisher Scientific to investigate the fidelity of D. audaxviator DNA replication machinery, and while one of the analyzed DNA polymerases had a very low error rate, these observations were not sufficient to explain the extraordinary conservation of D. audaxviator genomes.

The exact reason as to why the global, deep subsurface D. audaxviator populations were genetically nearly identical still remains a mystery, and multiple factors may be contributing to this phenomenon. We hypothesize that these populations have minimally evolved since their original separation, which could date as far back as the breakup of Pangea, 55 to 165 myr ago.

Tullis Onstott takes us on a sampling trip into the depths of the Earth.

Our ﬁndings suggest that the separated D. audaxviator populations are more analogous to Darwin’s ﬁnches with subtle variations in color as opposed to large differences in beak size, and call for a re-evaluation of some of the explicit and implicit assumptions about microbial evolution. Just when we think we have a lineage figured out it might go into an evolutionary full-sprint, or even slow to a crawl, obscuring the true phylogenetic relatedness. This example is a powerful reminder that the length of branches we observe on the tree of life may not accurately represent the time since lineage divergence. 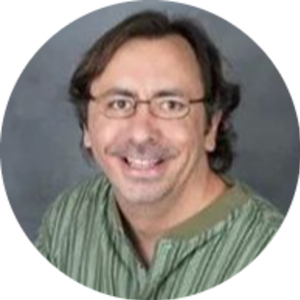 Equipment for subsurface sampling of microbes stands in Death Valley, California. New research led by Bigelow Laboratory for Ocean Sciences has revealed that a group of microbes, Candidatus Desulforudis audaxviator, have been at an evolutionary standstill for millions of years.