+1
Jun-Min Li and 1 other View all
Professor, Ningbo University
Follow 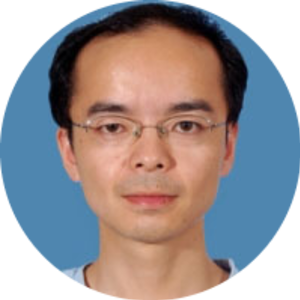 Viruses are the most abundant microbes on earth, and most of those previously discovered and studied viruses are pathogens causing diseases in their plant/animal hosts. Over the past decade, using metagenomic next generation sequencing, a large number of novel RNA viruses (insect-specific viruses, ISVs) were discovered in insects. However, the previous virome investigations are mostly focused on hematophagous insects, and the diversity of ISVs in plant virus vectors are poorly explored.

The whitefly, Bemisia tabaci (Hemiptera: Aleyrodidae), is a complex of morphologically indistinguishable cryptic species and one of the most globally damaging pests of open ﬁeld and protected cropping (Global Invasive Species Database, http://www.issg.org/database). Of these cryptic species, Middle East Asia Minor 1 (MEAM1) and Mediterranean (MED) have the most crucial commercial impact due to their ability to spread globally, replace native whiteflies and transmit economically important plant viruses.

Considering the agricultural importance and various cryptic species in the whitefly complex, we decided to investigate the diversity of RNA viruses in this pest comprehensively. Furthermore, we are also eager to see the co-relationship of the ISVs within different cryptic species of B. tabaci. Fortunately, we found that hundreds of RNA sequencing libraries deposited in NCBI SRA repository submitted by various institutes/universities worldwide will contribute to establishing an overview for the RNA viromes in B. tabaci. As a result, twenty novel ISVs (as well as twelve plant/fungal virus-like contigs) in B. tabaci were confidently identified from public datasets and newly-generated transcriptomes in our lab, and most of the ISVs are associated with a particular cryptic species while different cryptic species harbored one or more core ISVs. In addition, analysis of the profiles of virus derived small interfering RNAs indicated that some of the ISVs can successfully replicate in whiteflies and the antiviral RNAi pathway of B. tabaci is actively involved in response to ISV infections.

Cross-species transmission is the ability for a foreign virus to infect a new host species individually and spread in the new host population. Interspecies transmission has been well demonstrated in several important emerging zoonotic viruses including Severe Acute Respiratory Syndrome (SARS-CoV), Ebola, swine flu, rabies, avian influenza, as well as SARS-CoV-2, the causative agent of the current COVID-19 outbreak. Based on our results that most of the ISVs discovered in this study exhibit close association with a specific cryptic species of whitefly, but some have the ability to infect different cryptic species, it is intriguing to investigate further whether ISVs in the two important invasive whitefly cryptic species (MEAM1 and MED) were able to cross-infect. Our microinjection experiments showed that some ISVs could cross-infect between MEAM1 and MED, but others appeared to have a more restricted host range (Figure 1), reflecting the possibility of a distinct long-term coevolution of these ISVs and the different whitefly cryptic species. Further investigations are necessary to answer the intriguing issue about how some, but not all, of these ISVs can cross the cryptic species barrier of whitefly. Besides, the high diversity and efficient cross-species ability of some ISVs in various cryptic whitefly species may provide an excellent model system for future studies on the molecular and evolutionary mechanisms of interspecies transmission in zoonotic viruses. 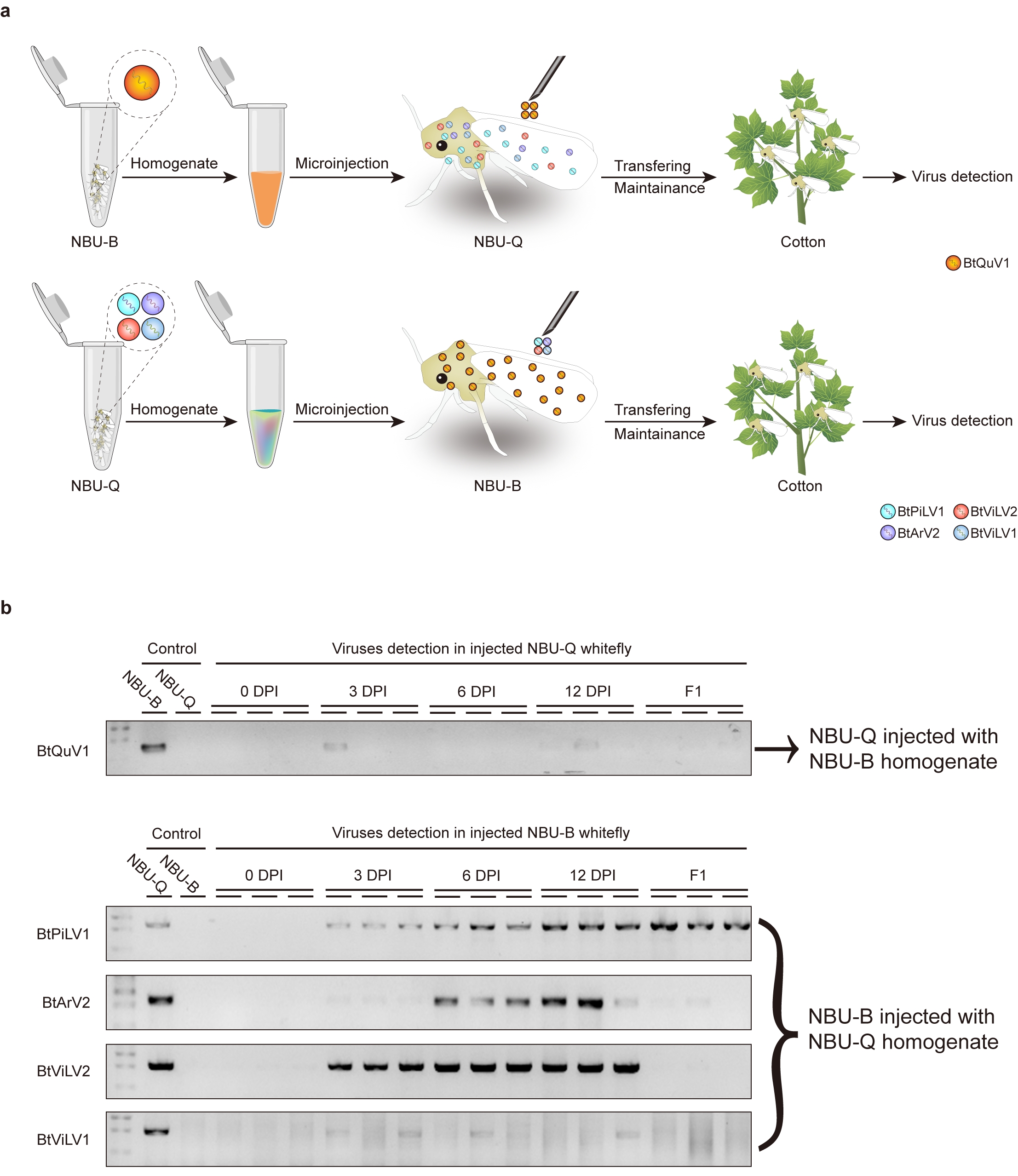 Figure 1. Evaluation of the ability of insect-specific viruses to cross-infect the cryptic whitefly species MEAM1 and MED. (a) Diagram illustrating the experimental workflow. In the upper panel whitefly individuals of NBU-Q (representing cryptic species MED) were microinjected with homogenate of NBU-B (representing cryptic species MEAM1). The reciprocal injection of NBU-B with homogenate of NBU-Q whiteflies is shown in the lower panel. (b) Detection of insect-specific viruses (ISVs) 0, 3, 6, 12 days post-injection (DPI), and in the next generation (F1). The presence of ISVs in each whitefly sample was determined by RT-PCR. Untreated NBU-B and NBU-Q whiteflies were used as controls. A pool of 20-30 whiteflies was collected for MEAM1 and MED whiteflies at each time point, and three independent biological replicates were performed. Abbreviation of virus names, BtArV2, Bemisia tabaci arlivirus 2; BtPiLV1, Bemisia tabaci picorna-like virus 1; BtQuV1, Bemisia tabaci quaranjavirus 1; BtViLV1, Bemisia tabaci virga-like virus 1; BtViLV2, Bemisia tabaci virga-like virus 2.

We welcome feedback from users interested in this research. Please get in touch with Prof. Jun-Min Li (lijunmin@nbu.edu.cn).