Cooperator and cheater interactions exist in biofilms. We were curious how cheaters influence the cooperators from an evolutionary perspective. Our study shows that cooperators' adaptation strategy involves a short-term anti-cheating mechanism that is related to a shift in phenotypic heterogeneity.

Surface-attached cells at the air-liquid interface called pellicles require sticky materials such as exopolysaccharides (EPS) in order to adhere to the surface and bind to other cells.  The gene responsible for EPS synthesis is expressed heterogeneously.  Non-EPS producers are unable to form pellicles but when cultured with EPS-producers, they proliferate in number and become part of the pellicle created by the producers. This means that non-producers gain benefits from the EPS generated by the producers.  Non-producers are referred to as “cheaters” since they profit from the EPS manufactured and shared by the producers without paying any cost. We were curious to know if the ability of non-producers to hitchhike on the producers and the heterogeneous expression of eps are evolutionary stable.

I stood in front of ~ 80 scientists at the 1st scientific meeting of the Priority Program SPP 1617 in Düsseldorf, Germany and presented confocal microscopy images to demonstrate heterogeneous expression of the matrix genes of Bacillus subtilis pellicle. But at that time, it was not known yet how this heterogeneous expression would be affected by the presence of cheaters (non-EPS producers).

After taking a week-long holiday in the UK,  I started the BIG experiment for a span of 70 days (see picture a). It was a good idea to go on a holiday before doing an experimental evolution because it meant having to be in the lab every day even on weekends and holidays.  After 70 days, I did another round (another 70 days) to confirm my observations.  Happy to say that both rounds showed similar results (round 2 data not shown in the paper).

At the start, I thought nothing exciting was in store. Although cheaters were predominant, there were no signs of population collapse. Then came the 10th transfer, one of the populations was outnumbered by the non-producers and led to population downfall. Then the story became more exciting! At the 35th transfer, 6 out of 8 populations led to collapse (see picture b).  Hours and hours of being in the dark microscopy room of the lab proved to be exciting as well. Confocal microscopy of pellicles formed by producers evolved with non-producers showed high-eps phenotype while control populations showed otherwise (see picture c).

My supervisor, Akos became a Professor and our lab moved from FSU Jena, Germany to DTU in Kongens Lyngby, Denmark.  The journey continued in Denmark by analysing the evolved producer isolates and trying to understand the genetic background of these high-eps phenotypes. Simon (visiting MSc student from Leiden University, The Netherlands) confirmed and quantified the high-eps phenotype observed from confocal microscopy through FACS. With the help of Gergely (Biological Research Center in Szeged, Hungary), we were able to pinpoint the mutation involved in this observed phenomenon --- alteration in rsiX, the gene that is responsible for cell envelope stress response.

Anna (Postdoc at BIE Group DTU, Denmark) and Simon did competition assays between ∆rsiX and ∆eps and demonstrated the consequence of rsiX deletion, wherein producers with rsiX mutation inhabit the upper oxygen-rich area of the pellicle and thus have better fitness.

I defended my PhD thesis at FSU Jena, Germany with this project included as the final chapter. The only point to complete my thesis work was to have this chapter accepted for publication.

All data plus competition assays from Daniel’s MSc thesis (FSU Jena, Germany) and statistical analyses by Anna made a big conclusive story that you could learn more by visiting our paper. https://www.nature.com/articles/s41396-020-0685-4 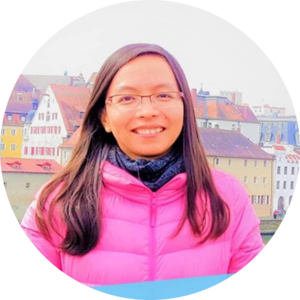