Can we Brie friends? Insights into bacterial-fungal interactions on cheese

Using a genome-wide screen of bacterial mutant fitness, we take a 'peek under the hood' of bacterial-fungal interactions to identify how fungi impact their bacterial neighbors.

+1
Emily Pierce and 1 other View all
PhD Student, UCSD
Follow 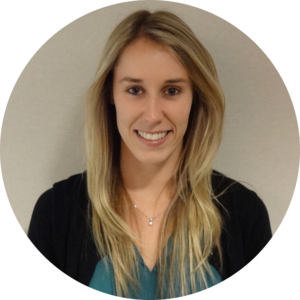 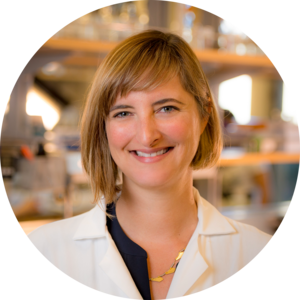 Bacteria and fungi interact within many microbiomes, impacting plant health, polymicrobial infections, and the production of our favorite fermented foods1. In our recently published article in Nature Microbiology, we use genome-wide analysis of bacterial mutant fitness to investigate how two bacteria are affected by eight fungi isolated from microbiomes growing on the surface of aged cheeses. When we started this work, cheese rind biofilms had recently been introduced as a model microbial community, with the idea that this system could facilitate microbiome research in the way that E. coli has facilitated bacteriology.  Made up of bacteria, fungi, and phage, cheese rind biofilms are a “Goldilocks” microbiome, being interesting, but not too complex, with an average of 7 bacterial and 3 fungal genera per rind2.  Studies of cheese rind microbiomes have shown that fungi have strong impacts on bacterial growth2, bacterial dispersal3, and bacterial community composition4,5, indicating that this is a good model system in which to investigate bacterial-fungal interactions. 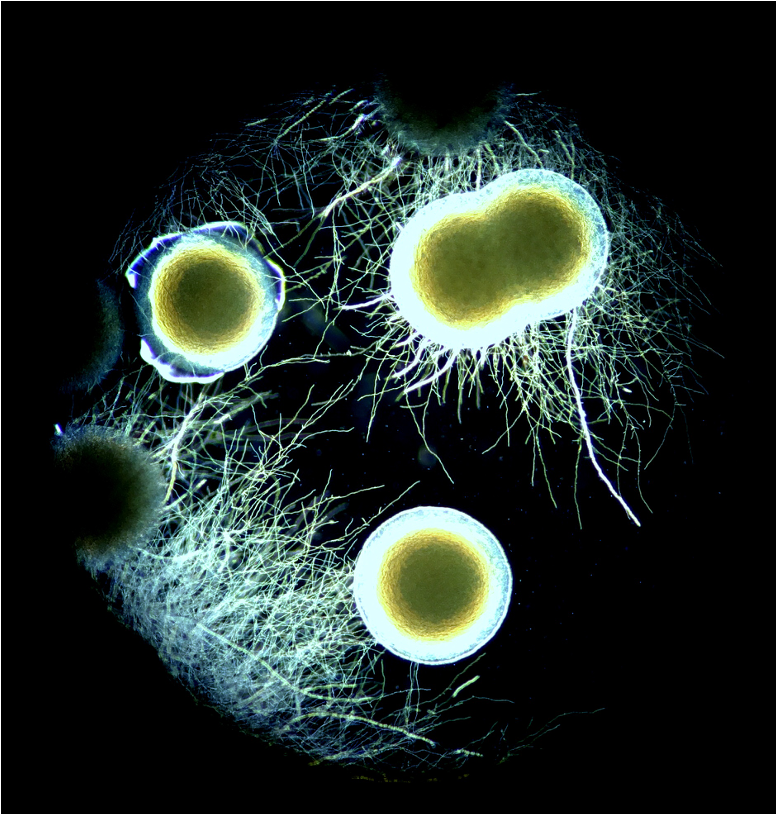 Hyphae of a cheese-associated fungus growing with E. coli

The presence of yeasts and filamentous fungi in cheese rind communities made it possible to characterize bacterial-fungal interactions across a range of fungal species with both cheese-associated (Pseudomonas psychrophila) and well-characterized (E. coli) bacterial species. One of our biggest challenges with this paper was figuring out the best way to analyze and visualize such a large and diverse dataset.  The technique used in this study to identify bacterial genes relevant to fungal interactions, random barcode transposon-site sequencing (RB-TnSeq6), enables very high-throughput transposon mutagenesis screens. However, the focus of existing RB-TnSeq tools was to figure out genes important for bacterial fitness in a single condition (with a specific stress, or carbon source, etc.). What we needed to do was to compare experimental conditions, in order to figure out what genes impact bacterial fitness when growing with a fungus but not when growing alone. To this end, we created a new data processing pipeline that enables the incorporation of replicates and facilitates direct comparison of multiple RB-TnSeq conditions. We hope that the tools presented in this paper will make this a more straightforward process for other groups wanting to do this type of analysis.

We initially predicted that we might see patterns of how fungi impact bacterial species based on fungal phylogeny.  Do yeasts and molds have distinct mechanisms of interaction with bacteria? Are these mechanisms determined at the level of fungal genus?  As it turned out, in this study, this was for the most part not the case.  Even among our three cheese-associated Penicillium species, we see a huge diversity of interactions.  There were times when we considered entitling this study “Fungi do a ton of stuff to bacteria!” Although species interactions are frequently categorized based on a net effect (usually a growth-based metric), we found that these effects are underlaid by a complex network of negative and positive impacts. Using genome-wide analysis of bacterial mutant fitness, we were able to take a peek into this network. A fungal mutant lacking a key global regulator revealed that many of the impacts seen on bacteria are likely due to fungal specialized metabolite production. Among these impacts, we found that fungal production of siderophores and inhibitory molecules positively and negatively impacted bacteria, respectively.

We think that one of the most exciting things to come out of this study is that many of the bacterial genes we have implicated in bacterial-fungal interactions are hypothetical or unknown genes; for example, our work highlighted 276 uncharacterized genes in a lab strain of E. coli.  Because bacteria are frequently studied in isolation, many of these genes may not have stood out under standard lab conditions.  However, as bacteria normally grow in community contexts, these genes may be key to our understanding of bacterial biology within microbiomes. This work has opened up new directions for our group, and hopefully others, to continue exploring bacterial-fungal interactions.