Can plant developmental hormones affect microbiome assembly? And if so, how?

The plant hormone cytokinin (CK) is an important developmental regulator, promoting morphogenesis and delaying differentiation and senescence. From developmental processes, to growth, to stress tolerance, CKs are central in plant life. Previous work by us and others has demonstrated that CKs also mediate plant immunity and disease resistance (Fig. 1).

In this work, we examined the effect of CK on the phyllosphere community, investigating both structural and chemical cues that could underlie its role in plant-microbe interactions. Here's what we found:

* CK-mediated immunity is partly dependent on the microbiome

Like in other eukaryotes, plant immunity was also reported to depend on the microbiome. Increased CK content or signaling genotypes, which are also disease resistant (Fig. 1), promote the formation of a protective epiphytic microbiome, by supporting bacilli that can inhibit disease progression (Fig. 2-3). To examine if CK-mediated immunity relies on these bacterial OTUs which it supports in the phyllosphere, we conducted disease experiments under sterile conditions, and found that CK-mediated disease resistance is significantly, though not completely, diminished, in sterile conditions (Fig. 4). The same was observed for the high CK genotypes, which are naturally more resistant to pathogen infection- a resistance which is diminished under sterile conditions.

To examine how CK is affecting phyllosphere microbial content, we went back to the original question of organ patterning cues in microbiome formation, and examined the interaction of the leaf structure with the microbial community. To do this, we modeled leaves from the different genotypes in a biomimetic system, generating PDMS leaf imprints which were then used to generate agar leaf replicas that look like the natural leaves. The process used to generate the biomimetic leaves is detailed in the paper, and examples of these biomimetic leaf structures are provided in Fig. 5.

We examined the dispersal of our bacterial isolates on the generated agar leaf replicas that contain the structural features of the genotypes from which they were modeled. We did so by spraying the replicas with bacterial solutions. Fig. 6 shows an example with one of the isolates. We found that several of our bacilli isolates showed a significant preference for the structures derived from high CK content or sensitivity genotypes, with the ratio between CFU growth on the structure to CFU growth off the structure being higher on structures mimicking high CK content or sensitivity genotypes (Fig. 6B). The gram negative isolates showed an opposite trend, preferring the structures derived from low CK genotypes, or exhibited no preference. The bacterial colonies also demonstrated altered morphology on the different structures, with the bacilli colonies being less round on the high-CK derived structures (Fig. 6 A,C).

We also examined a possible direct effect of CK on phyllosphere bacterial isolates, finding that the growth of some of them can be inhibited or enhanced by the presence of CK in vitro, providing another possible mechanism through which CK can affect microbial phyllosphere content.

We found that the plant hormone CK acts as a selective force in microbial community formation, in part through its influence on organ structure, and that the microbiome partly underlies CK-mediated disease resistance. Our work dealt primarily with the host side in terms of CK effects on microbial colonization. Of course, it is well known that many different microbes can produce CKs. We did not investigate how microbial CK could be affecting plant-microbe interactions in the context of the phyllosphere. Given our results, we are now coming to think of CK as a core component in a holistic or circular system, where CK from both the plant host and the colonizing microbial strains could potentially act as a bidirectional signaling molecule, supporting a beneficial interaction between plant and microbe, and leading to increased vigor, preferential development, and disease resistance in the host, while simultaneously allowing the bacteria through their CK sensing system to identify preferred hosts for colonization. 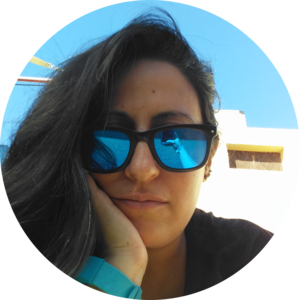