Breatharians live among us and control the atmosphere

With input from all co-authors

In most microbial communities, nutrients are limited, and fierce competition occurs for the available resources. To cope this resource limitation, bacteria have evolved creative ways to obtain the energy required for growth and maintenance. We recently discovered that one way bacteria do this is by utilising the energy contained within atmospheric trace gases such as hydrogen (H2). Modelling indicates that environmental bacteria consume almost 70 million tonnes of H2 from the atmosphere per year. However, we have not identified the majority of microbes capable of utilising atmospheric H2 as an energy source. Additionally, we do not fully understand how bacteria utilise the energy from this process, to simply survive the bad times in a dormant state, or to supplement other available energy sources and to multiply.

As some background, hydrogen is a really valuable energy source for bacteria. This reflects that, while present only in trace amounts, it is ubiquitous in the atmosphere, has a high energy yield, and is readily diffusible across cell membranes. There have been numerous studies on its utilisation as an energy source for bacterial persistence, including in ecosystems lacking traditional primary producers such as polar deserts and geothermal hot springs. Microbes in these communities replicate very slowly or not at all, and H2 provides the energy they need for persistence. But given our genomic surveys suggest H2 oxidisers are even more ecologically widespread and taxonomically diverse than previously thought, we wondered whether atmospheric H2 could also perhaps support a different purpose: growth. Classically, it has been thought that atmospheric H2 is sufficiently abundant to power persistence, but not growth. Nevertheless, it is plausible that microorganisms in energy-limited environments use atmospheric H2 together with other compounds to support growth.

Backtracking a little, the original goal of this project was to determine whether an understudied bacterial phylum, Gemmatimonadota, could utilise atmospheric H2 at all, which I tested in collaboration with talented Honours student Caitlin Welsh. Our preliminary experiments together revealed that, unlike other phyla we had studied in the lab, Gemmatimonas aurantiaca was not capable of persisting on H2 but rather H2 served a different purpose. Additional experiments suggested that this species, with its group 2a [NiFe]-hydrogenase, instead oxidised atmospheric H2 during bacterial growth. This finding prompted a shift in our thinking and set in motion plans to determine whether this phenomenon was localised to this one bacterial phylum or was a more general trait of bacteria containing the group 2a [NiFe]-hydrogenase. As such we tested the capacity for mixotrophic H2 utilisation during growth in two additional bacterial phyla, Proteobacteria (Acidithiobacillus ferrooxidans) and Chloroflexota (Chloroflexus aggregans). We found that all three strains were able to use atmospheric concentrations of H2, with A. ferrooxidans and C. aggregans potentially able to couple H2 oxidation to carbon fixation.

So, what do these findings all mean? This study revealed two additional phyla capable of oxidising atmospheric H2, taking the total number of experimentally verified phyla to six. It also indicates that atmospheric H2 is a much more versatile energy source than previously thought, with bacteria able to use it not only for persistence but also for growth. Thus, contrary to recent persistence-centric models, growing bacteria can also consume trace H2 and in turn control the composition of the atmosphere. For more information, the full article can be found here. 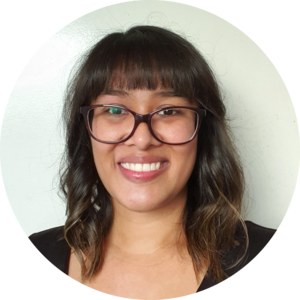