Bats and mice host near relatives of rubella virus, indicating a zoonotic origin for this “lone wolf” pathogen and solving a 206-year-old medical mystery, but portending possible challenges for global rubella elimination.

+4
Tony Goldberg and 4 others View all
Professor, University of Wisconsin-Madison
Follow 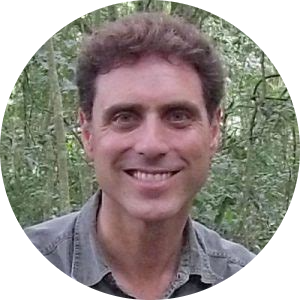 In 1814, the physician George Maton recognized rubella (aka “German measles”) as clinically distinct from measles and scarlet fever. Confirmed rubella outbreaks have occurred around the world ever since. Rubella in most patients involves a self-limiting red rash and flu-like symptoms. However, during pregnancy, rubella virus infection can lead to congenital rubella syndrome, a very serious condition resulting in miscarriage, stillbirth, and fetal malformations. Fortunately for global maternal and child health, a modified live attenuated rubella vaccine became available in the early 1970s and is now widely used as part of multivalent vaccines such as the measles, mumps and rubella (MMR) vaccine. Today, rubella is considered preventable and possible to eradicate due to the efficacy of the vaccine and lack of a rubella virus animal reservoir. Nevertheless, over 100,000 children are still born with congenital rubella syndrome each year.

Remarkably, despite 206 years of progress in diagnostics and prevention, the origin of rubella virus has remained a mystery. Unlike the viruses that cause measles and mumps, for which relatives in cows (rinderpest virus) and bats (bat mumps orthorubulavirus) have been identified, respectively, rubella virus has remained a “lone wolf” pathogen and the sole member of its family (Matonaviridae) and genus (Rubivirus).

In early 2019, our teams in the USA and Germany independently discovered the first “near neighbor” relatives of rubella virus. Rubella virus’s closest known relative is currently ruhugu virus (RuhV), which we found in 50% of cyclops leaf-nosed bats sampled in Uganda. Ironically, we were studying these bats to understand the distribution and diversity of bat-borne coronaviruses, and our discovery of ruhugu virus was a fortuitous outcome of our metagenomic sequencing efforts. We named the virus after Ruteete Subcounty, Uganda, and the Tooro word for insectivorous bat, obuhuguhugu, which is an onomatopoetic reference to the sound of a bat’s wings flapping inside a hollow tree (see Figure and listen to Audio file).

A continent away near the Baltic Sea in Germany, a series of mysterious cases of neurologic disease was unfolding at a zoo. First a donkey, then a tree kangaroo, then a capybara succumbed to severe, acute neurologic disease of unknown etiology. Histopathological and metagenomic analyses led to the discovery of rustrela virus (RusV), the second-nearest neighbor to rubella virus, named for the “Strelasund” in the German part of the Baltic Sea. A subsequent outbreak investigation of small mammals identified rustrela virus in 50% of yellow-necked field mice, a common Eurasian rodent, sampled in the area.

One of the most exciting aspects of our discoveries is that comparative studies of rubella virus are now possible. We see peaks and valleys of similarity along the rubella, ruhugu and rustrela genomes, hinting at functional constraint and plasticity related to processes such as replication and immunological evasion. When we examined known rubella virus protein domains, we were surprised to observe marked amino acid similarity between fusion loops of the rubella virus and ruhugu virus E1 proteins. E1 is a receptor-binding, class II fusion protein, and ruhugu virus differs from rubella virus at only one amino acid residue within an important neutralizing epitope on E1. We suspect that these similarities will translate into similar receptor-binding and immunoreactive properties for these two viruses.

We can’t help but wonder about the serendipity of our findings. Were our international teams just lucky to have made our discoveries within months of each other and to have learned of each other’s findings in time to collaborate on a publication?  Have metagenomic methods for virus detection progressed to the point that they were able to detect rubiviruses, which have genomes with unusually high GC content?  Or, perhaps we simply looked in the right places at the right times. Cyclops leaf-nosed bats are small, inconspicuous bats that roost in hollow trees across the forests of Equatorial Africa. As bats go, they are far less charismatic and thus less studied than their larger relatives that roost in vast colonies in caves and on tree branches, such as the pteropodines (the “megabats”). The yellow-necked field mouse is similarly inconspicuous but common, such that its role as a host of interesting viruses may also have remained relatively unexplored.

Finally, do our newly discovered viruses and their as-yet undiscovered relatives portend challenges for rubella elimination? The World Health Organization’s Global Vaccine Action Plan targets the year 2020 for rubella elimination in five WHO Regions. However, current eradication plans assume lack of a sylvatic reservoir. As of now, we have no evidence that either ruhugu or rustrela viruses are zoonotic, or that rubella virus can infect animals other than humans. However our findings at the zoo show that rustrela virus can “jump” among species even as distantly related as placental and marsupial mammals. Ruhugu virus is uncannily similar to rubella virus in key domains of the E1 fusion protein that mediate receptor binding and neutralization. Leaf-nosed bats and yellow-necked field mice are common across their ranges, and opportunities abound for direct contact with humans. It would be wise at least to consider the possibility that zoonotic rubiviruses exist, and that they could fill the niche left empty by the elimination of rubella virus. We hope that future comparative studies of the rubiviruses will reveal the extent of their host ranges and the degree to which immunity, either natural or vaccine-induced, might be cross protective. Until then, we marvel at solution to this 206-year-old medical mystery, which had been right under our noses all along.

(Poster image of a bat in a net, courtesy of Emily Julka.)

Microbial sentries of chemical balance in the rhizosphere