Lower respiratory tract harbour characteristic microbial communities. We explored the deep lung microbiota dynamics of the transplanted lung over time. Our study shows that a predominant "balanced" microbiota resembling that of a healthy lung is key for clinical stability and immune homeostasis.

Lung microbiota is an emerging area in the human microbiome continuity. In contrast to other body parts that are connected to the environment, it was widely accepted that our airways are sterile. However, recent evidence show presence of a lower airway microbiota and its impact on lung health (1). The primary source of the lung microbiota is the bacterial repertoire of the oral cavity and ends up in the lung via the process of micro-aspiration (2, 3). However, it is still distinct from both oral and gut microbiota (4).

Some open questions we thought during our study: What are the most prevalent bacteria and are they stable over time? What are the real bacterial numbers? Can we culture the bacteria and match it to the sequencing reads? How does the microbiota tie to the overall ecology of the lung and host health ?

To answer these, we, in the group of Prof. Dr. Philipp Engel, at the Department of Fundamental Microbiology, University of Lausanne, Switzerland, collaborate with the Department of Respiratory Medicine, University Hospital Lausanne , within an interdisciplinary project. Our goal was to use a rare approach of combining the concepts of microbial ecology, culturing and clinical study to prepare this magnum opus. Moreover, as someone with no prior experience in genomics and microbial ecology, it was time to start learning. The stage was set but it would turn out to be nothing short of an uphill battle.

The major hurdle was obtaining broncho-alveolar lavage fluid (BALF) samples for which one has to perform bronchoscopy. This is an invasive procedure rarely practiced on healthy individuals and even less for repeated sampling, which is a far cry from human gut, oral or nasal microbiota where sampling can be done from faeces or collected by swabbing.

Dr. Eric Bernasconi from the University Hospital convinced us that the transplanted lung is an attractive model to study the lung microbiota. Some might argue that this doesn't represent a healthy lung. While this might be partially true, but the positives of this model outweigh the negatives. Recipients of lung allografts need to undergo routine post-transplant bronchoscopy, whereby liquid is flushed into lungs and collected for examination. This Bronchoalveolar Lavage Fluid (BALF) contains immune cells and bacteria, which can be utilised to monitor the overall immune state and microbiota composition of the lung. Therefore, lung transplants provide a unique opportunity for getting access to lung microbiota samples with documented medical history.

We characterised the microbiota dynamics in 234 longitudinally-acquired human BALF samples from 64 individuals by 16S rRNA amplicon sequencing, over a period of 48 months. We cultivated samples on different media under various oxygen concentrations. We have created a large biobank called the Lung Microbiota Culture Collection (LUMICOL) and genotyped individual bacteria. However, the challenge was to identify the ones that match to the species observed in amplicon sequencing. Turns out this is not as trivial. Following the advice of our colleague, Dr. Germán Bonilla-Rosso, we use a hybrid approach within a custom analysis pipeline (Figure 1). We trimmed the genotyped sequences to match the amplicon sequencing reads, as they shared the same forward primer. We included this as an additional sample just before the OTU picking and taxonomic classification step and "et voilà!", now the mapping results show the OTU-isolate matching pairs.

In our study, we define the most prevalent and viable lung bacteria by combining sequencing and culturing approaches, resulting in identification of four distinct microbiota profiles or "pneumotypes". We establish links to bacterial and viral loads, host gene expression, lung function and clinical stability (Figure 2). We show that the predominant "balanced" pneumotype resembles the diverse bacterial community of a healthy lung and keeps inflammation in check. Neither lack of microbiota nor dominance of a single bacterium is good for the lung. Hence, balance is key.

In one of the more interesting observations, we show that a balanced microbiota promotes the abundance of a ubiquitous commensal human virus called Anellovirus in the lung (5). In agreement with this, high expression of two classical viral sensing and antiviral genes i.e. Toll-like Receptor 3 (TLR3) and Interferon lambda receptor-1 (IFNLR1) could predict increased Anellovirus numbers.

Currently, we investigate the direct interactions between bacterial isolates and human macrophages in vitro. We are discovering novel interactions and can recapitulate the observations we see in this study. Our continuous effort in understanding the potential of a balanced community to dampen inflammation and produce an antiviral response is both highly relevant and well-timed. As the world fights the COVID-19 pandemic of catastrophic proportions brought about by SARS-CoV-2, a respiratory virus wreaking inflammatory havoc on our lungs, the lower respiratory microbiota might already hold key mechanisms to help us combat this and future viral or even bacterial infections of the lung. Hence, we put forward LUMICOL as a resource for individual bacteria or tailor-made communities with therapeutic potential for lung diseases.

Fishing for antifreeze peptides with phages 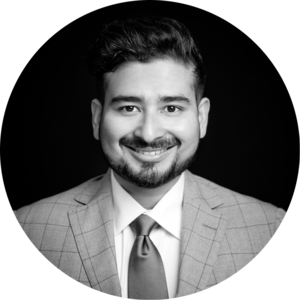