Here we show that the capacity of marine sponges to withstand climate change-associated conditions may be determined by the stability of their partnership with bacteria which, in turn, may stem from maintenance of active host immune functions.

Coastal areas around the Philippines are home to diverse fish and invertebrate species. However, the compounded impacts of climate change, habitat destruction, and unregulated fishing and mariculture practices, have resulted in the degradation of many reef areas. At our study sites near the Bolinao Marine Laboratory in northwestern Philippines, we find reefs overgrown by algae and marine sponges. This led us to ask what could be underlying the ecological success of these winner organisms, particularly the sponges.

One of the early works in our lab revealed that a shallow water sponge, Haliclona tubifera, responds to thermal stress by activating processes that maintain cellular homeostasis (1). Another study showed that the associated bacterial communities of Gelliodes obtusa, a sponge typically found in seagrass beds, remained stable under eutrophication stress (2). While these findings indicate that sponges are able to withstand various stress signals, studies by other groups suggest that some sponge types, especially those that produce calcium carbonate structures, may be highly susceptible to acidified conditions.

To investigate how different sponge types would fare under predicted future ocean conditions, we subjected two sponge species that were common at our sites to combinations of warming and acidification treatments. We found that the siliceous sponge, Neopetrosia compacta (Fig. 1A), remained healthy and had high survivorship under stress, whereas the calcareous sponge, Leucetta chagosensis (Fig. 1B), showed visible tissue necrosis and lower survival after sustained stress exposure.

Sponges forge a close relationship with diverse groups of microorganisms, which extends the functional potential of the host. Through amplicon sequencing, we found that N. compacta possessed a diverse microbiome that remained stable under stress. In comparison, stress exposure caused changes to the L. chagosensis microbiome that were predicted to affect essential holobiont functions and to permit colonization by opportunistic or disease-causing microbes. Given that the host plays an active role in maintaining its microbiome, we speculated that loss of microbial members may stem from the loss of host-inherent control mechanisms due to stress.

Don’t let your guard down

The host immune system is important for sensing and eliminating microbial cells in order to regulate the microbial population in the tissues of the sponge. To see if the difference in microbiome dynamics in the two sponges is underpinned by differences in host immune functions, we performed RNA sequencing to describe the expression patterns of immune-related genes under stress. We found that the levels of pattern recognition receptors (PRRs), which are important in recognizing whether interacting microbes are symbiotic, food material, or pathogenic, were sustained in N. compacta. On the other hand, PRR expression was reduced in L. chagosensis. This was accompanied by muffled expression of tumor necrosis factor (TNF)—a primary regulator of diverse aspects of innate immunity. True enough, genes linked to antimicrobial, inflammatory, and apoptotic mechanisms were also inhibited in L. chagosensis under stress. These findings suggest that attenuation of the host immune response may contribute to microbiome changes and reduce the ability of the sponge to withstand stressful conditions.

Sponges: not all winners?

Our observations on microbial dynamics in N. compacta and L. chagosensis under stress exemplify the concept of the diversity-stability paradigm (3). This concept argues that communities with more members tend to have greater ability to defy changes when confronted with disturbances. To gain insights into microbiome diversity across different sponge groups, we expanded our analysis to include representatives of hexactinellids and homoscleromorphs, as well as other members of demosponges and calcareans. By comparing the microbiome diversity of 189 sponge species from the Sponge Microbiome Project (4), we discovered that demosponges and homoscleromorphs typically harbored microbial communities with a wider range of taxonomic diversity, whereas hexactinellids and calcareans are generally associated with less diverse microbiomes.

We then asked whether these trends in microbiome diversity correlated with differences in host immune repertoire. For this analysis, we compared the genomes or transcriptomes of 16 sponge species. We found that diversity of the associated microbiome correlated with the complement of immune-related genes in the host. In particular, species with low microbiome diversity tend to possess a more complex complement of scavenger receptor proteins, which are bacterial sensors on the cell surface. Demosponges and calcareans with low microbiome diversity also possess greater abundance of NLR genes, which detect foreign microbes that evade the extracellular defenses of the host. These findings suggest that a sophisticated sensor toolkit may have evolved as an efficient recognition mechanism or selective filter to maintain the distinct microbial community associated with each sponge species.

This study underscores the importance of host-microbe interactions in predicting the fate of sponges in the face of a rapidly changing ocean. Although sponges are generally considered as hardy organisms, we show that both microbiome and host-specific characteristics contribute to holobiont vulnerability or resistance. Calcareans, for instance, are likely to be more susceptible given their calcified skeleton, lower microbiome diversity, and rapid suppression of immune functions under stress. Sponges with higher seawater pumping rates and lower tissue density may also be more susceptible to perturbations as they have more frequent encounters with pathobionts and are less protected against the external environment. The influence of other factors such as microbiome metabolic capacity and host physiology on sponge resilience remains to be further uncovered. We emphasize the need for more studies on diverse sponge species, which are often underappreciated in studies of reef ecosystems. 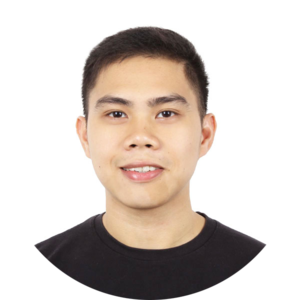