In our previous nature communications paper, our group identified a key HIV target cell in the outer epithelial layer of human tissue: a novel CD11c+ DC which had not been previously described1. While the cells which sit in the outer layer of tissue play an important role in the sexual transmission of pathogens, particularly in healthy intact mucosa, the role of the underlying cells in the tissue of the sub-epithelium have largely been ignored. However, these cells likely play a major role in transmission in sites of inflammation and trauma, in which HIV risk is significantly increased, when the physical barrier of the tissue is compromised.

This project started before I began my career in medical research and has taken almost a decade to come to completion. While I was still an undergrad student studying medical science, the lab group at the Westmead Institute for Medical Research (WIMR) had just begun collaborating with surgeons across Sydney to begin collecting primary human tissue of the anogenital and colorectal tract to map out the mononuclear phagocytes within these tissues. I came into the HIV mucosal immunology lab at just right the time as an honours student eager to begin life as a basic science researcher. And so began the long journey of identifying key HIV target cells within the actual tissue’s HIV would encounter upon sexual transmission.

For this study the first thing we wanted to do was to define the MNP subsets within the tissues HIV encounters and highlight any key differences in the proportion of these cells across the human anogenital and colorectal tract. We were able to identify six key MNP subsets: tissue resident macrophages, conventional dendritic cell one (cDC1), two conventional dendritic cell two’s (cDC2): one which expressed langerin and one which did not, and two CD14 expressing monocyte derived cells one which was more macrophage-like in its phenotype, genotype, appearance and function (MDM) and one which was more dendritic cell-like (MDDC). Comparing the proportion of these cells across the different tissues of the human anogenital and colorectal tract we found a clear shift in the populations as you move from the skin to the type II mucosa and into the type I mucosa. Most striking was the decrease in cDC2 which did not express langerin, but an increase in those that did, and an increase in cells expressing CD14.

Once we had defined the range of MNP subsets within human tissues it was time to start investigating how these cells interact with HIV. This again presented a challenge as functional assays require a large number of cells which can be difficult to obtain from human tissue. While donor-donor variability for cell composition was relatively stable, the number of cells liberated is quite variable as well as the size of specimens we receive. This meant we couldn’t plan out what experiments we would be running ahead of time, we would ‘play it by ear’ on the day, all dependent on that cell count after enzymatic digestion! This meant unplanned late nights in the lab or early knock offs when things didn’t go as planned. Certain assays would be prioritised over others and a hierarchy of experiments was established based off cell numbers. Eventually after many years and countless specimens we were able to complete all key assays on our cells of interest, including HIV uptake assays, infectivity assays and CD4 T cell transfer assays. We were also able to use in situ hybridisation assays to visualise these cells interacting with HIV within 2hours in inner foreskin and urethral explants. These assays identified two key HIV target MNPs: the langerin-expressing cDC2 and the CD14-expressing MDDCs. Unfortunately, though there were some assays we just could not feasibly do due to low cell numbers, such as langerin blocking assays, which, while disheartening, is one of the sacrifices that has to be made when working with these unique tissues.

While working with human tissue provides incredible insight into the mechanisms of the immune system it comes with its many challenges, but with a good team working together it becomes that little bit easier. Over the years our collaborations with surgeons have grown extensively allowing us weekly access to human abdominal skin and colorectal tissues, however other tissues, particularly of the genital tract, are much less common and therefore it becomes difficult (and takes a long time!) to get our sample sizes high. Perseverance, patience and an amazing team were ultimately the only solutions to this problem!

Another problem we face is that cells are happiest when within the tissue, extracting these cells via enzymatic digestion can be very harsh and makes it quite difficult to gain viable immature cells for functional assays. A lot of time and effort went into optimising the right processes/enzymes in liberating these cells from the different tissues. These optimisations are continually ongoing in our lab to ensure we continually extract cells from tissue correctly and in an immature, viable state with no cleavage of key surface receptors2. This is particularly important when investigating different disease states or other immune cells of interest, such as T cells, innate lymphoid cells or B cells.

These key HIV target cells represent potential targets for microbicides and/or vaccine development for HIV. Furthermore, they provide the groundwork for future studies on other pathogens as well as non-communicable diseases such as inflammatory bowel diseases!

After many years of hard work we are very happy to share these findings with the world and hope they can inform many studies into the future. Enjoy the read and keep an eye out for whats next for the HIV mucosal immunology team here at Westmead!!

A biomarker study informs the clinical development of novel strategies: the unanticipated impact of the ANTICIPATE study 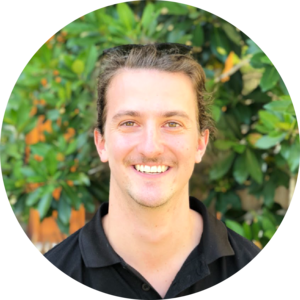