A community from Nature Microbiology
Contributor Comms Biology
Behind the paper, Coronaviruses: Past, Present and Future

Are primates at risk of COVID-19?

The emergence of the novel coronavirus SARS-CoV-2 is highly infectious in humans, and the ensuing disease, COVID-19, has caused more than one million deaths. Using comparative genetics and protein-protein interaction modeling we predict many of our closet living relatives are also at risk.
Amanda Melin
Associate Professor, Canada Research Chair, University of Calgary
Follow
Like Be the first to like this
0

Amanda Melin et al. compare variation in 29 primate species at 12 amino acid residue sites coded by the ACE2 gene and show that apes and African and Asian monkeys exhibit the same set of twelve key amino acid residues as human ACE2. These results suggest that these primates are likely to be suscepti…

Amidst the massive global disruption and loss of life caused by the emergence and spread of SARS-CoV-2, my coauthors and I, like so many others, were overwhelmed by a myriad of concerns about the safety of our families and friends while struggling to carry on our academic responsibilities. At the same time, we also became increasingly concerned for the nonhuman primates at our field sites and around the world.

Nonhuman primates are our closest living relatives. Unfortunately, many species are threatened, endangered, or critically endangered, and found in small population sizes.  We anticipated that due to our close evolutionary history, shared physiology, and given previous evidence of zoonotic transfer of respiratory viruses, that nonhuman primates would likely also be at risk of COVID-19. Many primatologists and conservation biologists shared these concerns and on March 15, 2020, the International Union for the Conservation of Nature (IUCN), together with the Great Apes section of the Primate Specialist Group, released a joint statement with recommendations for precautions that should be taken when interacting with great apes. However, the nature of the risk to many primate taxa was unknown. In an effort to provide information to decision makers at all levels, we investigated the likelihood of initial susceptibility to SARS-CoV-2 infection for different major radiations and species.

We worked long (and creative) hours over the next week, motivated to share our results with the community in a timely manner. We coordinated research efforts, writing, sharing, and carefully reviewing results while in lockdown in two countries using Whatsapp, Zoom, and Google Docs to facilitate the conversation and our teamwork. Our approach combined comparative genetics and protein-protein interaction modeling to predict binding affinity for SARS-CoV-2 to the viral target receptor, ACE2, which is expressed on cell surfaces across the body.

We found high conservancy in the amino acid sequence of ACE2 receptor protein among apes and all monkeys in Africa and Asia (parvorder Catarrhini) including uniformity at all identified and tested major binding sites. These results strongly suggest that these primates are likely to be susceptible to infection by SARS-CoV-2.

We were surprised to find potentially better news for monkeys in the Americas (parvorder Platyrrhini) and tarsiers. Differences in amino acid residues at binding sites are modeled to reduce the binding affinity between SARS-CoV-2 and ACE2 by ca. 400-fold.

In contrast to the widespread conservancy we observe within the Catarrhini and Platyrrhini, we find greater variation at the critical binding sites of lemurs. Species such as the aye-aye, which possess the human-like amino acid (Y, tyrosine) at site 41, are predicted to be at greater risk than species with histidine (H) at this site, including mouse lemurs.

Overall, while some species are modeled to be at lower risk than humans, we urge extreme caution in using our analyses as the basis for relaxing policies regarding the protection of platyrrhines, tarsiers or any strepsirrhines. With many primates existing in small populations, the introduction of a new highly infectious disease is a critical threat. Our results suggest that dozens of nonhuman primate species, including all of our closest relatives - the monkeys and apes in Africa and Asia - are likely to be highly susceptible to SARS-CoV-2 infection, and vulnerable to its effects. Major actions may be needed to limit the exposure of many wild primate populations to humans. This is not a straightforward problem to solve, as human proximity to wild primates may also help to keep them safe. A recent special issue of the American Journal of Primatology, and ongoing chronicles by researchers in the International Primatological Society (@IPS_PrimateNews, #IPSCovidChronicals on Twitter) discusses some of the issues and impact around COVID-19 and primatology. 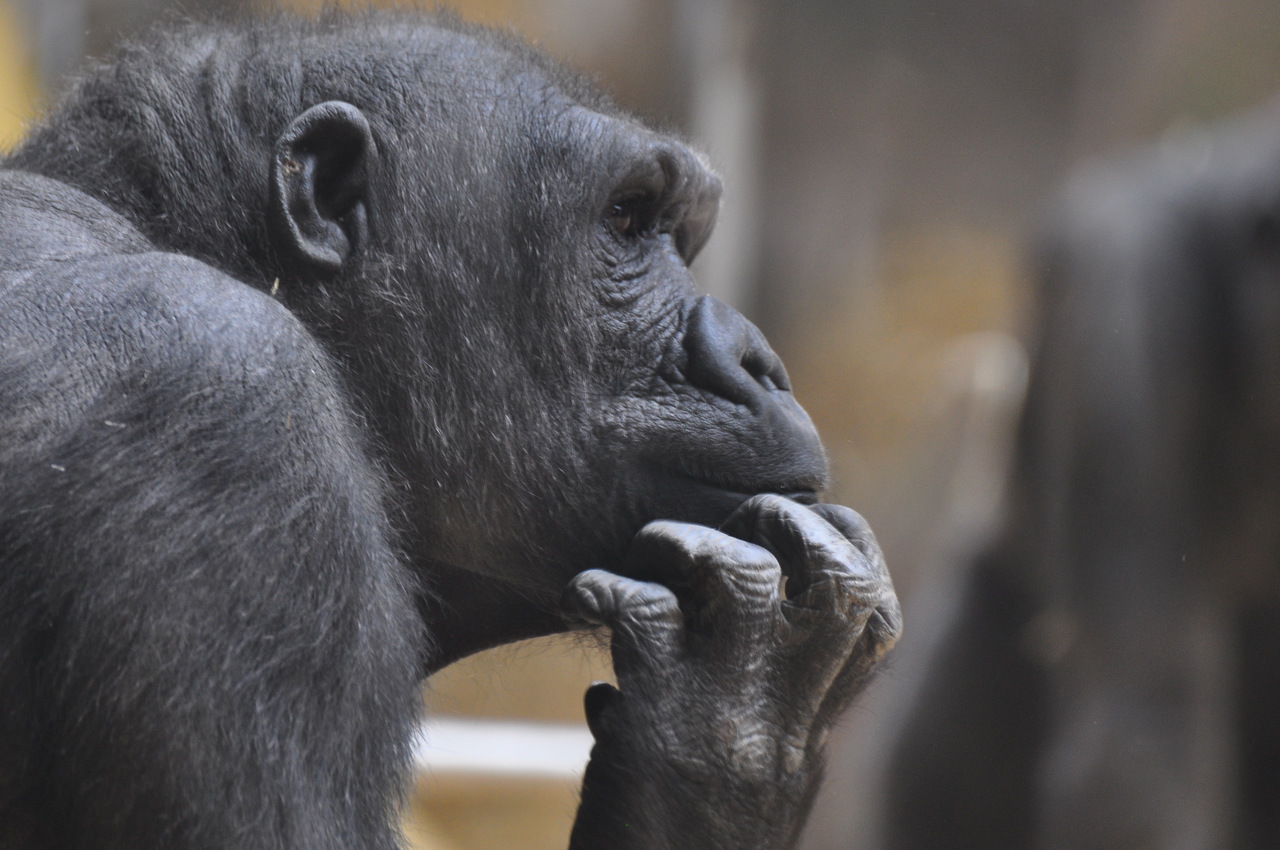 Are primates at risk of COVID-19?

The emergence of the novel coronavirus SARS-CoV-2 is highly infectious in humans, and the ensuing disease, COVID-19, has caused more than one million deaths. Using comparative genetics and protein-protein interaction modeling we predict many of our closet living relatives are also at risk.