Antimicrobial Resistance – Bacteria in the blood of neonates

Thousands of neonates every year die after contracting sepsis. Often, these neonates are less than one week old. Death rates are highest in countries in sub-Saharan Africa and South Asia (in particular those classified as low- and middle-income countries based on gross national income).

+1
Kirsty Sands and 1 other View all
Postdoctoral Researcher, University of Oxford
Follow 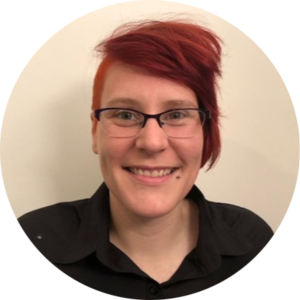 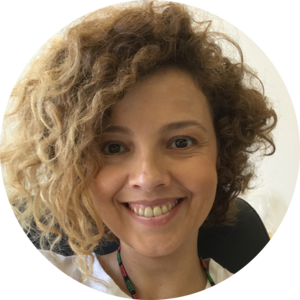 A large international effort involving over 160 researchers, clinicians, nurses and data managers in their respective countries worked collaboratively to recover, identify and profile bacteria from neonates’ blood. Read our article here. The Burden of Antibiotics in Developing Societies (BARNARDS; http://barnards-group.com) involved twelve clinical sites in seven countries - four in Africa (Ethiopia, Nigeria, Rwanda and South Africa) and three in South Asia (Bangladesh, India and Pakistan). We worked with clinical teams in both urban and rural communities to capture key sociodemographic data to help build a picture of life for these mothers and neonates from diverse countries.

“New antimicrobial resistance mechanisms are emerging and spreading globally, threatening our ability to treat common infectious diseases, resulting in prolonged illness, disability, and death…More than one-third of the estimated four million newborn deaths around the world each year are caused by severe infections, and a quarter – around one million deaths – are due to neonatal sepsis/pneumonia alone.” – World Health Organization (WHO)

Many different types of bacteria were isolated from the blood samples. Historically, we have seen that bacteria-causing-sepsis in high income countries (e.g. UK and the USA) are different to bacteria from Africa and South Asia. For the latter, it is predominantly Gram-negative bacteria including Klebsiella and Escherichia along with other members of the family Enterobacterales.  Bacteria evolve constantly, often sharing pieces of DNA that ultimately make them resistant to certain antibiotics. With more DNA, comes more resistance. Antibiotic resistance is a global threat yet our understanding of resistance levels in Africa and South Asia and how that impacts on therapy and patient outcome is poor. This situation is more problematic when dealing with critical populations such as septic neonates.  The World Health Organisation (WHO) recommend the antibiotics ampicillin and gentamicin as the first line treatment for neonatal sepsis; however, 95% of bacteria recovered from the baby’s blood in our study were resistant to ampicillin, and 60% resistant to both antibiotics indicating that nearly 2/3 treatments are inappropriate. Notwithstanding, our study also provided valuable data on other, more potent, antibiotics that could potentially be used in the future with greater success.

Blending together microbiology and whole genome sequencing, for the first time on this scale, we were able to characterise each of the bacteria grown from the neonates’ blood. How useful is this to help with the clinical problem? Until recently the scientific and medical community have had little opportunity to interrogate bacterial DNA data to determine how similar (or different) these bacteria are across multiple countries in both sub-Saharan Africa and in South Asia – where the majority of low and middle countries are situated. Did we find the same kinds of bacterial species, strains (genetic variant) in Nigeria, Ethiopia and Pakistan? We can build phylogenies to see how related they are. And we did. To make matters worse in an already challenging environment, during the study we detected at least five large outbreaks across four countries. Several hundreds of babies had sepsis directly related to a hospital outbreak. These bacteria often carried antibiotic resistance genes and therefore, unlikely to respond to key antibiotic treatments.

Since 2015, BARNARDS is linking clinical, microbiological, genomic, and sociodemographic data between the mother, the neonate, the immediate surrounding healthcare environment and the wider living environment. Our research nurses worked tirelessly to inform mothers admitted to hospitals about the BARNARDS study, and to enrol and sample the mothers’ and their neonates’.

What other research are we doing in BARNARDS?

Collectively, BARNARDS will assess the impact and burden of antimicrobial resistance on clinical outcomes of neonates whilst determining local and common risk factors to identify potential intervention studies.

BARNARDS enrolled over 35,000 mothers and we would like to take this opportunity to thank them, their families and all the BARNARDS clinical and local staff who formed an incredible, globally unique, network to capture vital epidemiological data that enriched our microbiological and molecular analysis.