Cellular targets of anthrax lethal factor are identified to reveal the molecular basis of toxin-induced death.

Anthrax lethal factor (LF) is a protease toxin, lethal to animals, and generally accepted to be Bacillus anthracis’ primary virulence factor.  Mouse models have demonstrated that LF targets and disables innate immune cells early in infection, allowing bacteria to disseminate.  Late in infection, the toxin targets the cardiovascular system to induce lethality.  It is likely, however, that LF impacts many cells and pathways during the course of anthrax disease:  First, its receptors are ubiquitous across cell types and species.  Furthermore, the first (of only two families) of substrates identified, the mitogen activated kinase kinases (MEKs/MKKs), have signaling functions controlling many aspects of growth, gene expression, differentiation, stress response and apoptosis – again, ubiquitous across cell types and species.  Yet the cleavage of these substrates has not been demonstrated as sufficient for host death.

The consensus view has been that LF is a very selective protease with limited substrates. Some of this comes from the difficulty in identifying substrates.  I started working on the LF a little over twenty years ago, right after its first substrates, the MEK/MKKs, were identified by two groups:  A collaboration between NIH laboratories followed up on the serendipitous observation of parallel antineoplastic activities for LF and a MEK1 inhibitor compound, while Cesare Montecucco’s group used a yeast two-hybrid system to identify proteins which associated with LF.  The extensive 10+ year effort to discovery of the MEK/MKK substrates was followed by another decade after which we and others demonstrated LF cleavage of rodent inflammasome sensor NLRP1 as an activating event by the toxin. NLRP1 cleavage, however, is dispensable for lethality in mice.  LF’s narrow substrate repertoire, despite a promiscuous cleavage site motif, was better explained by recent discoveries in the Turk lab of an exosite region within LF, distal to the active site, which controls toxin interaction with substrates.  These findings added a new twist to the ways in which the toxin could have varying degrees of ‘efficiency’ of action and high specificity for targets.

In this paper, we report on two new substrates for the toxin, the p85 regulators of phosphatidylinositol 3- kinase (PI3K) signaling (PI3KR1, PI3KR2), the cleavage of which has consequences for survival in mice.  These regulators are part of a family of splice variants and regulators with often redundant function, much in the manner of the MEK/MKKs.  While their cleavage doesn’t fully explain how LF induces vascular collapse, the impact on PI3K signaling contributes to toxin-mediated lethality.  This effect is most prominent at lower doses of toxin, suggesting a role in survival response earlier in infection.

An important observation in this work was the relative efficiency of cleavage of different LF substrates in vitro and in the host- and how this does not necessarily correlate with in vivo effects.  We had previously noted that an almost complete cleavage of all MEK/MKK substrates through repeated low dose LF treatment did not result in lethality in mice.  Interestingly, in this work we found the complete cleavage of the p85 substrates in organs of LF challenged mice which occurred within one day and was not mirrored in LF-treated cultured cells, suggesting relative in vitro cleavage efficiencies may not correlate to physiological relevance over longer times.  Further, we found that rapid cleavage of the MEK1/2 proteins, which occurs in a few hours (relative to the 16-24 h needed for full cleavage of p85 proteins in vivo) is not sufficient for lethality induced by this toxin: a mutant LF variant with a single amino acid change in the crucial exosite association domain, fully able to efficiently cleave MEK1/2 and NLRP1, but not other LF substrates, was not lethal in mice at doses which wild type toxin kills rapidly.  When combined with PI3K pathway inhibitors, this mutant LF killed mice, suggesting targeting of both PI3K and MEK/MKK signaling is needed for lethality, despite completion of cleavage occurring with very different timing for the two substrate families.  Malaise in toxin-treated mice follows the timing of p85 cleavage.  Interestingly, canonical NLRP1 cleavage is also strikingly inefficient, rarely exceeding 5% of total substrate, but is nonetheless adequate for induction of rapid macrophage death and extreme physiological changes in mice.

The lesson here is that cleavage efficiencies of substrates may not correlate to resultant physiological outcomes, likely due to cumulative effects from multiple targeted substrates over time in vivo, or differences in importance of various substrates in each tissue.  In the search for other ‘relevant’ LF substrates, it is important to keep in mind the importance of in vivo analyses rather than strict biochemical reaction efficiency.

The discovery of these two new LF substrates controlling major metabolism and signaling pathways, that much like MEK/MKKs, play a role in many aspects of cellular function, suggests that LF may not be as specific a protease as previously believed.  Perhaps there are more cases of ‘make haste, slowly’ – or, eventually, death by a thousand cuts. 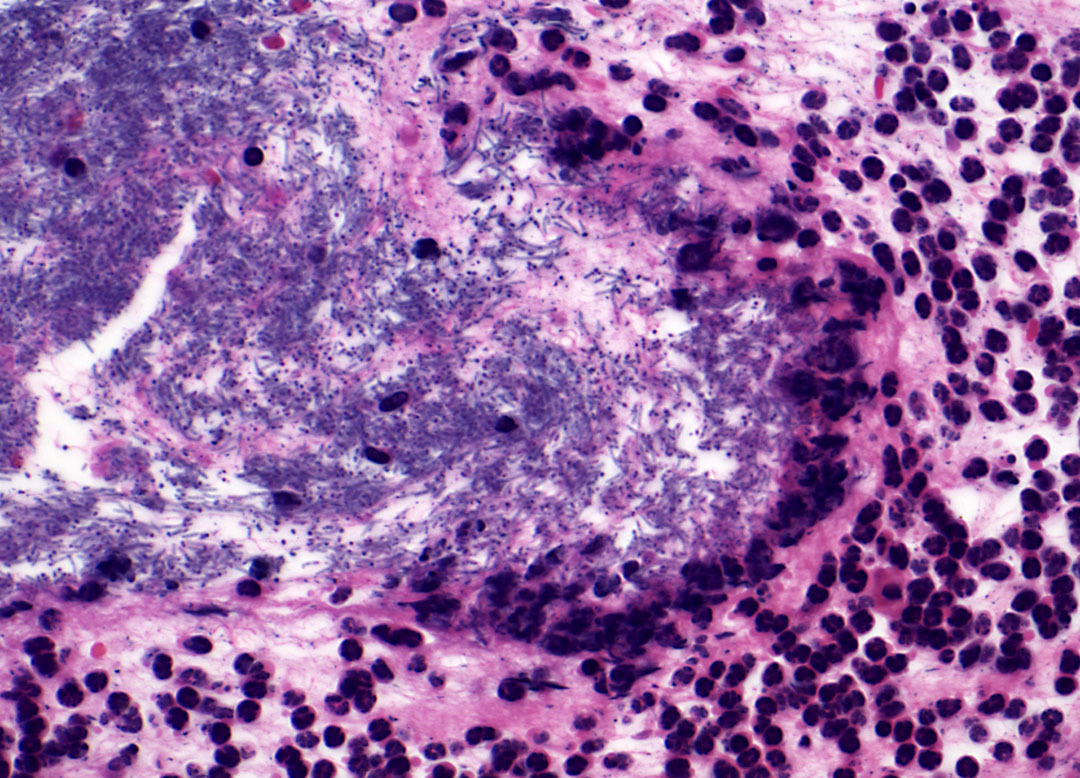