Bacteria are everywhere, in the environment as well as on the surfaces of other organisms. Their ability to adapt to so many habitats is in part the result of their genome plasticity. Changes in the bacterial genome can rapidly arise via acquisition of foreign DNA. Alternatively, genetic changes may be the result of point mutations or genome rearrangements such as inversions, translocations, deletions, insertions or duplications. Genome rearrangements occur by recombination of homologous DNA sequences and can lead to changes in protein function or expression. Particularly important in shaping the genetic and phenotypic diversity of bacterial populations are events of recombination between long perfect tandem repeats. These can lead to gene duplication and, subsequently to accordion-like expansions creating up to hundreds of copies (GDAs). GDAs entail protein overexpression phenotypes and, if not selected by environmental stresses, amplified loci are extremely unstable and can rapidly revert to the original unduplicated state. We know that the presence of noxious compounds such as antibiotics can stabilize amplifications of the respective resistance determinants in bacterial communities. In addition, in few cases amplification of virulence genes has been shown to cause hypervirulence. But, how frequent are GDAs in host-associated pathogenic bacteria? Do they confer phenotypes associated with colonization or disease? And if this is the case, can investigation of GDAs in pathogens help us to identify loci with a so far unrecognized role in the arms race with the host? These are the questions we addressed in our study using Staphylococcus aureus as model system. This opportunistic bacterial pathogen can colonize the surfaces of the human body without causing disease symptoms. However, it can also cause life-threatening invasive infections. What makes S. aureus particularly “dangerous” and successful at the same time is its ability to adapt to strong selective pressures such as antibiotics and disinfectants or host immune responses.

To identify GDAs that may have been selected in vivo we started off by comparing the available genome sequences of hundreds of S. aureus strains isolated from patients and healthy individuals of a community in New York City. We frequently found gene copy number variations in loci that harbor repetitive sequences. Most frequent was gene copy number variation in a locus encoding surface displayed lipoproteins known as “conserved staphylococcal antigens 1” (csa1).

After confirming amplifications and deletions by PCR and long-read MinION sequencing, we investigated how GDAs in these loci develop. Using in vitro evolution experiments we found that stochastic recombination processes created genotypic heterogeneity within the S. aureus population and were able to isolate strains with more than 100 copies of csa1. Gene amplification correlated with increased Csa1 protein levels and, as expected, was unstable, i.e. copy number decreased in some of the evolved strains when these were kept in culture for additional days. Interestingly, amplifications were also observed in vitro when nonsense mutations preventing Csa1 protein expression were introduced, underlining the random nature of amplifications in non-selective environments.

Although the function of Csa1 is unknown, S. aureus lipoproteins are known to bind the toll-like receptor 2 (TLR2) on mammalian immune cells thereby triggering host immune responses, e.g. secretion of cytokines and chemokines. Intriguingly, we found that strains carrying csa1 amplification displayed an increased immunostimulatory capacity, i.e. the higher the copy number, the greater the production of cytokines by the stimulated immune cells. This phenotype was strictly dependent on csa1 functionality since nonsense mutations in csa1 abolished the effect of amplification. Therefore, we asked whether csa1 amplification occurred in vivo, when different selective pressures may act on the array. We detected bacterial strains with amplifications in five out of six mice in our experiments and amplification frequencies were significantly higher than those observed in any in vitro experiment. Additionally, we did not detect amplification in vivo when the csa1 array was inactivated, strongly suggesting that protein overexpression provides a selective advantage in vivo. Unexpectedly, when we compared the virulence of strains harboring different copies of csa1 genes we did not find that copy number correlated with virulence. This suggests that: i) csa1 copy number variation may endow the bacteria with the ability to escape immune recognition rather than enhance their virulence; ii) There is a tradeoff between the benefits and the drawbacks associated with carrying an increased number of csa1 genes. 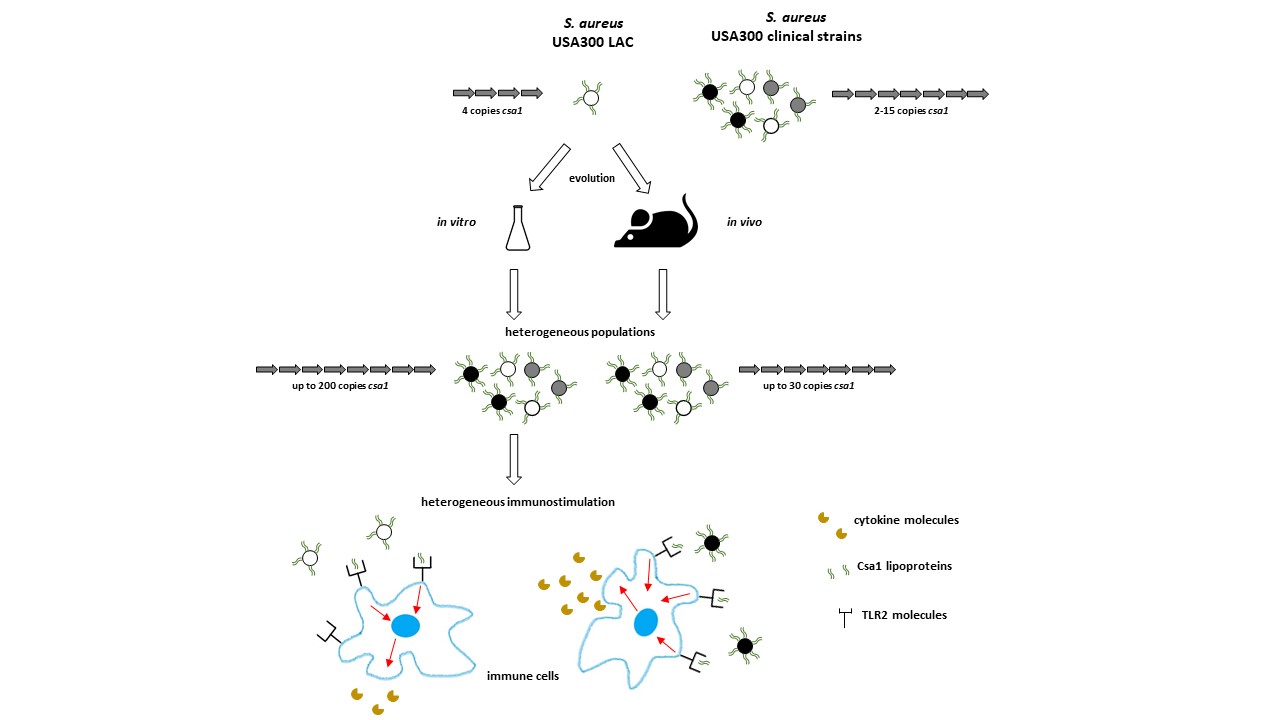 Although we need to perform further experiments to test these hypotheses, we were able to confirm that GDAs generate heterogeneity in clinical isolates of S. aureus and that comparative analysis of GDAs may pinpoint bacterial genes associated with host-adaptation, thereby increasing our understanding of the mechanisms behind pathogenicity. 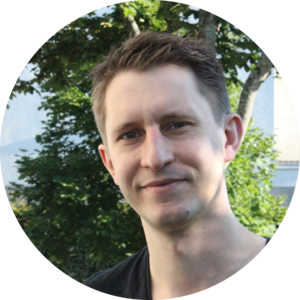