An antibiotic from a sandworm

Many of us have seen coiled piles of sand on the beach; a sign of a sandworm or lug worm burrowing beneath the surface.  In northern Europe and parts of the US Eastern Seaboard, these are often due to a marine worm called Arenicola marina (Linnaeus, 1758), often sought after by seabirds and fisherman at low tide.

But how is this connected to a new antibiotic?

They tested many of these for cellular and microbiological activity, and found that one peptide produced by the worm, arenicin-3, could kill Gram-negative bacteria, which were becoming increasingly resistant to marketed antibiotics.  A spin out, Adenium Biotech, was founded in 2011.

Meanwhile in 2009, I had formed an academic research group at the University of Queensland in Australia focused on antibiotic research. We were approached by the company for help and advice on mechanism of action and selection of a candidate drug for development.  Most of the research group in Australian were ex-industry and were familiar with the challenges of progressing a hit to a lead to a candidate drug.  Whilst many of the initial compounds were remarkably active, they had issues with haemolysis (lysis of red blood cells), and often lost activity in the presence of lung surfactant, which would be an issue if we wanted to treat bacterial pneumonia.

However, given the remarkable spectra of action of the series with activity against multi drug- and extensively drug-resistant bacteria (MDR & XDR), and the lack of alternatives in the pipeline, the project was worth pursuing. We worked together to refine key properties of the molecules by determining the NMR solution structure, arenicin-3.  This was done in free solution and also on lipid membrane nanodiscs.  Together with data from empirical testing on bacteria and human cells, pharmacokinetics and toxicokinetics, this led us to focus on one arenicin derivative, AA139.  In murine models of peritonitis, pneumonia and urinary tract infections, this new antibiotic resulted in a 1,000-10,000 fold reduction in bacterial burden.

However, there remain technical challenges with such a relatively large molecule compared to traditional small molecule antibiotics.  Many bacterial infections are deep-seated, requiring tissue or mucosal penetration of a drug to reach the site of infection.  Commercially, the antibiotic market model is broken, and sadly Adenium joined a long and growing list of biotech companies that have declared bankruptcy, despite the dire medical unmet need for new treatments for MDR and XDR Gram-ve bacteria. 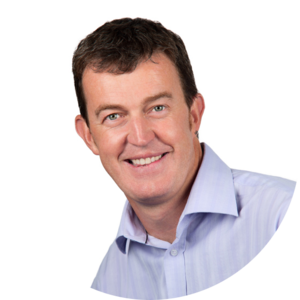