Back in early spring 2020, when the pandemic has started, we met in the lab, and Prof. Gideon Schreiber asked me: "We have to contribute to the global efforts! Do you have any idea?" By lovely coincidence, I was about to finish my work on enhanced yeast surface display (1). This in vitro evolution technique could be directly applied to other projects related to SARS-CoV-2. So I answered with enthusiasm: "Yes"!

I had a thought-provoking plan: not to focus on antibodies, artificial binders, or decoy proteins as the most straightforward application of yeast display technique, but instead to try the opposite direction. Evolving the virus's receptor-binding domain (RBD) might bring us a potent inhibitor and simultaneously allow us to learn something about the virus itself. The views of others were mixed and standoffish. "Virus binding evolved to be tight and efficient already. How can you beat that?" was a general opinion. The biophysical limits of interactions' strength between two proteins are usually orders of magnitude apart from the actual affinity. This is given because function requires specific strength of association, and further optimizations are not needed. In addition, plasticity is also necessary to buffer changes of both binding partners. Intensive selection pressure, such as the virus-host interaction, may lead to substantially strong interactions. That is why my colleagues believed that this will be an exceptionally challenging task to do. But luckily, I was stubborn and persistently repeating: "Let's give it a shot."

A massive collective effort at the Weizmann Institute of Science, organized at unprecedented speed, provided me and others with all the necessary material within a week. Here, I have to gratefully thank all involved. Without their contribution, my work would never be possible. Immediately after receiving the DNA, I started cloning. Similar to other in vitro evolution methods, the yeast display technique uses cycles of mutagenesis and selection for desired properties. In my case, it was binding to the angiotensin-converting enzyme 2 receptor (ACE2). Selection is performed by using fluorescence-activated cell sorting. Cells accompanied with higher fluorescence signals at a given target concentration display tighter binding and are collected for the next cycle. (Note: This is a considerable simplification to provide the reader with a general view of the method.). My aim was to achieve as tight binding as possible. Therefore, I selected only cells with the highest fluorescence intensities. After a month of yeast display cycling, inconceivable become a reality. I got binding signals more than 200-times tighter than those for the wild-type RBD domain. At this stage, the process I adopted started to be impractical. To avoid a ligand (ACE2) depletion effect, I needed to increase my binding reaction volume up to 200 ml. Larger working volumes were just not feasible. Therefore I changed the selection method. I slightly increased the concentration of ACE2 but dramatically reduced the time before analysis. This process is called selection for fast association and was developed by a brilliant Ph.D. student in the lab: Ruth Kohen-Khait (2). One additional cycle with the fast association resulted in clones with more than 600-times tighter binding. Here, we decided to stop, although additional rounds could have increased the improvement even further.

The best clone, RBD-62, was subjected to deeper analyses, including SPR based binding affinity analysis, structure determination by CryoEM, tissue-based virus inhibition experiments and finally, proof-of-concept study with Syrian hamster infection model. During fall 2020, our work was nearly ready for submission. At that time, the Alfa, Beta, and Gamma strains become dominant and started to cause the second wave in multiple countries. The surge of SARS-CoV-2 reports in media was just overwhelming. Still, it helped us realize the shocking similarity between yeast display clones selected for higher affinity and RBD mutations appearing in the real world. The most significant combination of E484K/N501Y emerged in our first library. It displayed the largest affinity gain among the selected clones. Further analysis showed that the occurrence of mutations correlates with increased binding to the receptor.

The virus evolution path is affected not only by the host immune system and adaptation but also by protein and biophysical constraints. The structure of RBD-62 showed such phenomenon in atomistic details (Protein Data Bank ID: 7BH9). The prominence of positively charged residues in the virus evolution, e.g., N439K, N440K, L452R, S478K, and E484K, may not be caused primarily by immune evasion, as is generally accepted. Instead, similar to RBD-62 by increasing an electrostatic complementarity of binding (Figure 1). Without any doubt, if both effects are orchestrated together, the resulting fitness gain would be potentiated. Prof. Kei Sato from Tokyo University, with our contribution, showed that L452R residue is one such case (3).

Strongly beneficial mutations were fixed in our yeast display evolution and dominated in the next round of evolution. In contrast, the neutral ones became only transient visitors and their presence never achieved large abundance. Inspired by the convergence between our yeast display and emerging RBD variants, we analyzed the convergent evolution in Spike protein among existing variants. We showed that several residues appeared independently among multiple lineages, which implicates their fitness advantages.The inhibition studies showed that RBD-62 can be an effective drug candidate. Its different mode of action can be exploited further in powerful mixes with antibodies or ACE2-based decoy proteins that will not cross-react with RBD-62.Primate studies are now underway to further investigate the potential of RBD-62 as drug. The continuous evolution of SARS-CoV-2, and the fading of the antibody response with time, as initiated by the vaccines call for the development of efficient drugs, as long-term response to COVID-19. 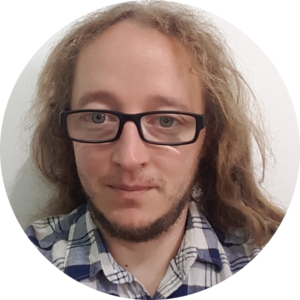