A community from Nature Microbiology
Contributor Nature Plants
Behind the paper

Using adaptive evolution for making photosynthetic microbes tolerant to stressful conditions might be a shortcut for identifying protein mutations suitable to enhance the yield of crop plants.

+1
Dario Leister and 1 other View all
Chair of Plant Molecular Biology, University of Munich (LMU)
Follow 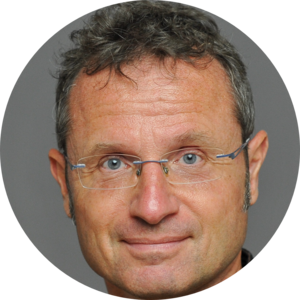 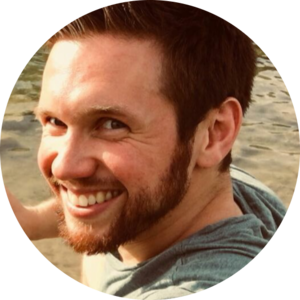 When plant researchers want to experience evolution in real time

Observing adaptive evolution in real time is a treat mostly reserved to microbiologists. More complex multicellular organisms have the unfortunate tendency to require painstakingly long times for their individual development alone, and their evolution is slow and way beyond lab practicality. Flowering plants are also living in slow motion with respect to their evolution rate, in particular concerning their most characteristic trait that is oxygenic photosynthesis. Despite coming with some limitations, this process is certainly one of the most impactful and transformative metabolic tricks to ever evolve on our planet, laying the foundation to our global food web – and hence being totally worth investigating.
While we have not yet arrived at a full understanding of all details of the process, we think that by now there is ample evidence to note that photosynthesis is not as good as it gets. Rather, we assume that photosynthetic robustness can still be significantly enhanced in the face of environmental perturbations as they must be expected to be caused by climate change, or as they will have to be overcome by the occasional Martian potato farmer at some point. Being unaware of all players in the game and some of the rules anyway, we considered adaptive evolution the best strategy to level-up photosynthesis.

We went for the seemingly best alternative to plants at hand – cyanobacteria, who know all the essentials and secrets of photosynthesis, while still coming with all the prokaryotic perks like fast generation times, small genomes, homologous recombination, and multiple genome copies, which we expected to reasonably compensate for detrimental mutations. All of that would make it pretty feasible to evolve, identify, confirm, and investigate adaptive mutations within a researcher’s lifetime – or perhaps even a PhD project. So, we had to give our beloved model plant Arabidopsis thaliana a pass and made do with Synechocystis instead. Since this was our first evolution experiment, and we still had the whole display of selective stresses to choose from, and as we are primarily interested in photosynthesis, we let ourselves be inspired by the name of the process and went for lightstress. Being the primary substrate and energy source that allows oxygenic photosynthesizers to respirate backwards, but at the same time one of the major sources of direct, sometimes lethal photodamage (Fig. 1) and indirect ROS formation, tolerance to high light intensities would be a great first target for our new line of research.

Lots of data for a wet lab group

When the experiment was launched, it was first intended to basically be a high-light recapitulation of a previous study seeking to enhance Synechocystis’ tolerance to heat stress by Tillich and co-workers[1]. One major source of concern was the – according to published data – intimidating degree of polyloidy, reaching more than a hundred genome copies per cell. Later we realized that some 10 copies are a more realistic estimate, but at this point we thought the only way to recover any useful data in terms of fully segregated candidate mutations would be an extremely extended period of increased selective pressure after completing some mutagenesis cycles. Another concern was that we would find only a handful of candidate mutations that at some point swept through the evolving populations, so we split and parallelized the evolution of our initial mutant culture at an early stage.

All these measures made a lot of sense to us, but they made the resultant genomics data much more complex than initially intended. Hence, we were more than lucky to find great helpers in our collaboration partners Edgardo Oritz and Hanno Schäfer, who discussed the most feasible sequencing strategy with us and dissected the data to a degree actually worthy of an independent publication.

Doesn’t quite look like our organism anymore, does it?

Ultimately, we ended up with lots and lots of candidate mutations in total, but a comprehensive amount of (neigh) fixed mutations in individual clones, so that we could chose some favourites for our mutant allele re-constitution experiments. These worked surprisingly well. Maybe at this point it should be emphasized, that the two mutations we investigated in our paper are in fact the only ones we had worked on to this point, so they are not a cherry-picked subset, but a true 2/2 hits. While being a small sample size of course, we consider these two success stories highly encouraging in respect to the published set of candidate mutations as a whole.

Probably one of the most intriguing lessons we learned is that photosynthesis is just as evolutionarily malleable as basically any other trait, with subtle genetic changes resulting in large-scale phenotypic alterations. Thus, it is by no means a metabolic pathway frozen in time or tailored to perfection. In fact, few and unexpected accessory changes can stabilize its performance under conditions vastly different from the respective organisms’ physiological optima. We are a bit puzzled by our own results at this point, but a common feature of both our investigated point mutants seems to indicate that one of the best ways to deal with excess light energy input and corresponding electron availability may simply be to “respire the electrons away”, turning one of the most efficient catabolic reactions in classically heterotrophic growth into an equally efficient valve to alleviate autotrophy-related stress. Also, and rather fascinatingly, our small collection of mutations resulted into strains that do not resemble their ancestral state all that much anymore (Fig. 2). After all, not many people would expect bright orange cultures growing at 3000 µmol photons per m2 and second to be cyanobacteria, aka blue-green algae, which are better-known for their blueish tint and proclivity towards low-light environments.

Green gold from the desert

Back to Nature Plants

Tracking vancomycin resistant Enterococcus faecium: One genomic analysis pipeline to rule them all
Contributor Nature Comms
Behind the paper