Activation of a putative mating response in arbuscular mycorrhizal fungi

Arbuscular mycorrhizal fungi reproduce clonally much of the time, making experimental demonstrations of sexual reproduction in these fungi elusive. Here, we show the first evidence of in planta activation of putative mating genes in these fungi.

Arbuscular mycorrhizal fungi (AMF) form one of the most widespread symbioses in nature. These fungi are symbionts of ~80 % of the world plant species. They are interesting for their ecological impact on plant species and their possible application in agriculture. These fungi provide nutrients such as phosphate and nitrate to their host in exchange to plant carbohydrates and lipids and play an essential role in phosphorus and carbon cycles.

Because AMF species such as Rhizophagus irregularis likely reproduce clonally much of the time, they were considered asexual. Despite this, several pieces of evidence point to a likely sexual nature of AMF, including: 1) Identification of the complete meiosis machinery in their genome, 2) the presence of fungal sex-determination transcription factors in their genome, 3) the identification of a putative MAT-locus and 4) signatures of recombination in natural populations.

Although the previous findings were based on genome scans and revealed the presence of gene homologs related to sexual reproduction, we wanted to understand if there could be specifically expressed functionally active genes involved in mating and sexual reproduction when two genetically different isolates of the same species coexisted in plant roots.

We performed an experiment where we compared the fungal transcriptional response when two isolates of the same species coexisted in roots compared to when the isolates colonized the plant roots alone.

To our surprise, the majority of up-regulated genes for which we could identify a function, were related to fungal mating. Indeed, we identified genes, where homologs in other fungal species are involved in: pheromone reception; cell survival to pheromones; involved in MAPK pathways; encoded in MAT-like loci; formation of mating tubes; meiosis; sexual sporulation and mating regulators.

These results are very exciting as they show that multiple components of the molecular machinery controlling mating are activated when two genetically different AMF isolates meet inside the plant root. The activation of a putative mating response in AMF, adds up to the list of evidence suggesting that AMF could exploit sexual reproduction.

However, we are not there yet. We still need experimental evidence showing that recombinant progeny could arise from the crossing of genetically different isolates and that the putative mating response is activated in the process. This kind of evidence would definitively demonstrate the elusive hidden sex-life of AMF.

You can find all the details of the study here. 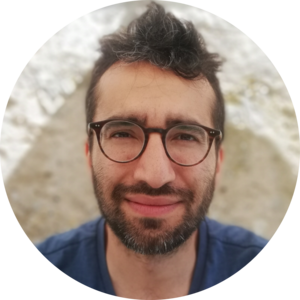