Sulfur-cycling microbes are major drivers of biogeochemical cycles in marine sediments, and now Acidobacteriota are firmly implicated in this process.
Kenneth Wasmund
Dr., University of Vienna
Follow
Like Liked by Oded Béjà and 1 other
0

Around when I started my Postdoc in the Division of Microbial Ecology, Uni. of Vienna, my supervisor Alex Loy said he would buy us a beer if we uncovered the identities of the unknown dsrAB-harbouring microbes in marine sediments -- I hope he remembers those words! #winkwink.

Jokes aside, in Alex’s group we are super interested in microbes that use sulfur compounds to conserve energy, and indeed, marine sediments are a great place to find them. As subsurface sediments often lack oxygen, anaerobes dominate. Some microbes can drive anaerobic respiration using sulfate as terminal electron acceptor -- the so-called ‘sulfate-reducers’. They are widespread in marine sediments because sulfate is abundant in seawater. You likely know the consequences of the activities of sulfate-reducers, as it leads to the formation of large quantities of sulfides -- the stinky ‘rotten egg’ smell you sometimes come across at the beach or lagoon.

Because sulfate-reducers are biogeochemical powerhouses in sediments, they have been studied for years, with various isolates known from the good ol’ Deltaproteobacteria (now ‘Desulfobacterota’) -- they play key functional roles in sediments, soaking-up fermentation products of other microbes.

Apart from traditional cultivation methods, sulfate-reducers can be studied in the environment by analysing sequences of dsrAB-genes -- these encode the dissimilatory sulfite reductase -- one of the key enzymes used for the reduction of sulfite/sulfate, and that can also be used in some other sulfur metabolisms.

Intriguingly, various studies over the years have shown that dsrAB from Desulfobacterota were dominant, but that a significant proportion of sequences exist for which we had no idea who they belonged to. “Who are yoouuuuuse!!!”, we quietly conjectured...

In this project, we were privileged enough to join a crack team of scientists from Uni. of Tennessee in the USA (Joy Buongiorno and Karen Lloyd) and real sediment gurus from Aarhus Uni. in Denmark, where we sampled sediments from the fjords of Svalbard, in the ARCTIC! Just picture massive glaciers, polar bears, walruses, whales, stunning beauty, and best of all, heaps of muddy MUD mud!  What great memories science can give us, sometimes at least, you know what I mean ;-). Nevertheless, coring and processing mud on the back of a small ship in the frigid cold waters with shifty weather was pretty hard work (well, relative to the brutal work of pipetting in the lab, or doing bioinformatics in your pyjamas), but worth it, and strangely enjoyable!

From these Svalbardian sediments, we of course wanted to know who is there and what they are doing, and especially about the sulfur-cycling bugs. To do this, we applied a metagenomic approach, i.e., we sequenced the heck out of sediment DNA and pieced together microbial genomes with computing power. Excitingly, some of these unknown dsrAB genes showed-up in the genomes of Acidobacteriota (Acidobacteria), as they seem to be naturally enriched there -- lucky!!! (but you never know if you never go!).

This was also cool, as Acidos are one of the dominant bacterial groups in terrestrial environments like soils, but have barely been studied in marine systems.

Next, we did our best to interpret the gene content of these new Acidobacteriota, that we tentatively named Candidatus Sulfomarinibacter and Ca. Polarisedimenticola. Interestingly, they are equipped with genes to exploit various sulfur compounds for energy conservation, including sulfate/sulfite, and sulfur intermediates like elemental sulfur and tetrathionate. It seems they are somewhat sulfur-cycling whizzes. We also speculated some might be capable of performing sulfur disproportionation, a type a ‘inorganic fermentation’, since they encode certain sulfur-trafficking proteins implicated in this metabolism.

Apart from various other metabolic potentials, we also found various cytochromes that are very likely secreted from the cytoplasm to the outside of cells, and that may therefore give these Acidobacteriota capabilities to transfer electrons to/from insoluble electron carriers. Possibly, they could be things like metal oxides that are also common in marine sediments. This might also fit with the especially high concentrations of iron and manganese in the fjord systems of Svalbard.

To explore and test some of these predicted metabolisms, it was Mathias Flieder to the rescue, a Master student at the time and now PhD candidate in the group -- he got busy in the lab, and nicely showed that these Ca. Sulfomarinbacter express dsrB transcripts in situ and over various depths of sediments. This suggests they indeed actively use their sulfur metabolisms in the seafloor. He also skillfully showed that expression of unusual/barely studied cytochrome-based tetrathionate reductases were indeed triggered by tetrathionate added to controlled microcosms, a sulfur-cycle intermediate that might be reduced when available.

After this progress, the realities of science and life struck, and Mathias had to move on to a new PhD project (exciting though!), and so we thought it would be best to share what we know about these new marine Acidos.

Indeed, much work still needs to be done, as these metabolisms ultimately need to be tested in the lab, but first we need to actually isolate/enrich them. Although that is certainly easier said than done, we have started such work, and would hope the information we uncovered could help invigorate and inform such work.

Finally, we would like to take the chance to thank key members of the Svalbard sampling expeditions that helped make this possible, and highly enjoyable -- especially logistical organizers Alex Michaud,  Susann Henkel, Katja Laufer and Bo Barker Jørgensen, as well as the pro coring teams of Claus Pelikan, Hans Røy, Carol Arnosti, Laura Wehrmann, Katie Sipes, Giacomo Vitali and China Hanson, and of course Captain Stig and shipmates of MS Farm! Thanks legends! 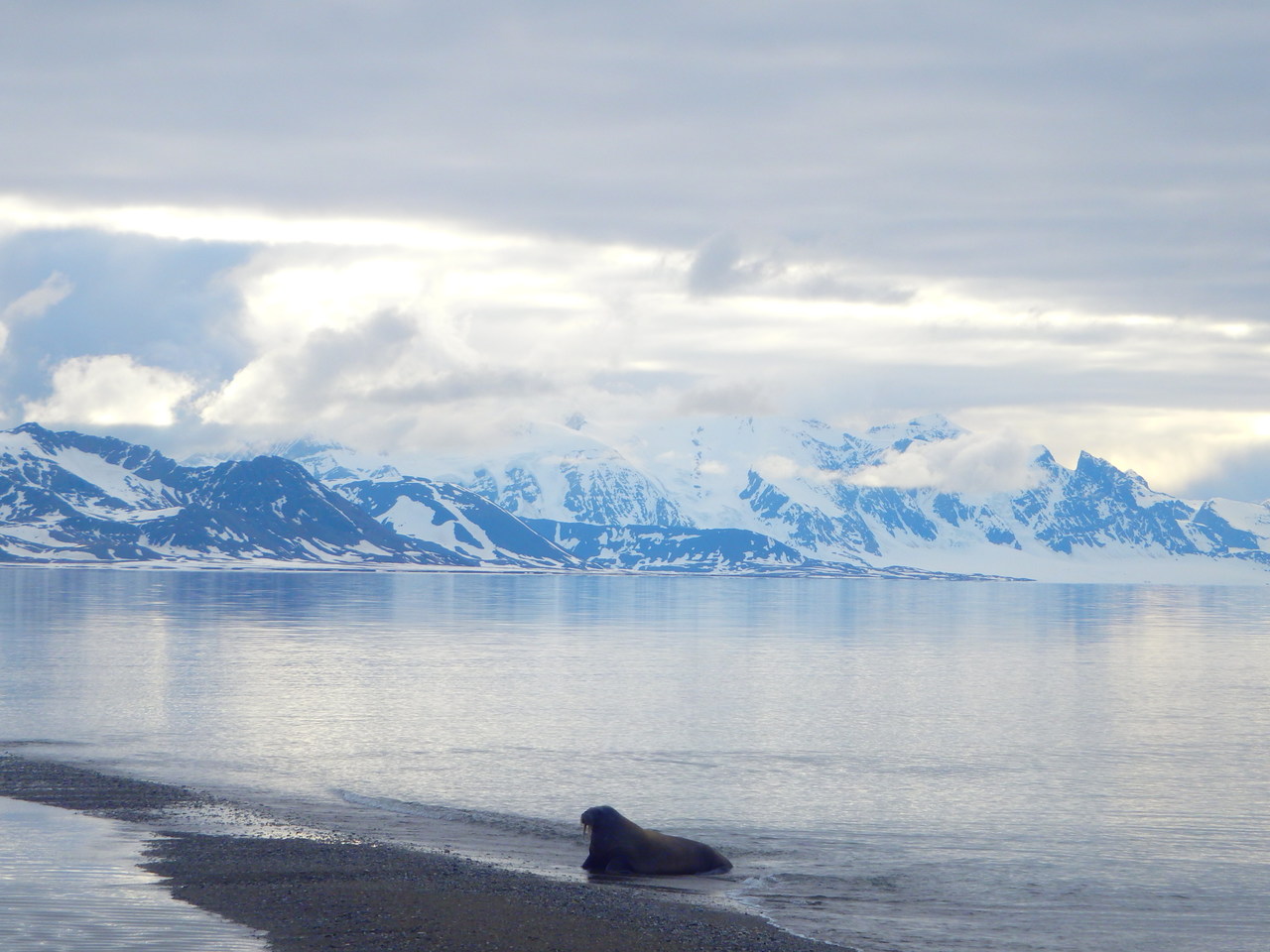 Sulfur-cycling microbes are major drivers of biogeochemical cycles in marine sediments, and now Acidobacteriota are firmly implicated in this process.